The Rocket League Tournament Update adds a few other patches to the game including:

The devs at Psyonix are also adding several quality-of-life improvements to Rocket League for Nintendo Switch. The Switch patch will focus on performance and visual updates. 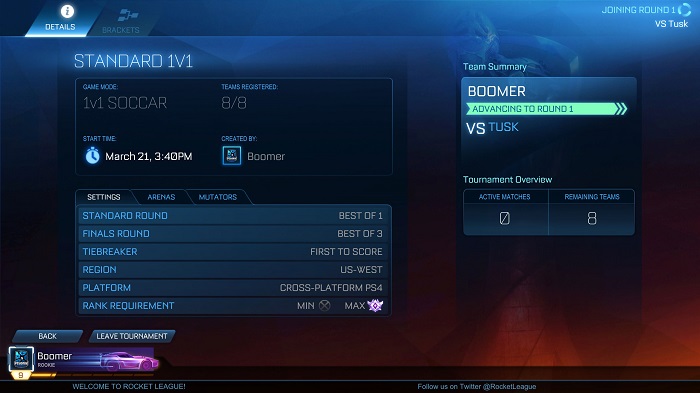 The Rocket League Tournaments update is scheduled to go live on April 3. The patch is scheduled to hit Nintendo Switch, Xbox One, PS4, and PC all at the same time pending approvals.