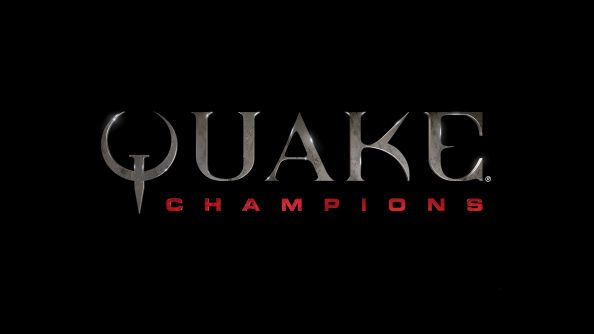 Quake Champions has been puttering around Steam for the past year in Early Access, but the developers at id Software hope to add some pep back in the game's step with the latest patch which will be deployed on March 15. They posted this pretty amusing video on the official Quake Twitter account earlier today. How do you pronounce gib again? Maybe we should ask Steve Gibson.

Little Jimmy can't get frags in #Quake. What's he to do? Why, play Instagib, of course! It's for EVERYONE! pic.twitter.com/fqzp5vQWlc

Joshua Boyle, Quake community manager, posted the extensive patch notes for the March patch to Quake Champions. The highlights are definitely the introduction of Ranked 2v2 Team Deathmatch, as well as the ability to remove Champion abilities in custom games. That's right, we can finally just play Quake again, Shackers. If you are UT-lover, you might be happy to hear that id Software has also added Instagib for your casual candy ass.

The Spring Celebration comes with new content players can unlock during the season of Cthalha:

Quake Champions is in rough shape in an increasingly competitve landscape for arena shooters and in the face of an explosion of Battle Royale games that are vying for gamers' dollars and time. While we are reserving judgement on the game until it actually comes out of Steam Early Access, these updates in the latest patch are somewhat encouraging.

If you are on the fence about Quake Champions, or you are a diehard fan in need of a longread, check out Rocket Jump: Quake and the Golden Age of First-Person Shooters. It is our definitive history of the franchise deep in the heart of Shacknews.