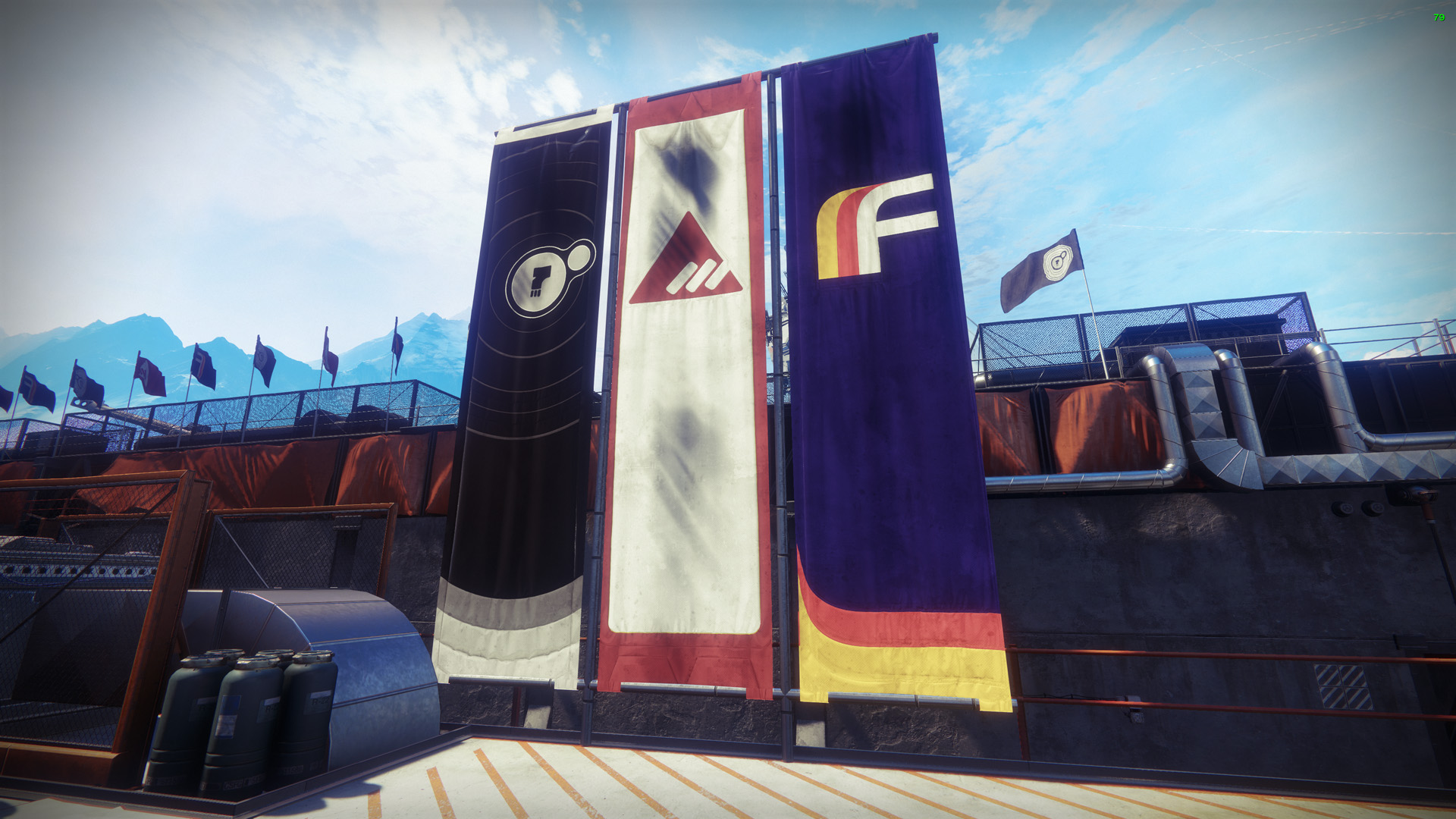 Rarely is there an objective answer when you’re hoping to figure out what the best gun is in a game, or with whom you should choose to align yourself. Such is the case with Destiny 2 and each faction rally. It is nearly impossible to choose a best, since each Guardian that steps into the Tower does so for different reasons. For me, it’s all about fashion.

What Faction Has the Best Weapon?

Based on the meta for the best weapons in Destiny 2, There is no winner when it comes to who is offering the best gun. Your choices are two pulse rifles and a scout rifle, but none of them can give you what you should already be packing in your vault. 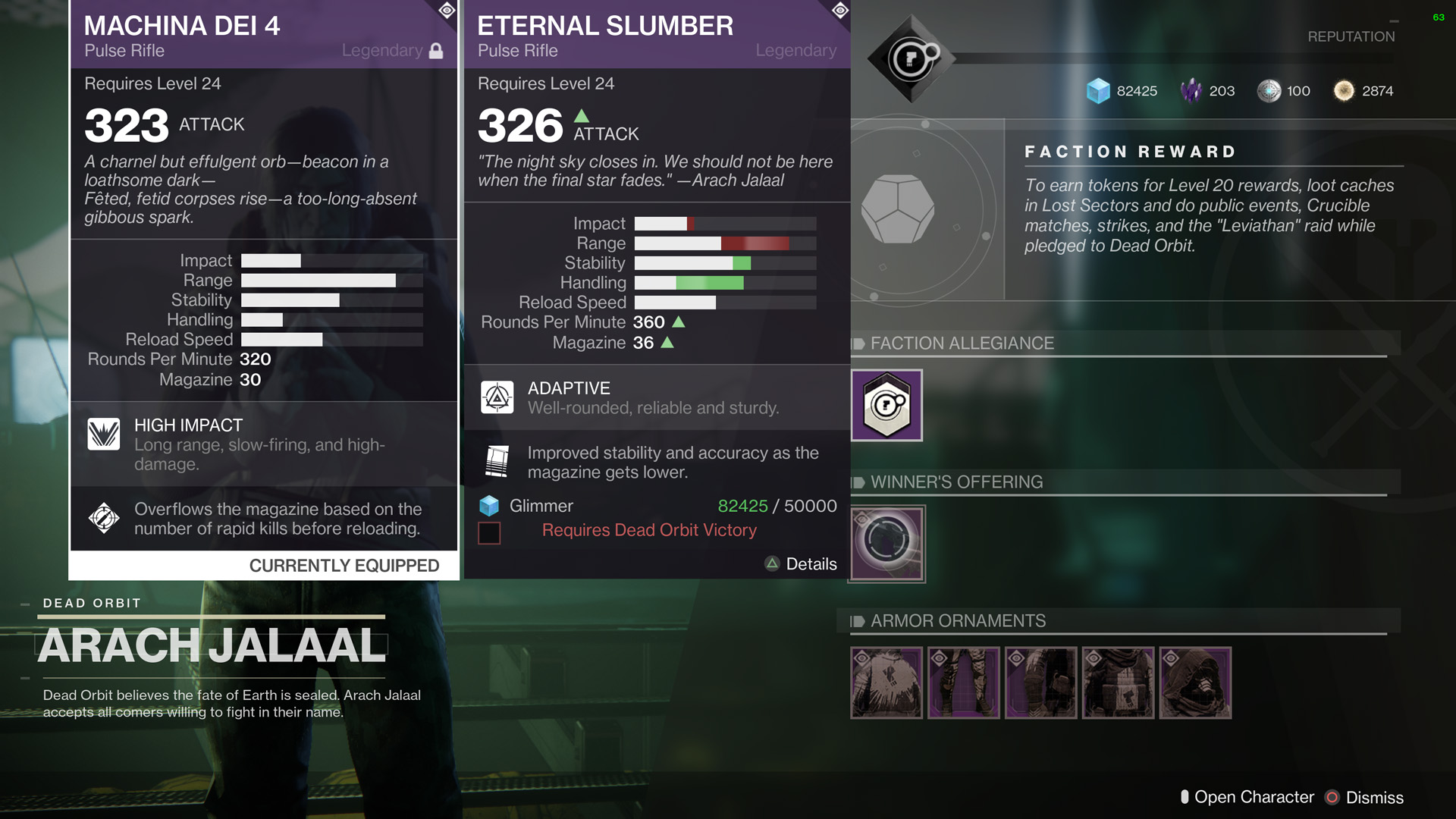 It’s a pulse rifle, and you rarely see those being used in Destiny 2. It’s hard to imagine that this one will be any different. It has great stability and handling, but at the expense of range. The perks are nothing to get excited about. Under Pressure is the main trait, giving this weapon improved stability and accuracy as the magazine gets lower. 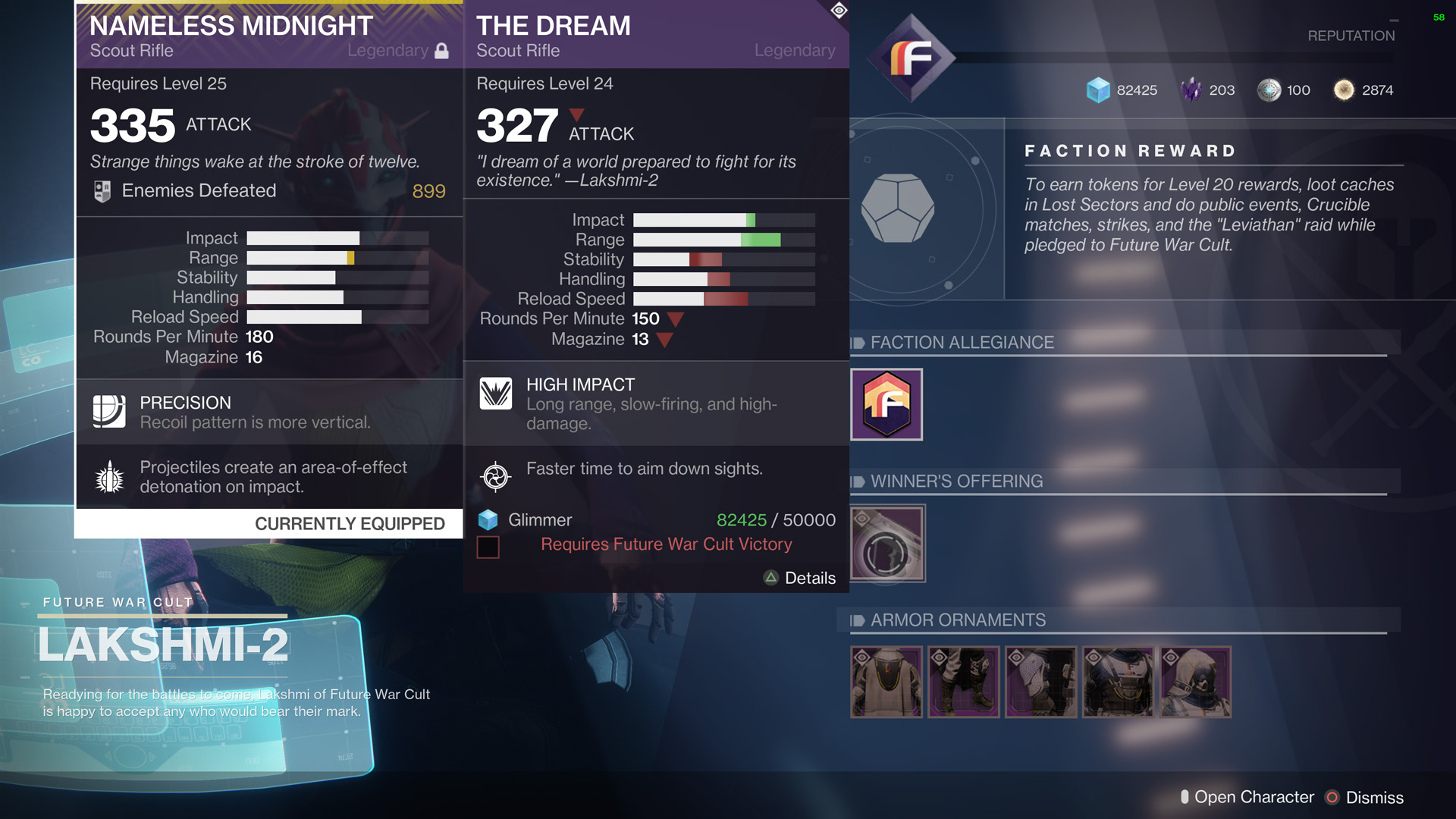 The best scout rifle in the game is probably Nameless Midnight. The Dream has better impact and range, which is great, but it loses out with lower stability, handling, reload speed, rounds per minute, and magazine size. At this point, I’ve become so used to my Nameless Midnight that it will take a truly special weapon to pull me away from it. This isn’t it. 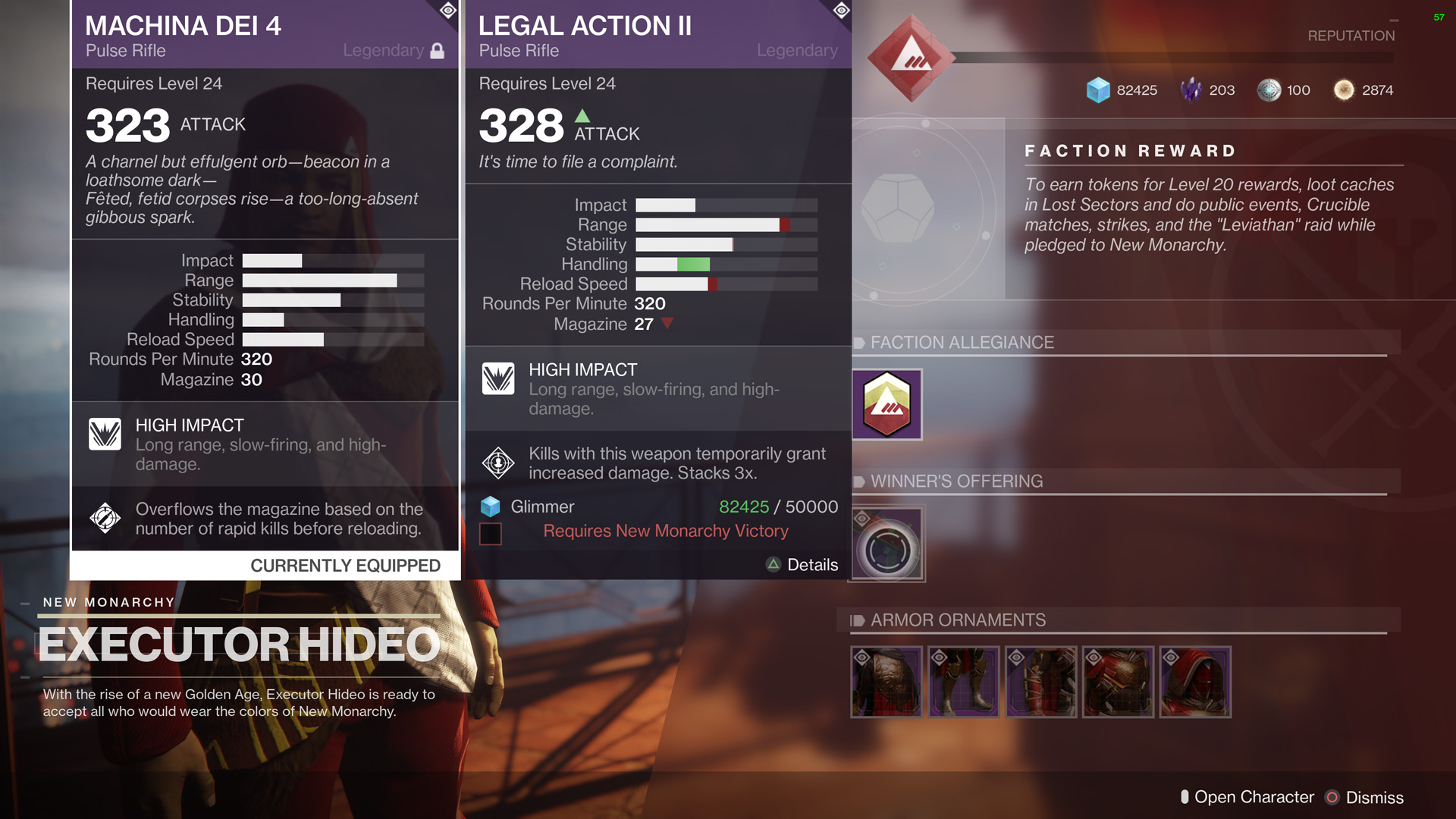 Another pulse rifle, almost immediately excluding it from consideration for me. If you want to give it a fair shake, however, it’s reasonably comparable to the Machina Dei 4, a pulse rifle you could earn from the Lost Prophecy selection as part of the Curse of Osiris DLC. If you’re really into pulse rifles you could consider this, but only because it comes with the Rampage trait. Kills with this weapon increase damage, stacking up to three times.

I still don’t believe there is a weapon that stands out here, but be true to your style. If you love scout rifles you should use that to make your decision. If you still can’t decide on which weapon is best, I urge you to visit the DestinyTheGame subreddit. The community tends to sort this stuff out on its own.

Why Choose Only One?

Did you know that you can pledge allegiance to all three factions? If you have three characters, pledge one character to each, this way you get the weapon discount next week no matter who wins. It also leaves space to change your mind, or collect all the armor types if that’s a priority for you. Personally, I’ll be choosing Dead Orbit to get my hands on the full set of Hunter armor and ornaments, but I’ll pledge to all three so that I can snag a cheap weapon if the mood strikes me.

The faction you choose this time out should come down to priority. What matters to you? Are you just a Dead Orbit junkie no matter what? Back Dead Orbit. Do you love scout rifles and must collect them all? Back Future War Cult. Are the shaders from New Monarchy better than the rest? That’s as good a reason as any.

Read more about the ins and outs of being a Guardian with the Shacknews Destiny 2 complete strategy guide.