It's been a good time to relive the Star Trek experience. On top of new television series Star Trek: Discovery concluding its first season and VR enthusiasts getting to board their starship with Star Trek Bridge Crew, there's still the ongoing MMORPG from Cryptic Studios, Star Trek Online. While the game is still going strong, publisher Perfect World had some news on Tuesday for those more interested in physical goodies.

Perfect World and developer Cryptic Studios have partnered up with Mixed Dimensions for a 3D printing deal that will allow Star Trek Online users to order custom 3D-printed models of their own personal starship. The service will utilize the Mixed Dimensions GamePrint tech to offer 3D prints crafted by the company's team of artists. Players can upload their ships to the GamePrint website and purchase a physical copy of their ship, with different prices available for different sizes. Ships can either be delivered as color models or as primed models, allowing the users to paint their ships themselves. Exact pricing is not available at this time, but the service is expected to roll out in March. 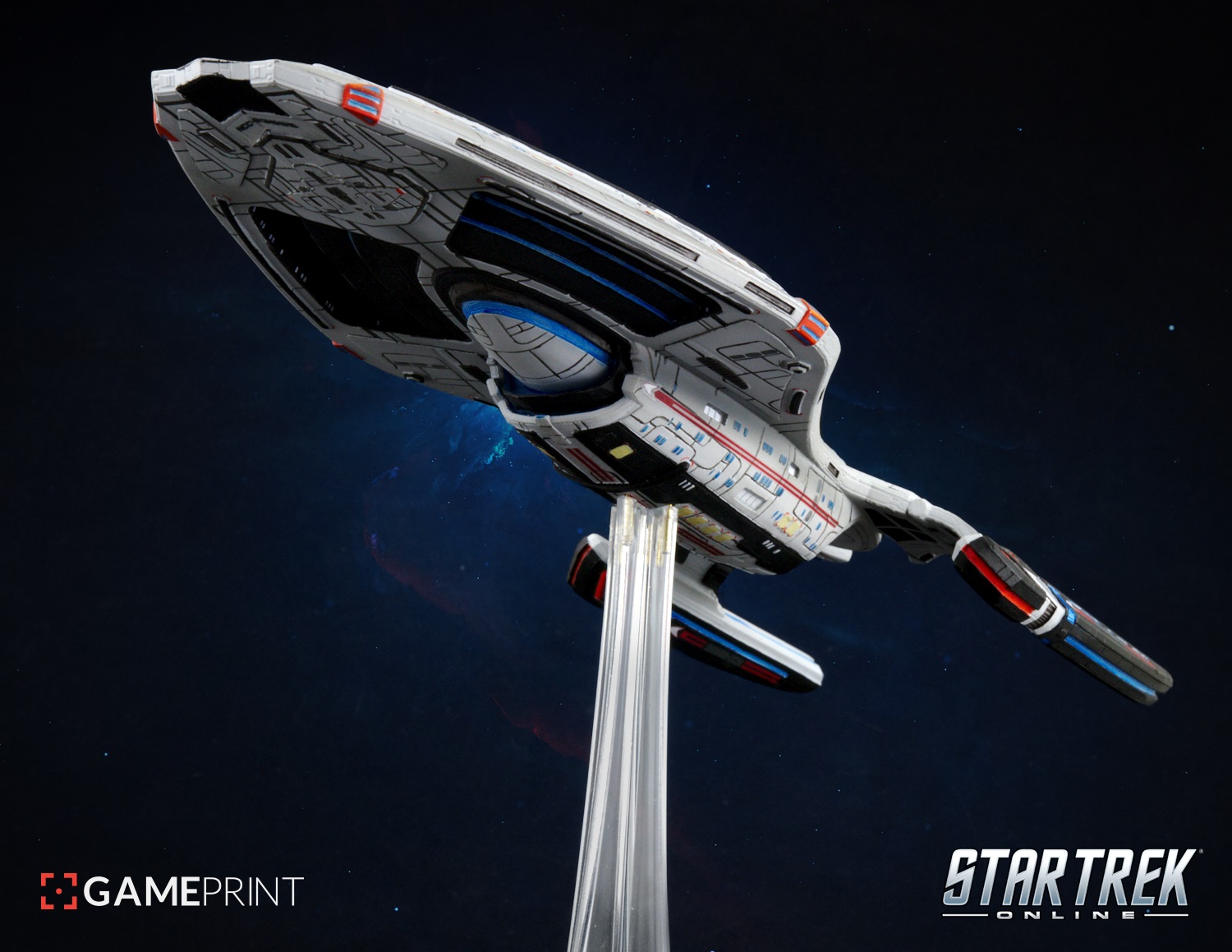 Star Trek Online is currently in the middle of Season 14, Emergence. This sees players exploring a new colony world alongside Captain Geordi La Forge, with LeVar Burton reprising the role from Star Trek: The Next Generation.