Mega Man Legacy Collection 1 & 2 Blast Onto Switch This May

The Mega Man 30th Anniversary stream from back in December was home to an exciting handful of announcements, including the reveal of Mega Man 11. The game was announced for the Switch and, to complete the circle, all of the previous Mega Man titles were announced as part of various collections that would be coming to the Switch as well. The main series has been split between two editions called Legacy Collections and will arrive in stores on May 22 for the Nintendo Switch.

The news comes via Capcom Unity and the collections will be a perfect window into the evolution of one of gaming history's greats. Mega Man Legacy Collection contains Mega Man 1-6 and Legacy Collection 2 contains 7-10, giving players plenty of content to reacquaint themselves with before the blue bomber returns in Mega Man 11. 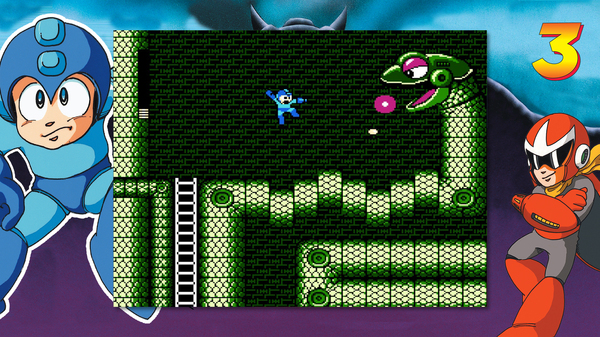 The DLC from Mega Man 9 and 10 will be included in full, opening up time attacks, bonus stages, and more. Amiibo support is included in Legacy Collection 2 as well, unlocking new challenges no matter what Mega Man amiibo you use.