Over the weekend, the collegiate Overwatch season came to a close in grand fashion. Blizzard teamed up with the folks at the Fiesta Bowl to host the National Championship semifinals and final game from Arizona State University. The Overwatch Fiesta Bowl proved to be a thrilling event, as UC Berkeley prevailed to become back-to-back college Overwatch national champions.

It proved to be a big weekend for college esports organiztion Tespa. But while the Fiesta Bowl was a big event for the organization, Tespa isn't stopping there. Shacknews spoke to Tespa co-founder Adam Rosen to learn more about how the Overwatch Fiesta Bowl came together and what's on the horizon. 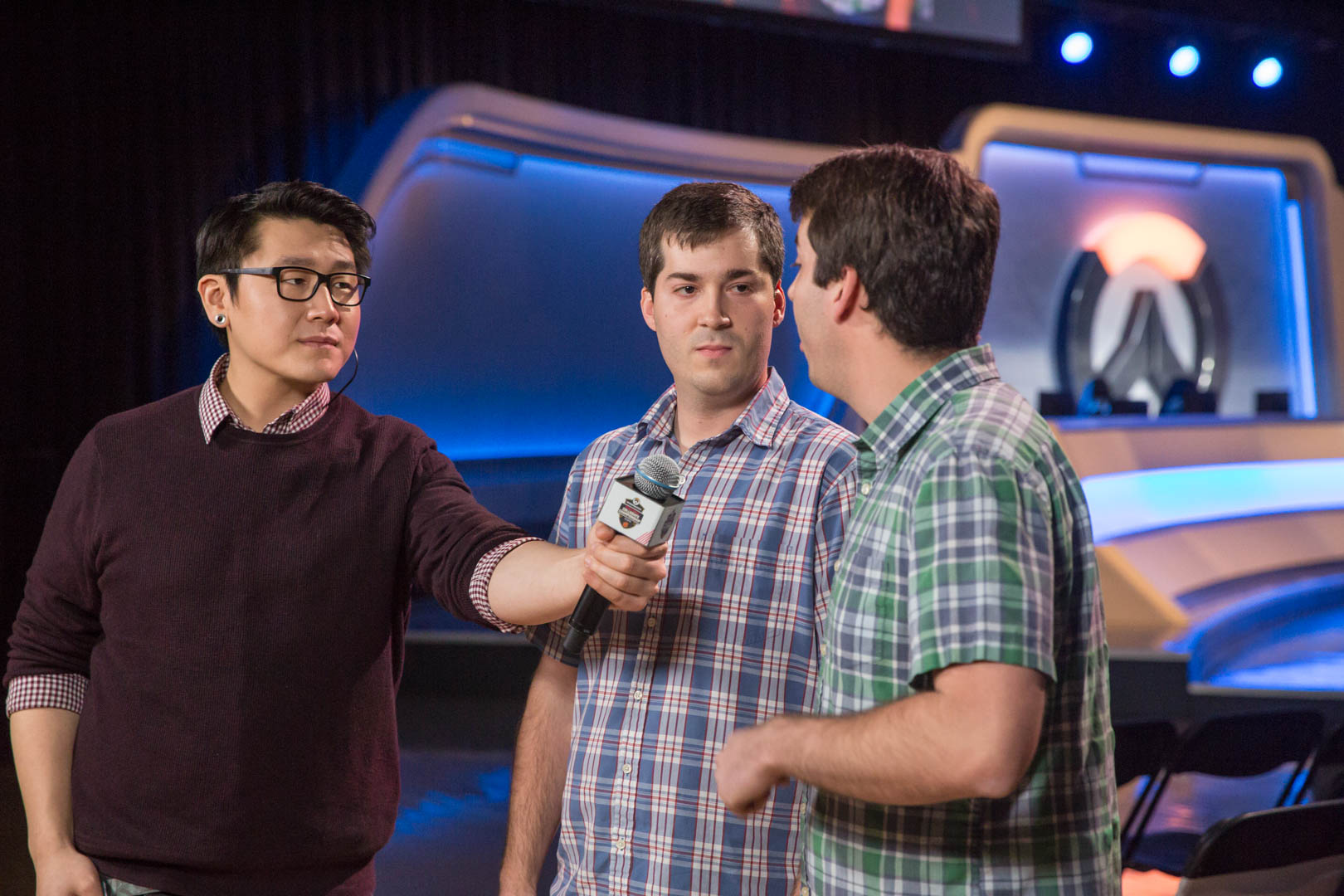 Shacknews: How did the collaboration with the Fiesta Bowl come about?

Adam Rosen, Tespa co-founder: We first started chatting with Fiesta Bowl only about two months ago. We started talking about Fiesta Bowl expressed an interest in collegiate esports, because they have a rich history of hosting collegiate sporting events. So we started talking, one thing led to another, and we learned that they really believe what we believe, in terms of the power of collegiate esports. So we put our heads together and ultimately decided to collaborate on this National Championship event.

Shacknews: What was the plan for the Overwatch National Championship prior to Fiesta Bowl's involvement?

Rosen: We had been planning to host a standalone National Championship event. But I think our partnership with Fiesta Bowl has allowed us to take it and make it much bigger than it would have been otherwise, for one. Two, [they helped] start to integrate it into the broader collegiate sports style, which is really special and something that we care a lot about. And then three, also take it and expand the presence around the event to do a lot that maybe we wouldn't have otherwise.

So as an example, some of the things we have been doing with the players this week I think are really great traditions that the Fiesta Bowl has. For example, doing a charity event where we took all of the teams to meet the local Boys & Girls Club in the area and play games together. We had a traditional player dinner, where we welcomed all of the players. There's a rich history and tradition with the Fiesta Bowl that we were able to merge with this event and make it really special.

Shacknews: Seeing where we are today, how do you feel the collegiate esports scene has grown in the past year?

Rosen: Oh, it's grown phenomenally and we were actually pretty surprised with how quickly it's growing. When we first set out to grow collegiate esports when we first founded Tespa eight years ago, we had dreamed of this world where collegiate esports was at a level of prominence on college campuses that collegiate sports were, like football and basketball. We always hoped that we would hit that moment. But I think it's grown a lot faster than we ever expected. Over the last year, we've seen a lot of interest from traditional sports organizations. We've seen lots of interest from individual universities. And we've also seen a lot of official programs sprouting up amongst these universities.

When we used to do collegiate esports, live events... like I look back at the first Heroes of the Dorm, where we took the top four teams and had them at the Finals, the universities for the students that were participating didn't really know what was going on. They didn't really get it. They didn't really pay a lot of attention. Looking to today, where we are with this event, every single university is fully supporting their team. They're actively involved. It's night and day looking at that growth. 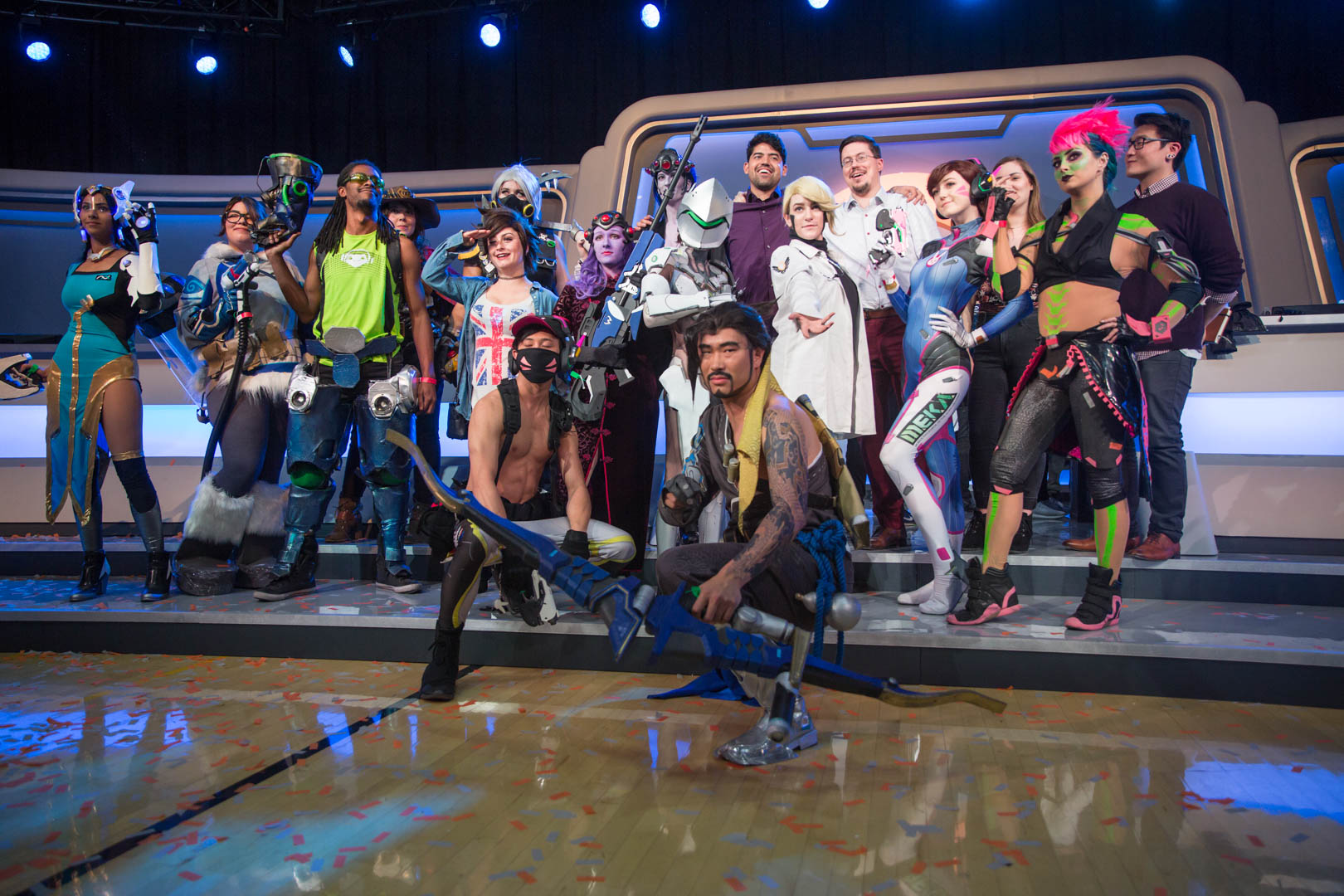 Shacknews: Tespa's schedule has been structured differently for this past year, dividing the games out by season. Now that we're coming to the end of the collegiate Overwatch season, how do you feel that structure has benefitted both the organization and the players?

Rosen: We do have seasons for each of our games, similar to traditional sports schedules on college campuses. Where you have football in the fall and basketball in the spring, we take a similar approach with collegiate esports. We believe that in order to have a really successful season, we also need to provide students an opportunity to have an offseason, where they can participate openly, where new talent can be discovered, where school and university teams can focus on infrastructure. So by providing a regular season and an offseason, we see the schools are able to go back to the drawing board after this season, tweak how they're structured, tweak their teams, recruit new players, and be that much stronger for the upcoming season. I think we're seeing the level of competition rise much more rapidly than we would otherwise if we had just a straight season all year round.

Shacknews: I've heard about schools that have gone all-in on esports, like UC Irvine, but then on Media Day I also spoke to the UC San Diego players and they were talking about how the school hasn't gone all the way in on the esports idea. So how is Tespa going about pitching the idea of collegiate esports to schools that either haven't explored the idea or have been slower to accept it?

Rosen: We're a big believer in role models. So what we like to do is we've seen a lot of universities this year begin to adopt esports. That means official programs, like UCI. We've seen scholarships for the players, universities actively recruiting students to participate on their teams. We've seen an on-campus gaming arena. We've seen coaches. We see this entire infrastructure. And one of our motives and one of the ways that we approach the space is to shine as much of a spotlight on the value that that's providing to students on that campus.

Naturally, we'd love to go out and engage every university in the United States and Canada and talk to them about the powers of esports and really introduce them to this world. But unfortunately, it's not scalable to talk to every single university, so we're taking the approach of working with universities that do have a lot of programs, really shining a spotlight and promoting what they're doing and showing the value and good that it provides for the community. Then when universities are ready to take that leap and reach out to us, we're working with them proactively to help to structure programs that benefit their students.

Shacknews: What's the difficulty in organizing events like the Overwatch Fiesta Bowl to avoid coinciding with critical dates like finals and midterms, especially with so many schools that run on different academic schedules?

Rosen: It's challenging. One of our core values at Tespa is "students first." So when we are hosting these leagues, we pay a lot of attention to making sure these leagues don't start before classes start. We want everybody to have a fair opportunity to register, to form their team, and then that critical events don't happen where students would have to decide between participating in esports and their academics. We really think that in order for students to be successful and have long and healthy careers, they need to as much effort into the academics, if not more, that they put into playing on the competitive stage. So we also have things like GPA requirements, enrollment requirements, etc. So it's not enough for a student to play. Once they win, they're also going to have to maintain certain levels of academic standards for them to be able to receive prizing or to be able to compete. 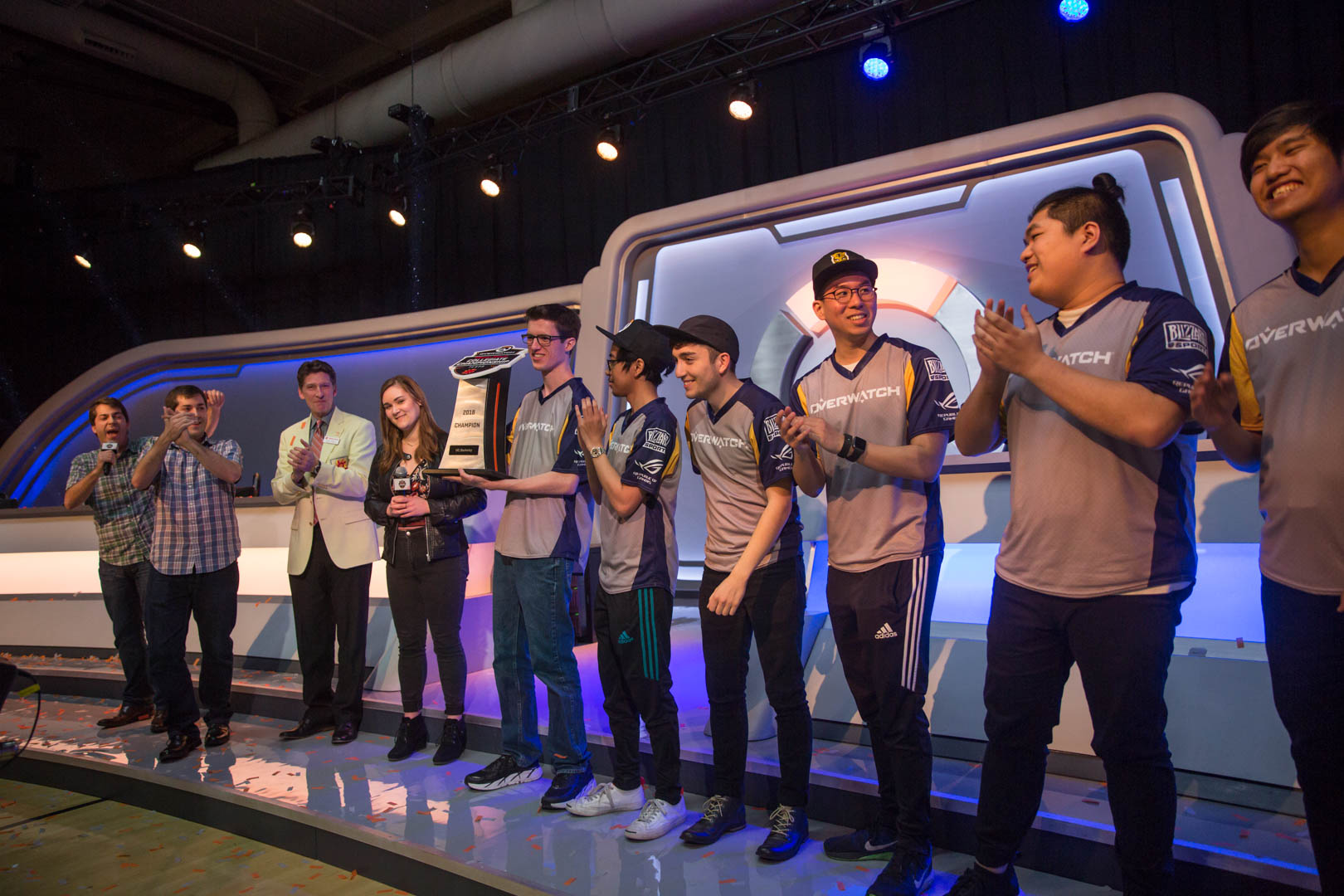 Shacknews: Has the rise of professional leagues like the Overwatch League changed Tespa's mission in any way? Is there now a part of you that wants to help some of these kids eventually go pro?

Rosen: I think we're seeing a lot of benefits from big, professional leagues like the Overwatch League in the collegiate space. The primary benefit that we're seeing is that there's a lot of interest, there's a lot of visibility around Overwatch and competitive Overwatch, specifically. We're getting a lot of partners coming to us, hearing about esports for the first time, often times through something like the Overwatch League and we think it provides a tremendous amount of value.

The question about the opportunities for students to be able to participate at the collegiate level and then earn spots on pro teams is something that we see and will continue to see naturally. I think when we look back over some of the leagues that we've hosted over the past few years, we have seen students who have gone on to win the National Championship and from there get recruited or eventually make their way onto professional teams. I think every single major event that we've had in the past, we've actually seen students go on to compete at the professional level from there.

It's not our mission, per se. We're not doing what we're doing in the collegiate esports space to allow students to find a pathway onto pro teams, but we think it's a tremendous benefit and it's a really great side effect of what we're doing.

Shacknews: And how does Tespa hope to continue its growth in the next year?

Rosen: So I think one of the things that we're really focusing on right now is teaming up with the right partners that believe what we believe. There's a lot of interest in the collegiate esports space right now. There's a lot of opportunities. We've seen it just based on the growth over the past year. So one of the things that we're focused on is partnering with groups like the Fiesta Bowl, who believe in the huge opportunity to take what we're doing here and make it that much bigger and that much more impactful for students.