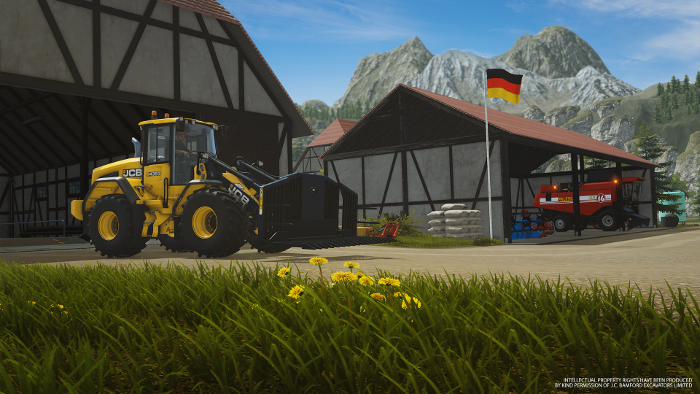 Since the dawn of agriculture, mankind has asked itself the eternal question: “What is pure farming?” It is an inquiry that has stumped the most learned of scholars and most pious of monks as they learned to grow and cultivate food for themselves and the masses. Fortunately for me, I am not burdened with such wonder because to me Pure Farming 2018 is just the latest in a series of farm sims from the developers at Ice Flames and their publisher, Techland.

It’s a simple concept, players take on the role of a farm owner to grow crops and raise livestock, then sell said crops and animal by-products and expand their business. There are even options to farm green energy by setting up solar panel fields.

Pure Farming 2018 has an abundance of licensed real-world tractors, plows, pickup trucks, and harvesters for players to use in the proper situations and there’s even a drone for surveying the farmland and finding new land for purchase. Maintaining properly running equipment will also play a factor in the overall experience. 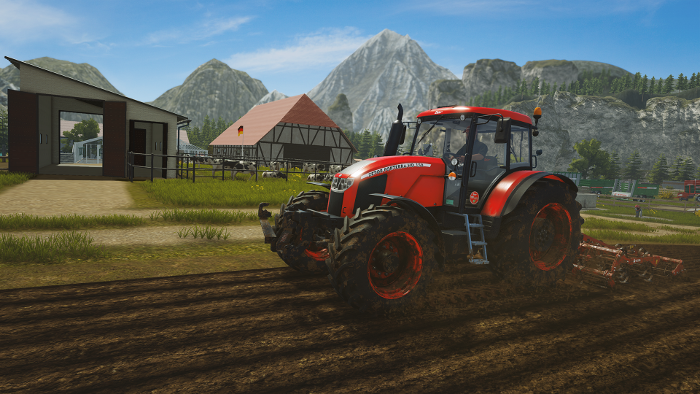 Players will be able to flex their green thumb in three different game modes. My First Farm will take players through a story scenario where they’ve inherited their grandpappy’s farm and a healthy amount of debt along with it. Clearing the debt and expanding the business should help teach anyone the essence of Pure Farming.

Farming Challenges will put players up against various scenarios with specific goals for . While Free Farming will offer up that hardcore, flying by the seat of your pants farming experience that sim fans are looking for. Free Farming lets players pick any location and farm and set their own parameters and see how far they can take it.

From a gameplay perspective, it’s all looking very straightforward and sort of what someone would expect if they were into these types of games. The real emphasis for this year’s iteration seems to be focused on the global farming aspects of Pure Farming 2018. Players will start out in Montana growing their fields and raising cattle, but will quickly get the option to buy some satellite farms and travel around the globe, making sure the land is cared for properly. 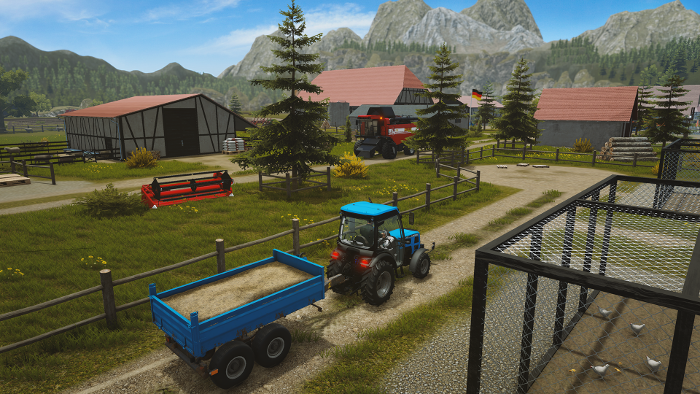 Each farm will offer up their own unique set of crops to grow and maintain as well as the proper farming equipment to raise and harvest it all. For instance, Japanese farms will feature rice fields and cherry blossom orchards while Italy will find players growing grapes and olives.

Probably the most interesting crops, however, come from Colombia where players will be able to grow coffee and industrial hemp. Okay, it’s not the first Colombian “crop” we all thought of when we learned that the South American country would be an in-game location. But it’s not like a family-friendly game like this is going to have a Scarface mode.

Still, the inclusion of industrial hemp is an interesting one since this game's audience runs such a broad age range. Not that I think there’s anything wrong with growing hemp, but all snickering teenage jokes aside, the plants look just the same as a cannabis plant. I’m curious if that’s going to freak out some parents when they glance down at a screen and it looks like little Billy is raking in the dough growin’ the kind in his Colombian field. Hopefully, hypothetical Billy and his imaginary parents are smart, progressive, pretty chill, and recognize the difference in the two cash crops and can have a healthy discussion about it. 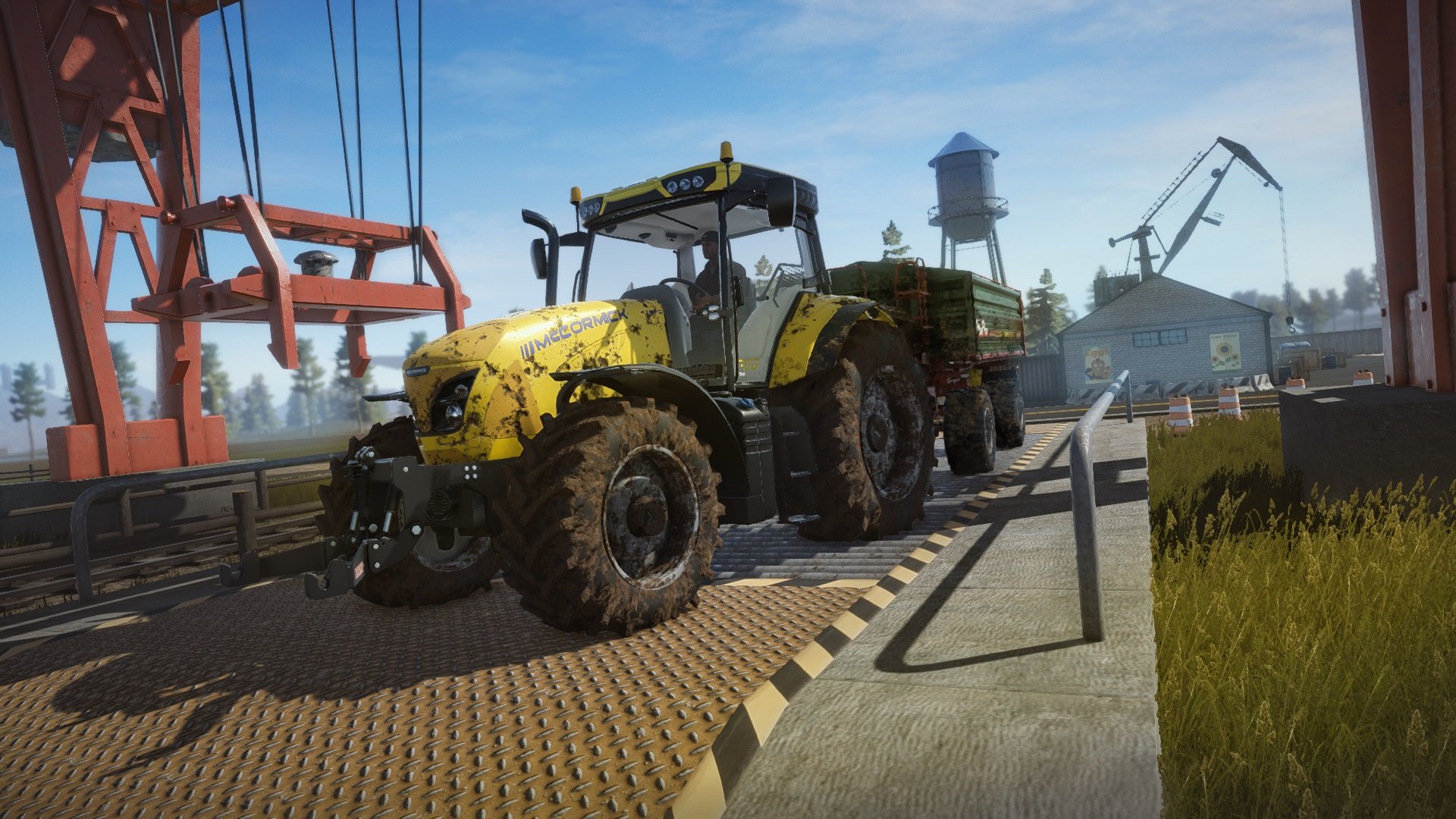 No matter how they feel, the farming trip around the world will not be stopping in Colombia as a Germany map has already been announced as free DLC for players who pre-order Pure Farming 2018. Germany’s farms will offer up players a chance to grow rapeseeds to process into oil and raise sheep for wool shearing and, eventually, meat. Ice Flames doesn’t plan on stopping at Germany either and are already looking for their next global location for more DLC

I found my hands-on time with the PC build, using an Xbox One controller to play to be sort of soothing. It does not strike me as a fast-paced title or one where there’s going to be a lot of things that need to be done with imperativeness. But I’d hardly say it’s looking to offer up a slow, simple, country lifestyle experience. It takes the sim aspect very seriously and there were definitely some parts I would’ve messed up horribly if I hadn’t had a team member on hand to help coach me through doing things like hitching a tiller properly and making sure I didn’t drag it across the gravel.

Plain and simply put, Pure Farming 2018 is hoping to offer up the exact type of experience that sim fans want from this kind of game while expanding to include crops and locations that they may not be as familiar with as the great plains of Montana. There are definitely some interesting and unique choices being made for those new features at the very least.

Final Fantasy 14: Endwalker hands-on preview: The end is near