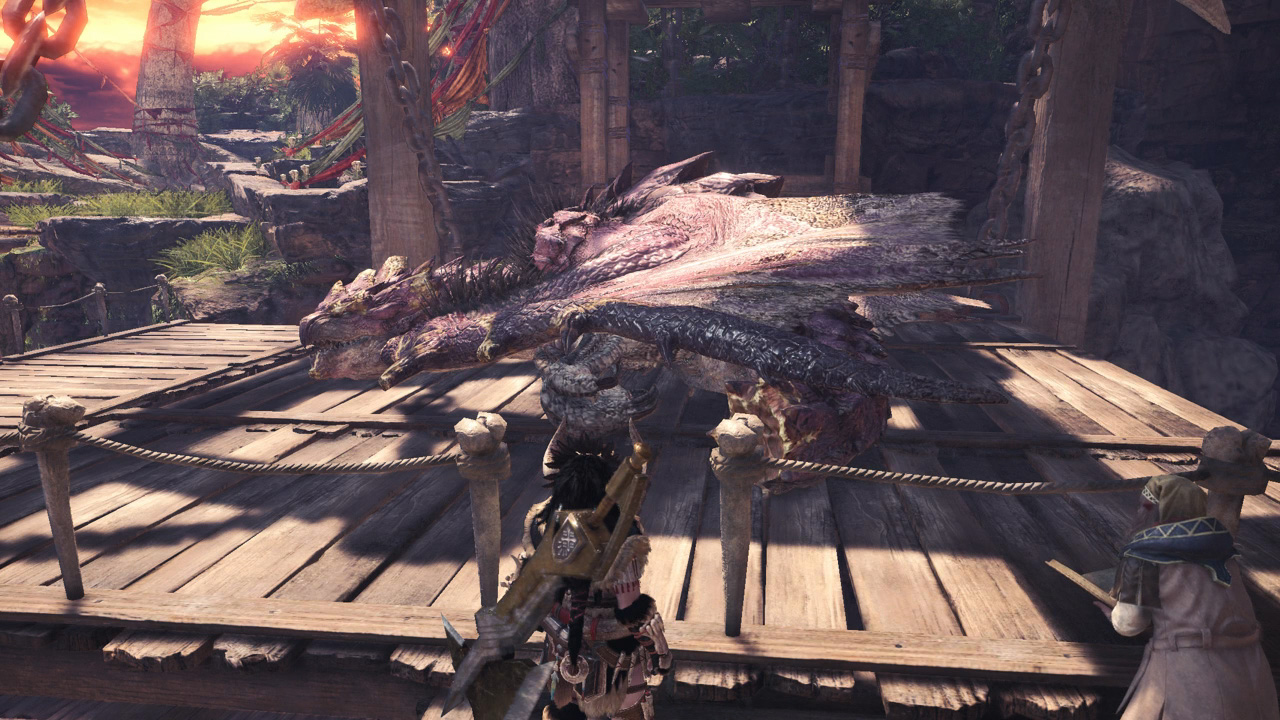 If you’ve gone through the process of dealing with Zorah Magdaros in Monster Hunter World, you’ll next be given a curious quest without much information. Your HUD will display your current objective as ??? Rathian, which requires you to investigate a new Monster in the various regions you’ve unlocked, but where does it all lead? 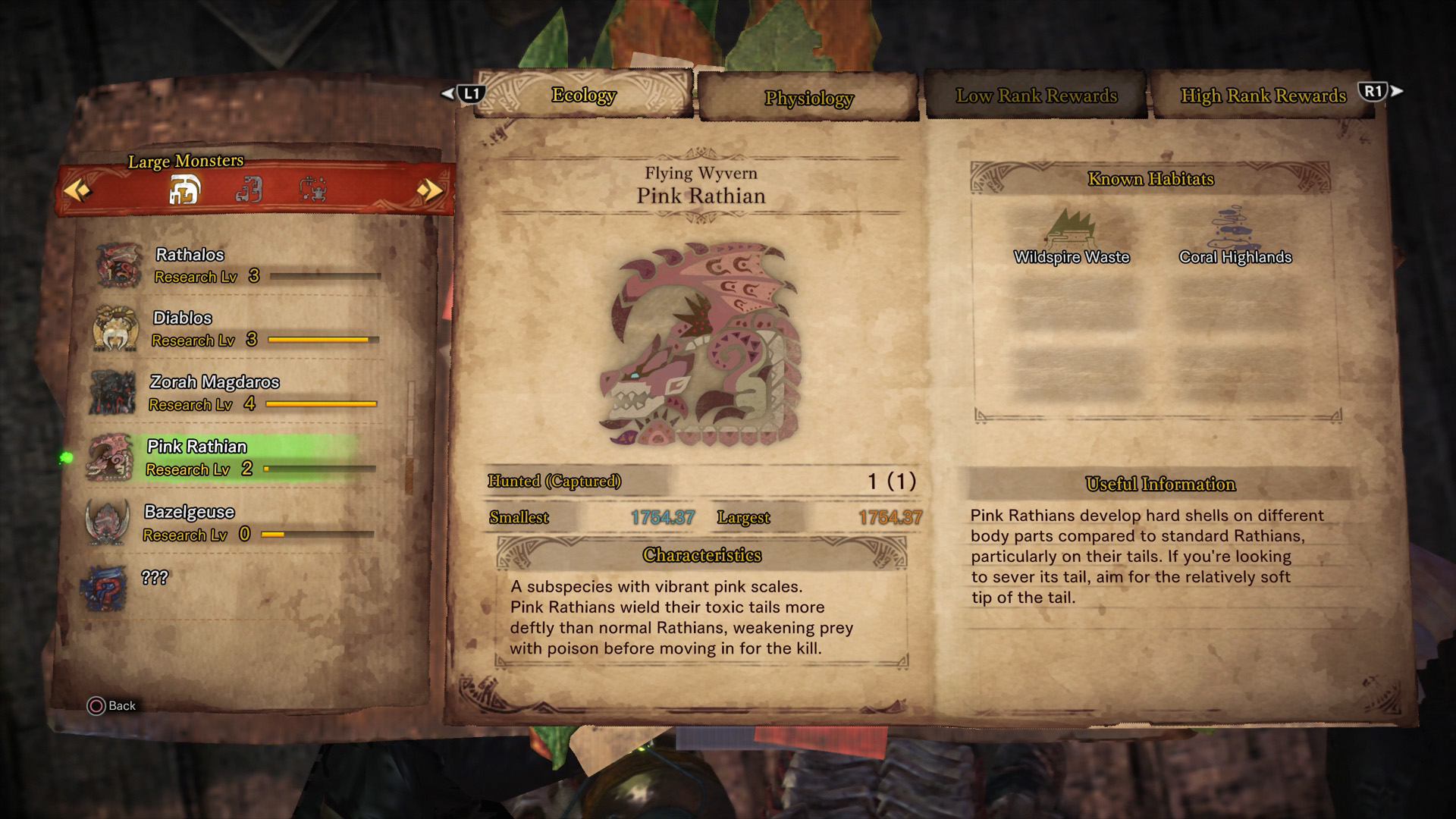 This objective is completed by spending time in the various regions of Monster Hunter World. Go out and look for signs of this mysterious monster in the different locations. If you see a prompt on your screen that says ??? Rathian, be sure to collect that evidence. You will have to collect quite a bit of it to fill the bar and progress the investigation. You can check your investigation progress at the Chief Ecologist under Special Investigations, but it will also be displayed on your HUD at all times.

When you’ve filled the bar about halfway by collecting ??? Rathian evidence, you’ll be told to return to Astera where you’ll be given a quest called Tickled Pink. This requires you to fight an Anjanath in the Wildspire Waste, and it’s not a regular monster. This is a high rank Anjanath that can mess up your day. I fired an SOS and was joined by three other hunters, which made things much easier. When that fight is complete, however, you’ll be back on the ??? Rathian investigation trail.

You’ll want to embark on high rank expeditions to find the ??? Rathian evidence. This can be frustrating in how much time it takes, so use the opportunity to collect resources while you’re on the path. You can run expeditions in any location, but spotting ??? Rathian evidence seems to be random. I can’t give you directions on where to look.

After enough evidence has been collected, you’ll be called back to Astera and given a quest called Old World Monster in the New World. This is a Level 7 high rank quest that requires you to hunt a Pink Rathian in the Coral Highlands. Luckily, it can be played by up to four hunters if you fire an SOS once you’re loaded in. 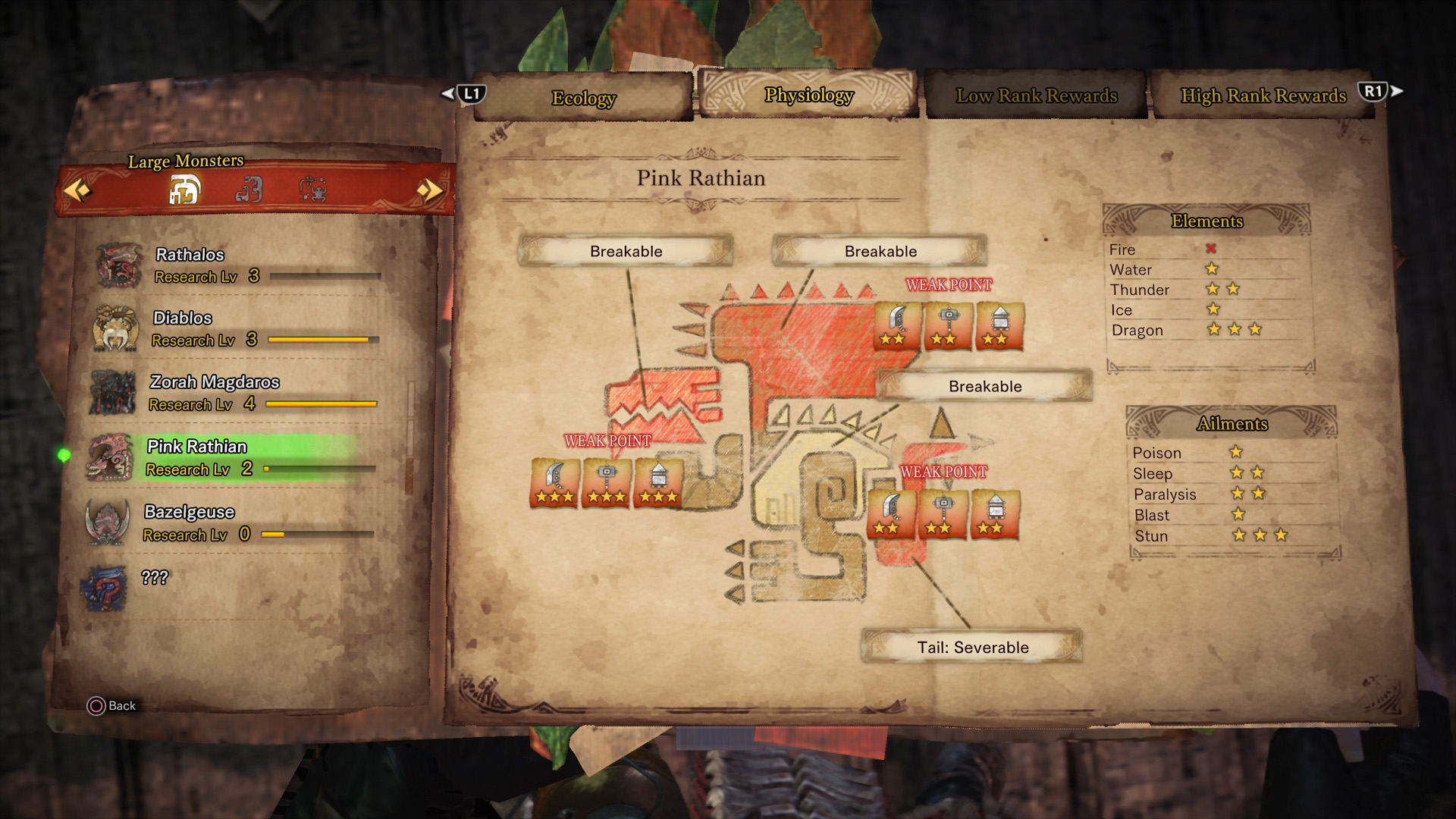 It’s possible to start the Pink Rathian fight without having much information on the monster. Yes, it’s a Rathian, but it’s also got its own entry in the monster guide, so it’s not identical to the approach that you use against a normal Rathian. The Pink Rathian is unique.

For starters, the Pink Rathian’s weakest point is its head. Whether you’re using cutting, blunt, or ammo damage, the head is by far the weakest part of the body. This is a bit of a trap, though, because its head is also its biggest weapon. It can chew on you, set you on fire, or even knock you over with a swing from its powerful neck. Hunters like myself that want to get in there and brawl need to show restraint. Value your health above damage if you want to be successful.

The Pink Rathian fight in Coral Highlands is not that difficult. I tossed up my SOS, but at two in the morning nobody replied. I fought alone, fainting once before I was able to trap the monster and cart it back to Astera. The benefit of Coral Highlands is that it’s a vertical map. There are plenty of places for you to climb to either get to safety or attempt to mount the monster. Wear it down and chase it back to its nest, then kill it or trap it to complete the quest.

Now that you understand what ??? Rathian means and how it plays into the Pink Rathian fight, be sure to read the Shacknews Monster Hunter World guide for more lessons on how to deal with the beasts that threaten Astera.