Mobile device manufacturer Huawei has some big things in store with the company's latest Mate 10 devices. Not only are they built to compete with some of the hottest phones on the market from competitors like Apple and Samsung, they're also meant to be one of the least expensive ways to get up-to-date with the latest mobile technology. That said, the phone's launch hasn't been entirely smooth, particularly with AT&T and Verizon pulling out of deals that would have put Mate 10 and Mate 10 Pros on US store shelves. It was quite disappointing news to hear, but there is a silver lining: now that preorders for the Mate 10 Pro have been opened, consumers can scoop up Huawei's latest flagship alongside considerable early bird discounts.

Though they won't be featuring on store shelves any time soon, mobile users can currently order either the Mate 10 or the Mate 10 Pro through a number of different online retailers, including Amazon, Newegg, Best Buy, and even Microsoft's own store. From now until February 17, anyone who places a preorder for the Mate 10 Pro will receive a $150 gift card from the retailer they choose. This effectively brings the cost of the top-tier model, which features a 6-inch display and a 20 megapixel camera lens, down in cost from $800 to about $650 — just be sure to choose the Gift Card option where appropriate. 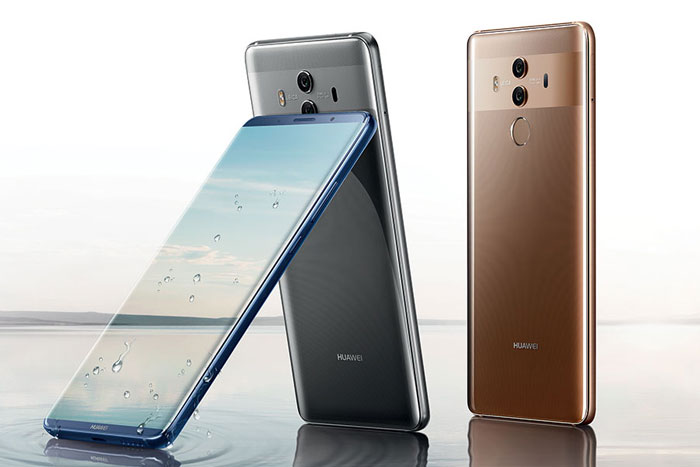 By contrast, the standard-edition Mate 10 is already seeing traditional discounts on sites like Amazon, where the Mocha Brown option is currently being offered for about $620, or around $80 less than the phone's standard MSRP. For reference, the base Mate 10 offers a 5.9-inch IPS display with an impressive resolution of 1440x2560, and still keeps much of the same internals of the Mate 10 Pro, including the same Kirin 970 chipset and Mali-G72 MP12 GPU. The base Mate 10 also features a standard headphone jack, the likes of which won't be found on the Mate 10 Pro.

No matter where buyers choose to make their purchase, Huawei will begin shipping out Mate 10 Pro preorders starting on February 18. Those who don't care for the extra features can always opt to purchase the standard Mate 10, the likes of which has been available for purchase since late last year.