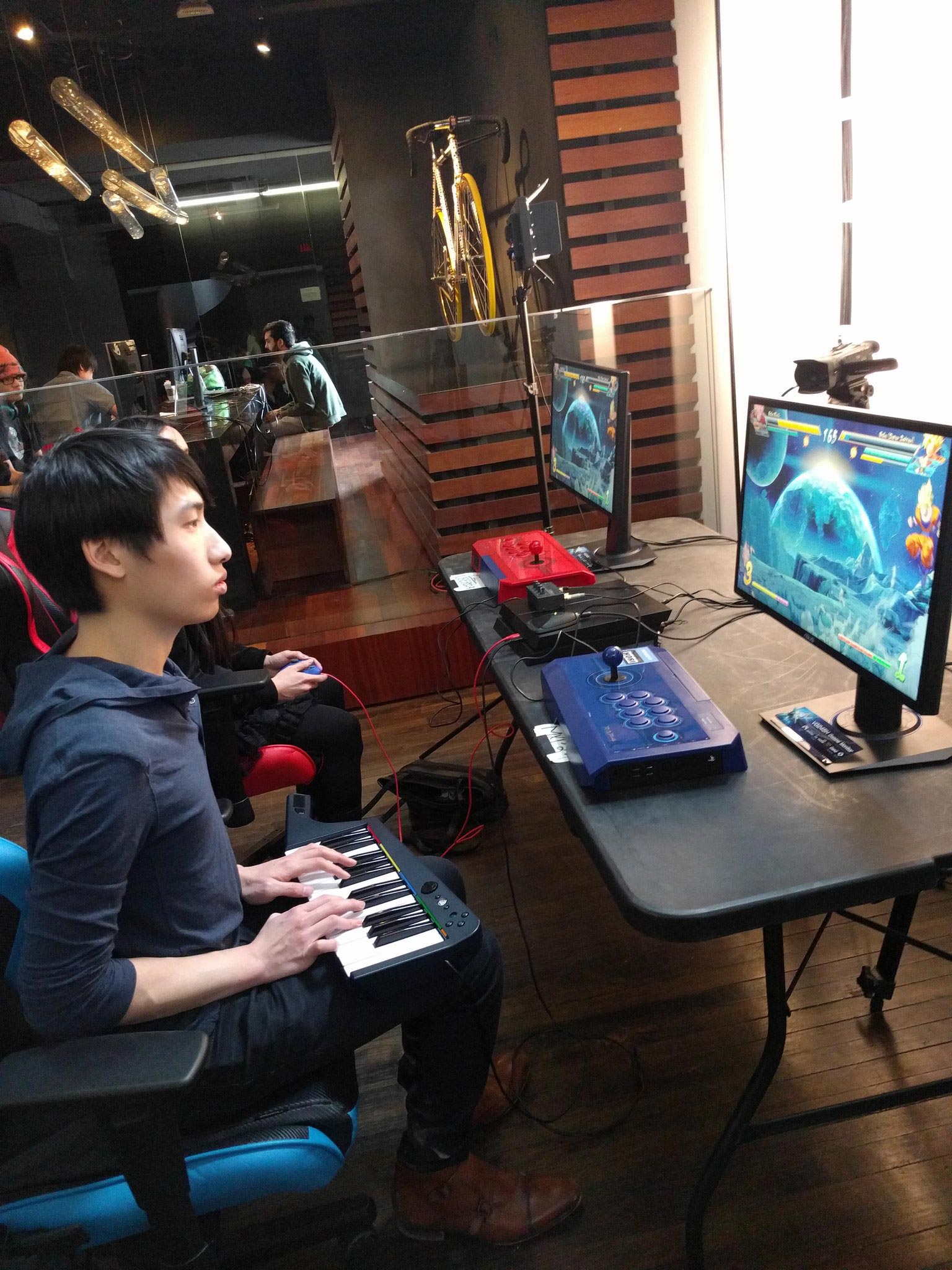 Winning a fighting game tournament can be hard enough, just ask any EVO champion or competitor ever. But winning a fighting tournament using something as avant-garde as a Rock Band Keytar controller is not only a captivating oddity but also a brave endeavor. Still, that's just what one bold Canadian attempted to do recently when they entered the Dragon Ball FighterZ bracket at the Revenge of the 6ix Tournament.

According to Eventhubs, Greg Chow was able to take out several challengers on his way to cracking the top 8 in a 27-person bracket. Greg was able to take out at least 5 opponents using his unique controller. While it sounds like Greg didn't take home 1st place, he's still getting his 15 minutes of fame for his bold attempt.

I'm not sure how something like this would jive at a larger event, but I'm hoping this sets a bold new precedent. I'd personally love to see someone trying something like this using a Rock Band drum kit. For now, though, Greg seems to stand alone as the only piano man in the fighting scene. Check out the video below to get a look at the keytar in action.