Monster Hunter World has a lot of different status effects that can either buff you or severely limit your effectiveness in combat. One status effect you might encounter on your hunting expeditions is the Bleed effect, and if you don’t know how to stop bleeding, it can be utterly debilitating.

How to Stop Bleeding

The Bleeding effect is likely to be first encountered when you fight the mighty Odogaron in the Rotten Vale. If you’re still struggling with this boss, be sure to check out our guide, how to kill the Odogaron. The bleed effect immediately reduces your health while also chipping away your health whenever you move. Unfortunately, this means your options are limited, as running from danger means losing health while staying in danger means easily dying from a hit. 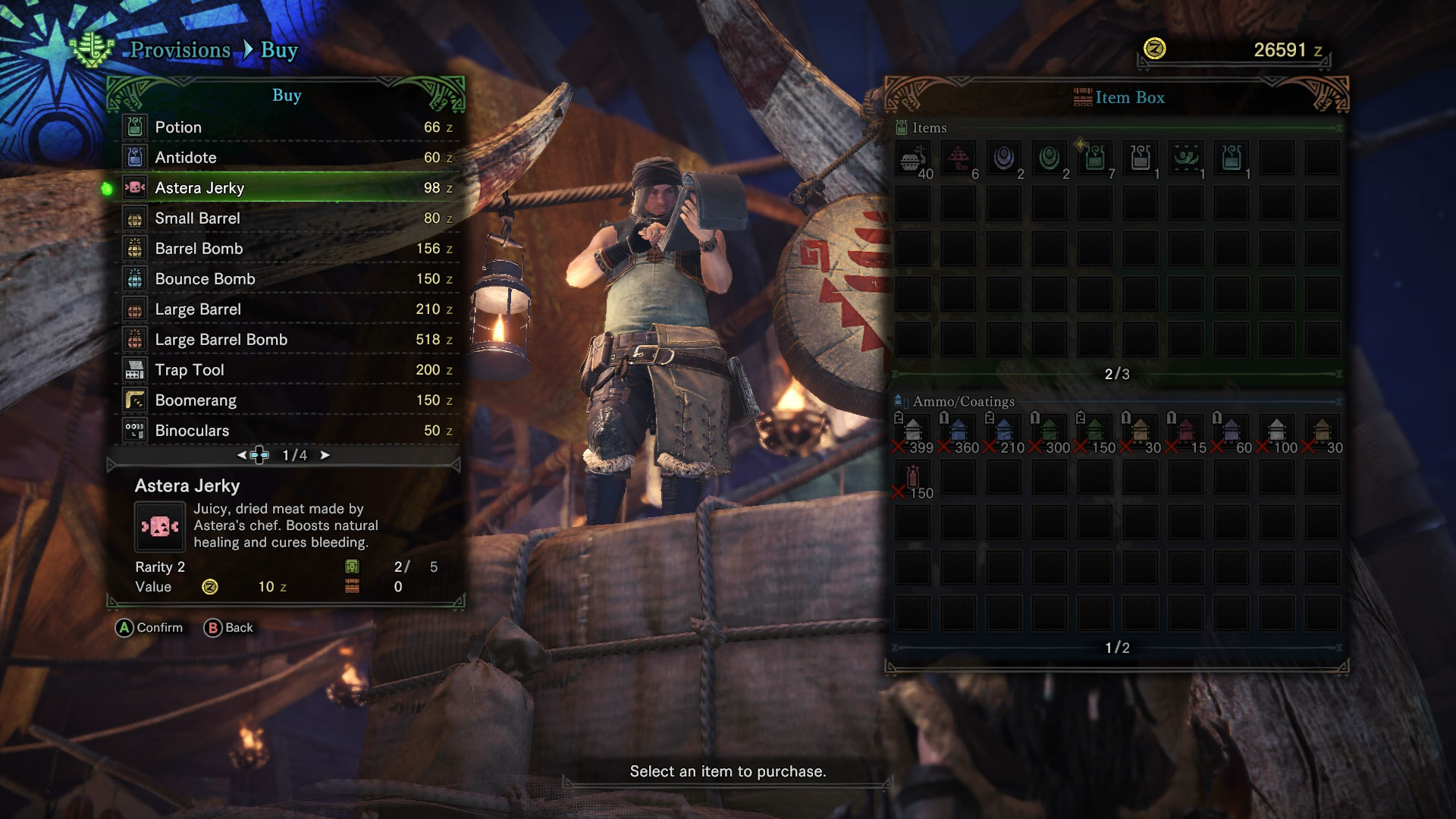 There are two ways you can easily stop the bleed effect in Monster Hunter World, the first is to crouch and stay completely still. To crouch, stand still with your weapon sheathed and press the A button or X button, depending on what console you’re playing on.

You will need to remain crouched until the bleed effect stops, at which point you are free to move without the risk of losing more health. However, your health will still be extremely low, requiring you to use a potion to heal.

The second way to stop bleeding is to use Astera Jerky. During the quest, Into the Bowels of the Vale, you will find a few portions of Astera Jerky in the Item Box. Alternatively, you can always purchase some from Provisions before you set out, just in case you run low. Eating an Astera Jerky will immediately cure bleeding, meaning you don’t have to risk waiting around while crouched and can get back into the fight sooner.

Bleeding is one effect which you will want to focus on stopping as soon as you get it, as it is certainly one of the more dangerous effects you can encounter on your travels. Head by our Monster Hunter World guide for more insights into the different mechanics you’ll encounter in the game.