There's a daunting challenge on the horizon for anyone brave enough to take it. The towering mountain of Celeste awaits anyone willing to face it head-on. And it awaits anyone willing to die over and over and over again. This retro-styled platformer is already one of our early favorites here at Shacknews, but its difficulty level may be something that turns off the weak of heart.

But there's no need to fear, because Celeste is just as much fun for platforming novices. There are just a few things they should know before embarking on this journey. That's why Shacknews is here with four tips for those beginner players.

1. There's No Time Limit, So Breathe

Madeline is a character prone to panic attacks and anxiety over the course of Celeste's story. Things get easier for once she calms down and starts to breathe. It may as well be developer Matt Makes Games breaking the fourth wall and addressing the player. Because the idea when facing a particularly difficult room is just to take a step back and breathe.

Famliarize yourself with Celeste's various mechanics: Madeline can climb walls, she gets one air dash, she can wall jump, and she only has so much stamina. Then take a moment to visualize the room and its various gimmicks. Some areas have springs, others have goop walls that send Madeline propelling in a single direction, some walls become deadly after that first touch, some platforms only move when performing an air dash, and the examples go on and on. Map out the best path for moving forward, outlining your path carefully, and go! 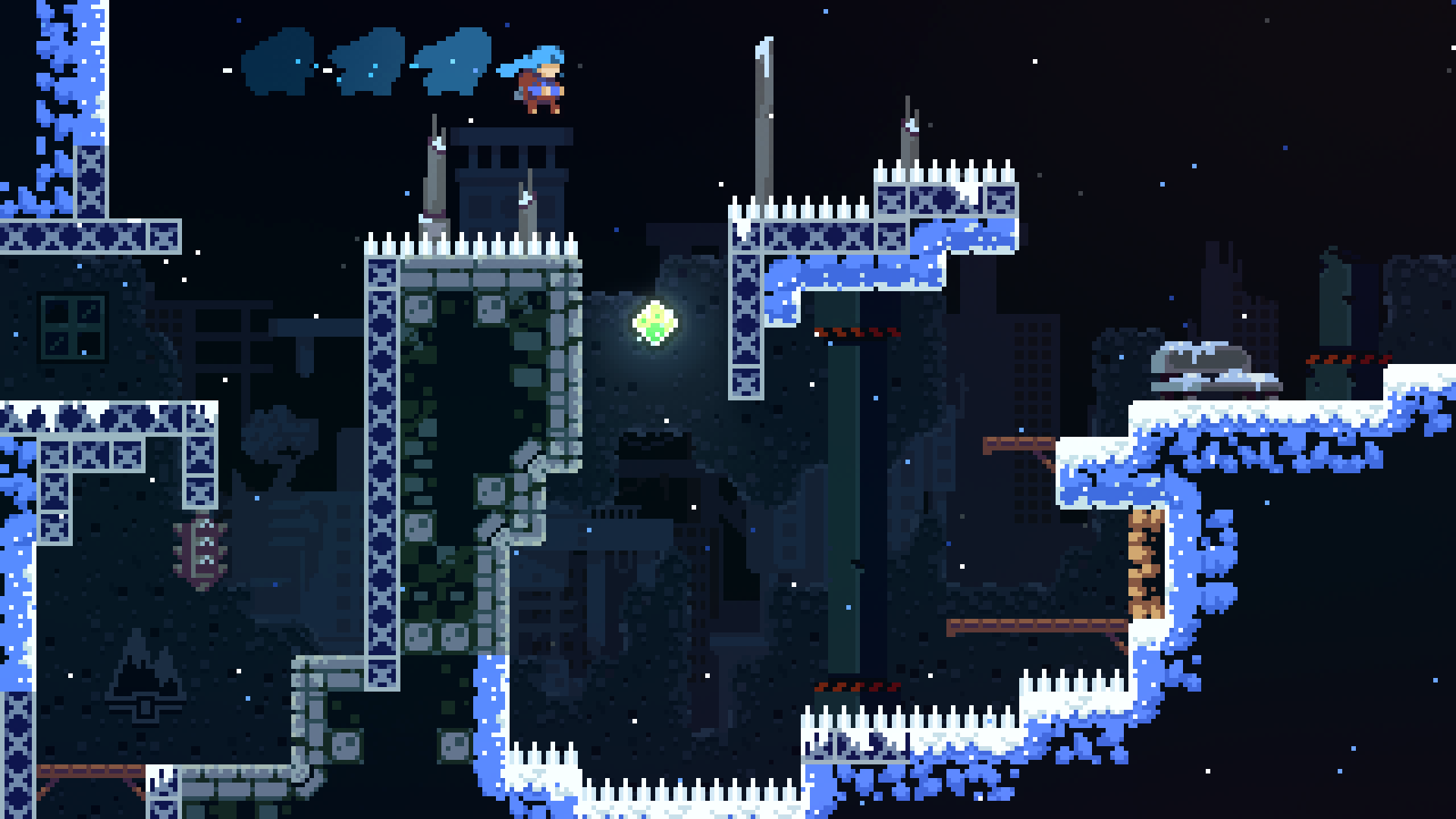 Madeline's air dash is the key mechanic to this entire game. Learning it is essential. Mastering it is a requirement, as early as the first level. The air dash can not only get you where you need to go, but it's also a good recovery tool for when things don't always go right the first time.

Start learning early that you only get one air dash per jump and plot out ahead of time where to stick your landing. Planning ahead can be the difference between success and a bed of spikes. This goes double if you see a green jewel, which refreshes Madeline's air dash upon touching it. These areas will require multiple air dashes and it can be easy to lose track of how many times you've used it.

Once you've mastered the air dash, you should be ready to tackle the rest of the game. It'll get gradually more difficult, but air dash fundamentals are crucial for getting through the later stages.

The strawberry placement in the first level serves as a great way to practice Madeline's air dash. Drop down to get strawberries placed precariously in mid-air and then dash to the nearest wall. This is a critical skill to learn sooner than later, since later sequences will often require precision air dashes.

And speaking of strawberries... 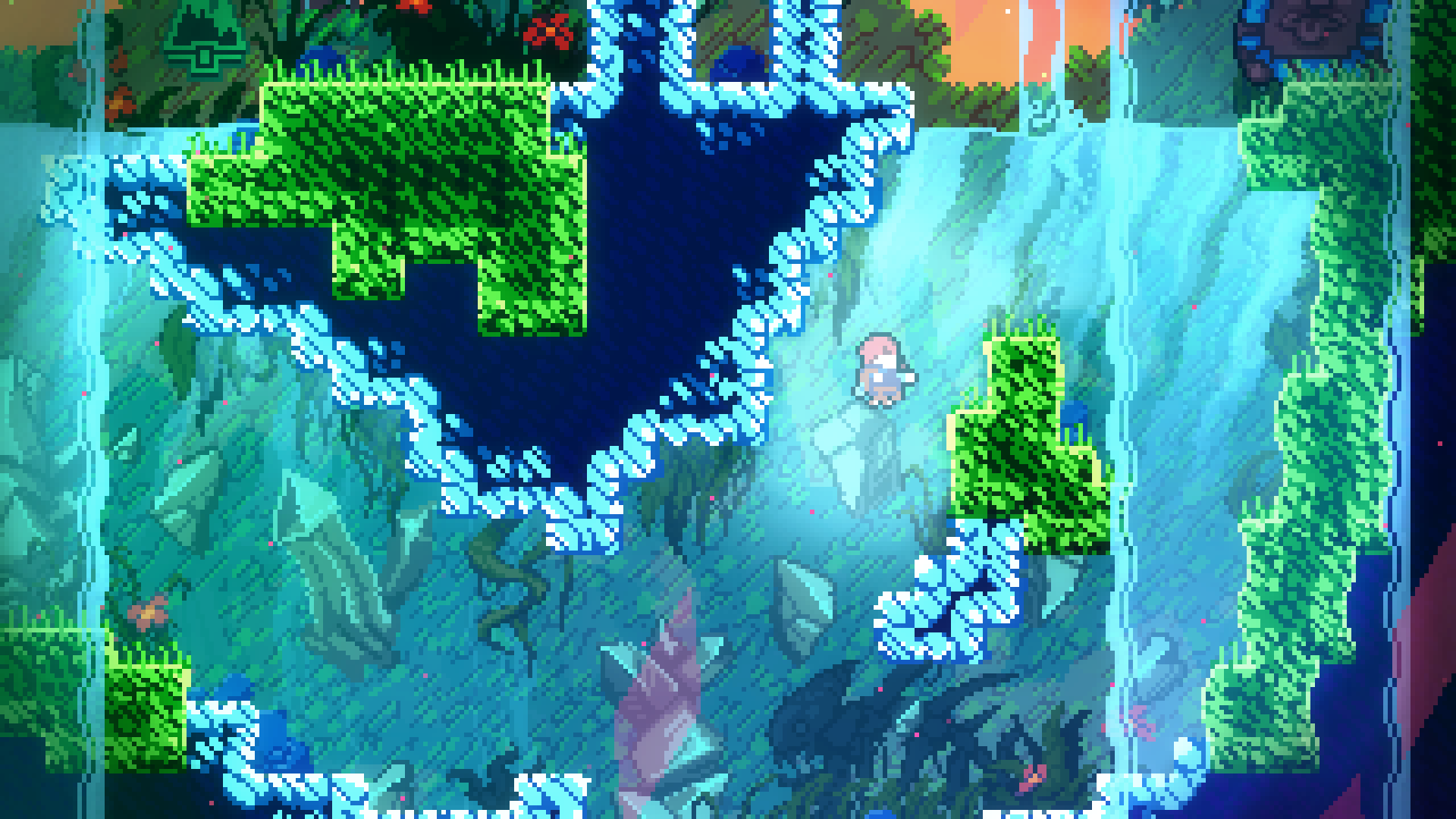 3. Don't Feel Like You HAVE To Get Those Strawberries

Celeste is filled with collectibles. Some of them are B-Side Casettes that open up remixed, more difficult versions of stages. There are also a lot of strawberries, which reward bonus points. The idea is to collect the strawberry and make it back to a platform safely before being rewarded. You can't just cheat it by touching the strawberry and then faceplanting on a spike. You have to stick the landing!

This might sound surprising, but sometimes, the strawberry just isn't worth it. Even some of the load screen messages will indicate that the strawberries are there just as a bonus collectible to impress your friends. They don't serve any other purpose. So if a platforming sequence looks a little too intimidating or if a path to a strawberry has proven too tough, then consider skipping it. It's perfectly okay to skip the strawberries. Relax, move on to the next room, take a deep breath, and just carry on. 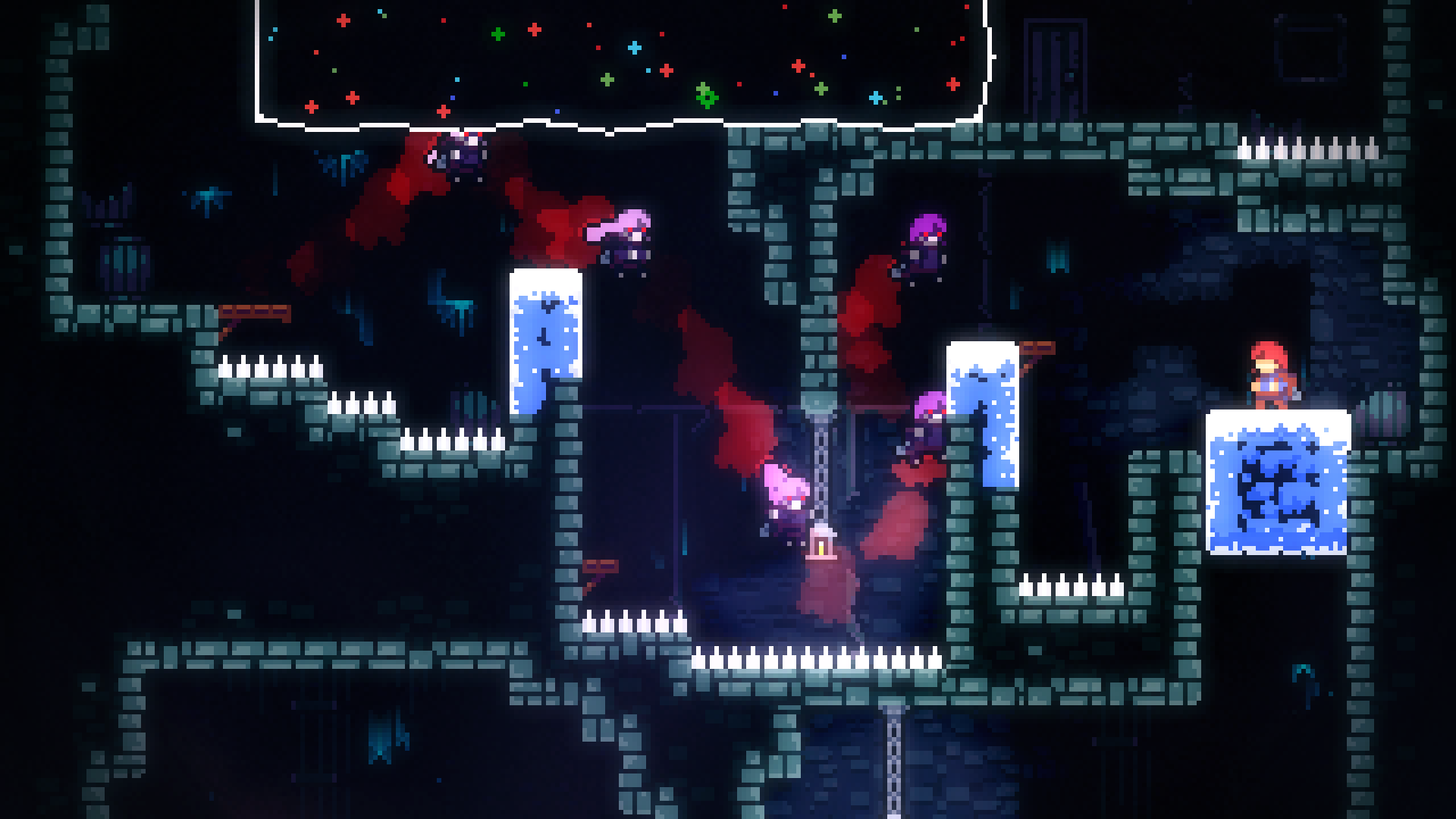 This one was a little tough for me, personally, to come to grips with. Yes, there are times when Celeste can get a little too tough. And in those cases, it's important to remember that there is an Assist Mode in place and there's absolutely nothing wrong with using it.

This is especially going to prove true in areas like the Celestial Hotel and the Mirror Temple. The platforming is going to prove hard enough, but you'll also have enemies chasing you. And they home in on your location with frustrating accuracy. Beating these stages in the face of all of that is entirely possible, but it can also get really aggravating. If these sequences are making you tear your hair out, go to Assist Mode and enable Invincibility.

Does it feel cheap? At first, it does. But once you realize you still need to get through some insanely difficult platforming, you start to feel a lot less bad about it.

Celeste is available now on Steam, PlayStation 4, and Nintendo Switch.

Where to find and defeat Predator in Fortnite

How to transfer Hitman 2 progression to Hitman 3