Monster Hunter World is a great title for players who want to test their mettle against enormous and powerful monsters; it's kind of the point of the game, really. That's not to say that hunting and killing is all the game has to offer, however, and the team over at Capcom have provided players with a different way of using their hunting and capturing skills by allowing hunters to catch and domesticate their own pets. Read on to discover which items and techniques players need to deploy in order to capture pets in Monster Hunter World.

How To Capture A Pet In Monster Hunter World

Throughout their adventures in Monster Hunter World, players are likely to have stumbled upon a cute little critter that just didn't deserve the peril the rest of its animal associates were soon to meet. As it turns out, Capcom for the first time has enabled hunters to capture these non-hostile creatures and use them as pets in their home back in Astena. Like real-world pets, these creatures don't provide much in the realm of material benefits, but they certainly make for a good way to turn a house into a home. 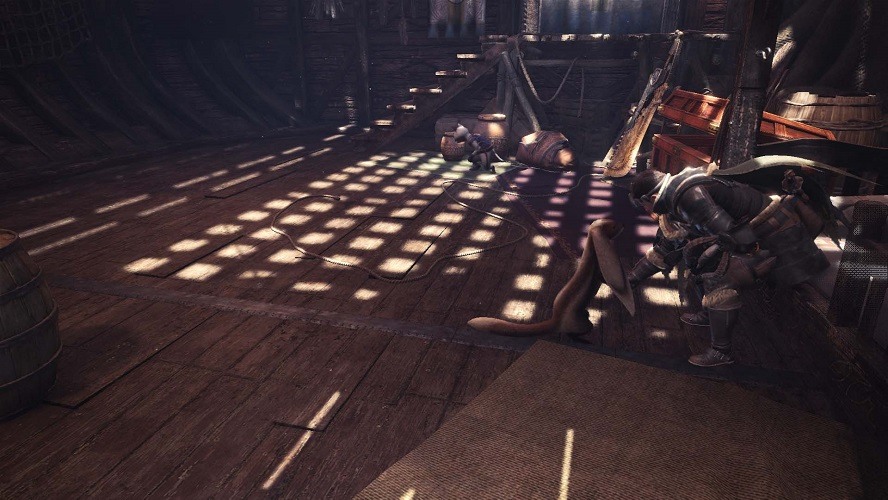 Before capturing a potential pet, hunters need to make sure they have just one specific item on-hand, the Standard Capture Net for the Net Launcher. With the Standard Capture Net equipped and ready for deployment, capturing a new pet is as easy as, well, capturing the animal. Simply hover the crosshair over the creature, and when it turns orange, deploy the net. Players won't be able to use hostile creatures as pets, of course — there's no hope of keeping a Great Jagra indoors safely — so this limits their choices to the likes of smaller animals like birds, frogs, or bugs.

Once the animal has been captured, head back to the living quarters in Astera and speak with the housekeeper NPC, who will allow the player to add the captured creature to their house and place them wherever they choose. They don't provide too much in the way of interactivity, but hunters can still approach them for various actions depending on the creature type, and they'll be fed any time the player rests at home.