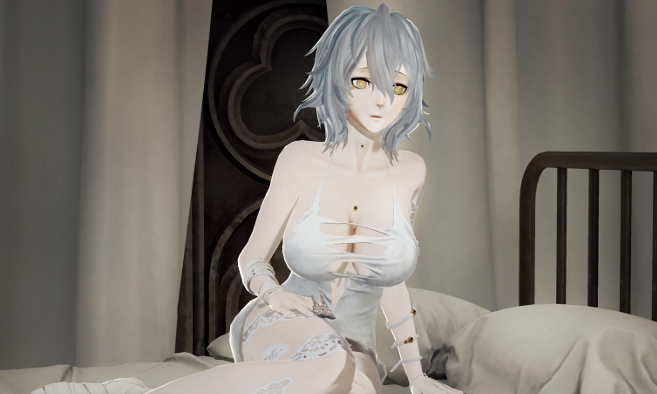 Code Vein Hands-On: Putting A Finger On the Pulse of Modern Dungeon Crawlers

While the Dark Souls series is taking a break, Bandai Namco is still well aware that gamers need their fix of highly-skilled, masterfully difficult combat. Fortunately, Code Vein is looking to fill the void left by Dark Souls' absence. Instead of medieval knights rolling around and getting their butts kicked by monsters, Cove Vein offers up a gothic, anime-influenced world full of monsters to kick my butt and few unique gameplay features.

Code Vein takes place in a world run by a closed off vampire society known as Revenants. When a Revenant gives into their bloodlust and loses all self-control, they turn into a “Lost”. Players will take on the role of a Revenant who has lost their memory and must fight through these Lost to recover the truth to their past. Along the other AI controlled Revenants who also happen to be suffering from amnesia will assist players on missions with combat support and can offer a 2nd chance at life when a player dies. It seems that working with companions to keep each other healthy enough to take on the Lost will be a core feature that also gives players a bit of a crutch.

Combat felt very similar to Dark Souls and will keep players on their toes in the same meticulous dance of dodges and attack. The only big difference is that weapon and armor options aren’t limited by a class and can be swapped out in combat. When a player dies, the only thing they’ll lose is Haze, which is essentially experience currency that can be used to level up at rest points.

Revenants also have magical gifts that can be activated using energy drained from Lost called “Ichor”. Gifts can do things like infuse weapons with elemental powers or give stat boosts. Various gifts can be unlocked from a non-linear skill tree and can be mixed and matched. 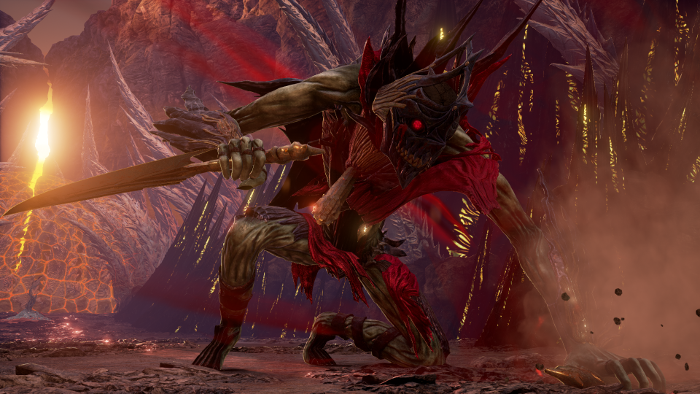 Code Vein’s dungeons twist and turn with multiple paths towards impending doom and are full of Lost that run the gamut from small piles of demonic gnashing-toothed goops to lumbering, blood-hungry behemoths in beaked hoods. The one boss I got a look at was a massive demonic knight that leaped through the air to assault me and my AI partner. He also could create massive energy walls that sliced through my Revenant like hot butter. Suffice it to say I was not able to beat him in the time I had allotted to demo the game.

Overall Code Vein is looking like a solid entry in the /Dark Souls genre of hardcore dungeon crawlers. It does feel like there have been a few tweaks made to help people like me survive another precious few seconds in a level while not being dismissive of the actual challenge involved. No word on just yet on when Code Vein will be released, but we should be hearing more soon.