Hop Into Hyrule With This Zelda-Inspired Beer

There's been a lot of tie-in merchandise based on video games in the past, but it hasn't been very often that video games have inspired a beverage. Mountain Dew's Game Fuel line of sodas have taken on a few different game-based forms, the likes of which are suitable for players seeking a jolt of sugar and caffeine, but sometimes players prefer something a little less sweet and a fair bit more intoxicating. Fortunately for those types, there's a new way to combine the love of video games with a love of beer, as Atlanta-based brewery Second Self Beer Company has introduced an all-new IPA inspired by the mythology behind The Legend of Zelda. 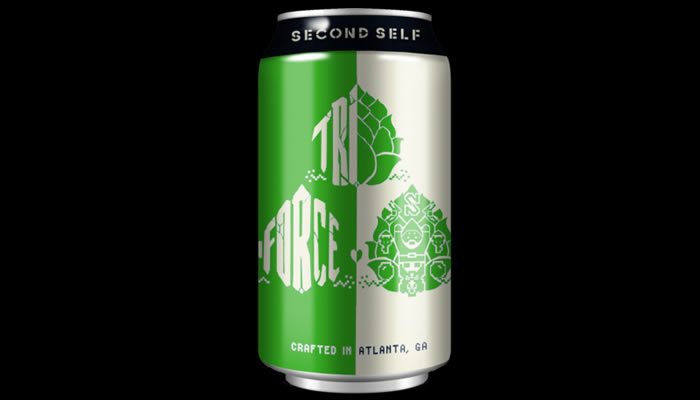 It's called the Triforce IPA, and according to the Second Self Beer Company website, it was "brewed to embody the sacred relic’s three pieces," namely Power, Courage, and Wisdom. At its heart is a blend of Mosaic, Amarillo, and Cascade hops, the likes of which instill aromas and flavors of mango, papaya, and other tropical fruits. Second Self's website also states that the beer was itself brewed with the "triforce of malts," including oats, wheat and barley. Best of all, it clocks in at 6.1% ABV, which makes Triforce just the kick in the pants that budding heroes need.

Since Second Self is based out of Atlanta, GA, it's unknown just how widely-available the Triforce IPA will become. For now, it's likely limited to game fans and beer enthusiasts around Alabama, Georgia, and the surrounding states. Triforce is listed as being in production year-round, however, so it doesn't seem like it should be hard to find otherwise. Either way, for all the die-hard Zelda fans out there, the Triforce IPA looks to be the Zelda-inspired beer of choice.