As a walking killing machine in Assassin’s Creed Origins, weapons are your best asset for taking down your enemies, with the most devastating being the Cursed weapons. There are dozens of different weapon types to choose from, but the Cursed weapons are the only ones with a negative side effect. 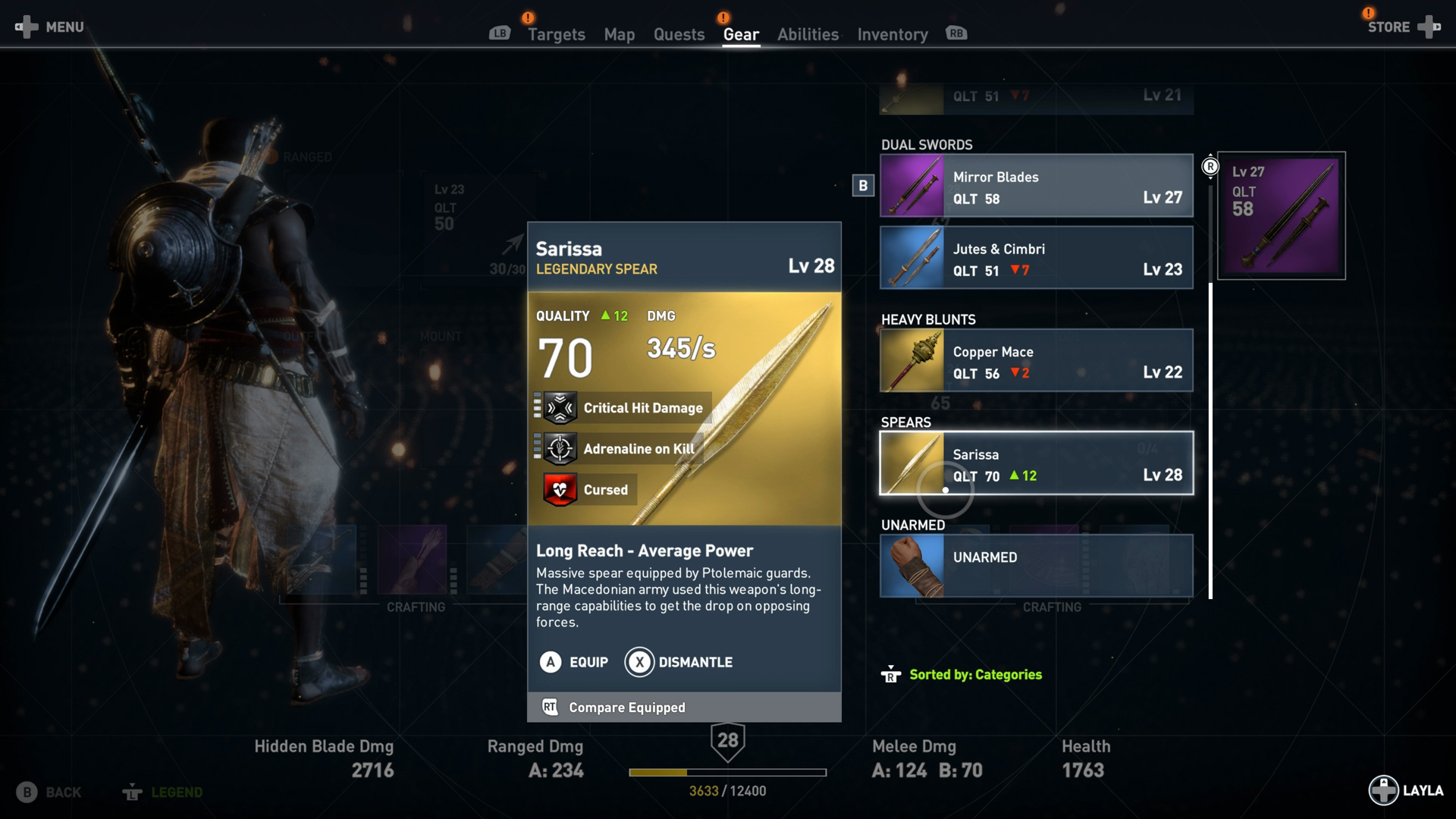 There aren’t a lot of Cursed weapons to be found in Assassin’s Creed Origins, but if you can get your hands on one, you’ll find the benefits outweigh the negatives. Cursed weapons deal an additional 200% damage, meaning that the damage is essentially triple of what is written. This allows you to quickly and very easily take down enemies, even those that are a couple of levels above you.

The downside of using a Cursed weapon is that they reduce Bayek’s health down to a mere 33%. This means two whole bars of health are gone, leaving you with one bar to rely on. Obviously, missing two-thirds of your health is extremely harsh, but if you can manage to avoid taking stray hits from enemies, the payoff of dealing so much more damage is worth the cut in HP. 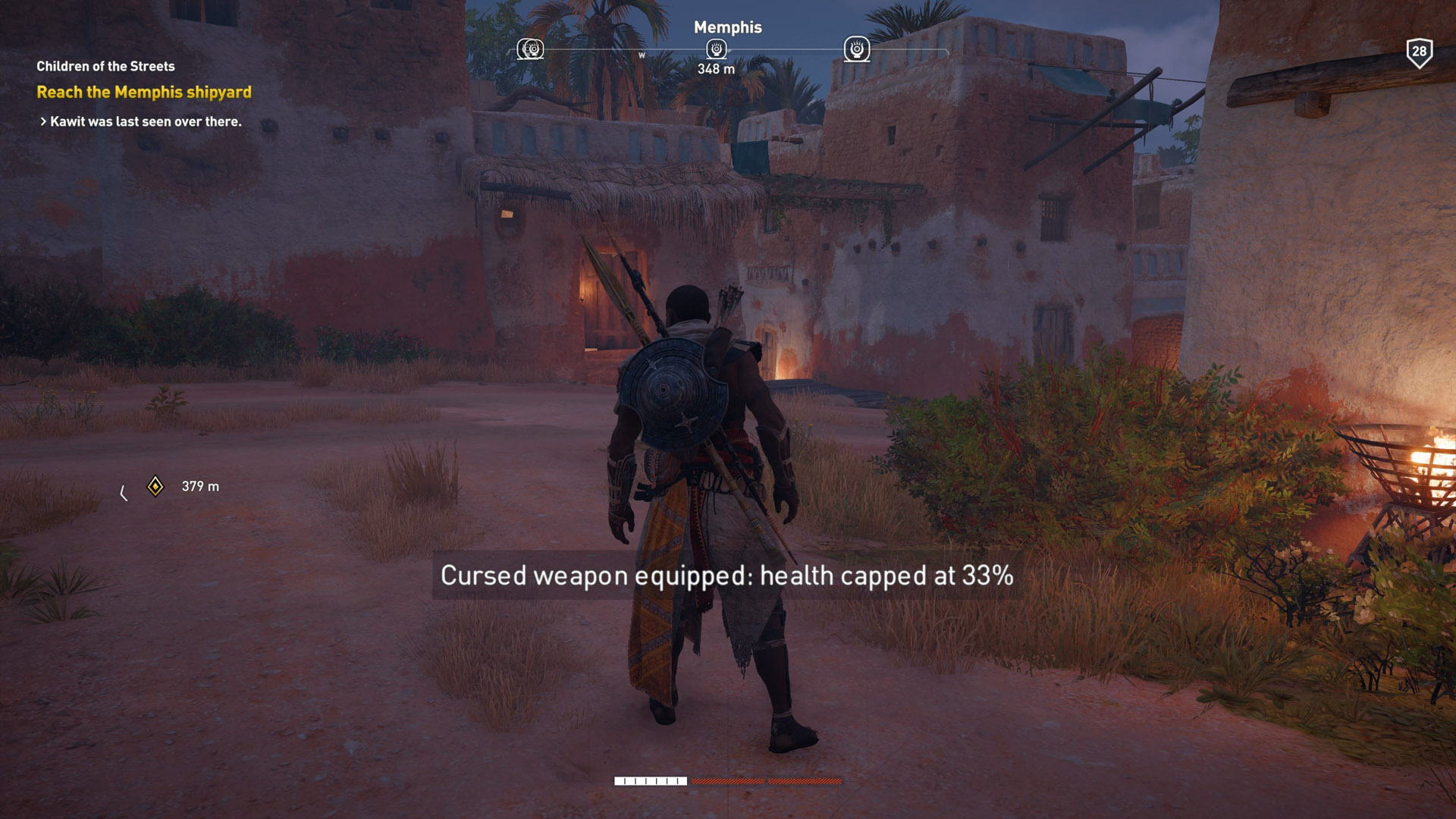 While it can be tough to use a Cursed weapon, there are a few things you can do to improve your chances of success. The biggest change you can make is to always attack from the shadows. Assassin’s Creed Origins lends itself to a more hack-n-slash style of gameplay than its older cousins, so leaning into the cloak and dagger theme will help keep you alive.

Another habit to form is to know when to disconnect from a fight. If you’re using a Cursed weapon and find yourself surrounded by a handful of enemies, you’re better off losing their attention and then striking when they’ve dispersed.

Finally, when fighting an extremely powerful enemy, like one of the many Phylakes in Assassin’s Creed Origins, you will need to rely on your dodge and parry abilities, especially when using a Cursed weapon. A well-timed parry followed by a barrage of attacks from a Cursed weapon will see a Phylake’s health quickly disappear.