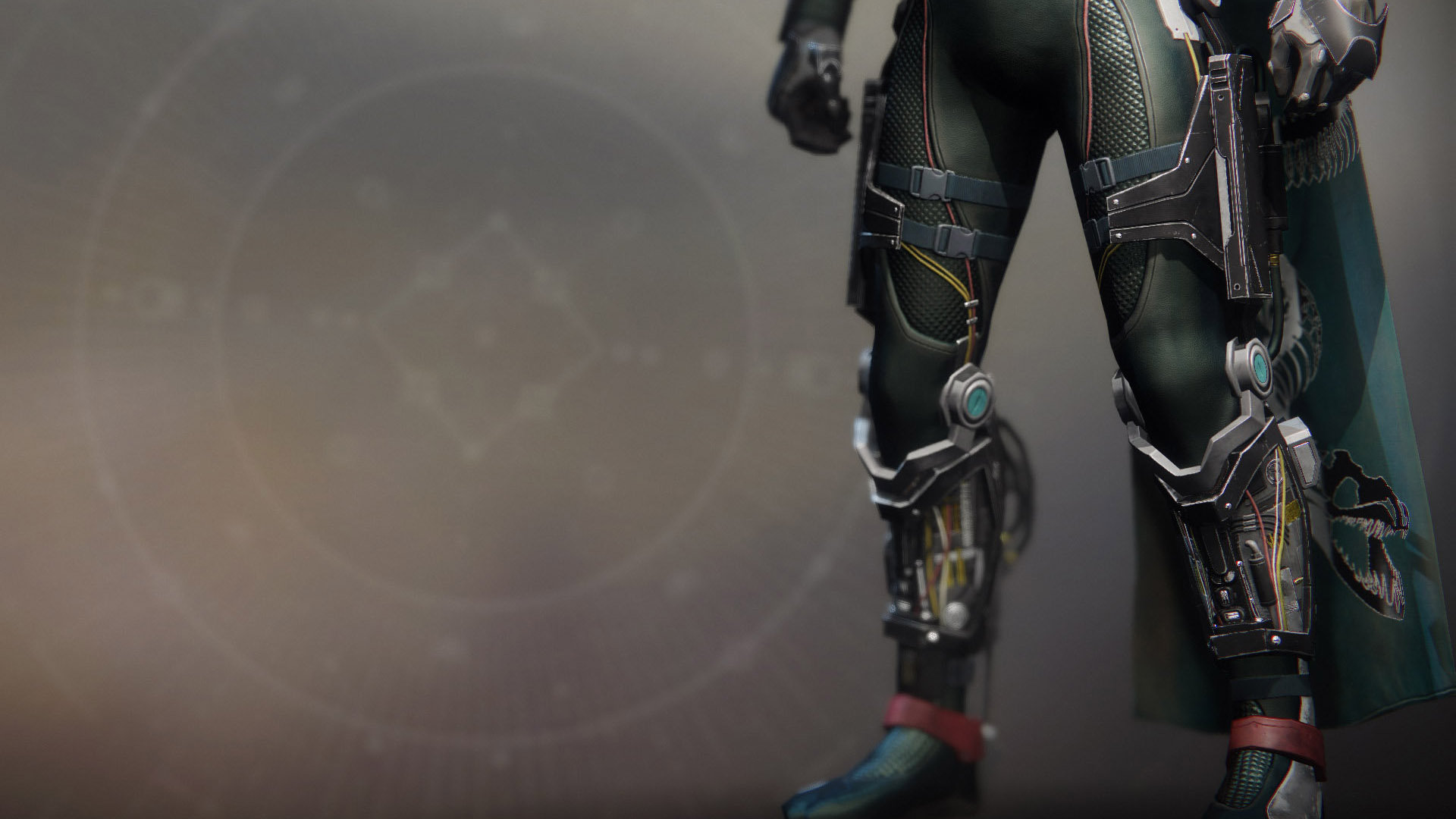 Destiny 2 is known for its jumping puzzles and hiding things in odd places, which is where the St0mp-EE5 Exotic Hunter Boots come into play. These boots give players improved sprint speed and slide distance, as well as upgrading the double jump. They are situational, sure, but they’re also essential to Hunters who need to get to places they aren’t supposed to be.

The St0mp-EE5 Exotic Hunter Boots are primarily a PvE option. In fact, I’ve seen them in Crucible, but I’d argue against their use there for several reasons, which I’ll get into. First, though, let’s talk about their intrinsic perk, Hydraulic Booster.

Hydraulic Boosters as an intrinsic perk is all about mobility. Hunters can run faster, slide further, and jump higher. The intrinsic perk makes the St0mp-EE5 Exotic Hunter Boots useful to any Hunter subclass or tree, but these boots are rarely the right option.

When to use the St0mp-EE5

As I mentioned, for me these boots are PvE only, and are only useful during times when Hunters need a bit more jumping power. Think about jumping up to grab that collectible or jumping through sections of the Prophecy Dungeon in Destiny 2. There are times when Hunters need to get to tough-to-reach places, and these are the only times the St0mp-EE5 are useful.

If there’s a viable use for these boots in PvP, I haven’t found it. In fact, the extra jump means spending more time in the air, slowly floating back to the ground. This is a great way to get shot, Guardian. In PvP it’s beneficial to get back to the ground as quickly as possible any time jumping is required, and the St0mp-EE5 do just the opposite. Leave them at home when fighting for Lord Shaxx.

How to get the St0mp-EE5

Like most Exotic gear in Destiny 2, the St0mp-EE5 are obtained through normal drops and vendors. They can drop from any Exotic engram, or they can be bought from Xur either directly or through his weekly Exotic engram offering. There is a chance these boots could be purchased from Master Rahool during the Season of Arrivals for an Exotic Cipher, but I’d advise against that. The St0mp-EE5 aren’t valuable enough to a Hunter’s life to waste that sweet currency on it. Let this one drop naturally.

If you’re not already reading the lore for all your Exotics, you should start. Here’s the lore for the St0mp-EE5.

"I call them the Stompies! For when your legs need that extra kick." —Marcus Ren

“Marcus, what—”
“You're here! Finally! Get over here and hold this gun—”
“Right down to business, huh?”
“I will put these legs on—”
“What are these? Frosties 2.0?”
“No! They're completely different.”
“Uh-huh.”
“OK, they share some similarities. But these are the Stompies. I'm going to do a test-drive, and if they rip my legs off—”
“Is that likely?”
“You disintegrate me quick before the rogue mechasynapses spread—”
“WHAT—”
“Boaz, please. I thought you wanted to help?”
“But shooting you? And I don't even get Crucible glory for it?”
“I'll let you win the next race.”
“Cute.”
“C'mon. If you won't do it, I'll ask Ariadne. She'd love to shoot me.”
“Fine. Gimme the gun.”
“Thank you! Stompies Field Test One is go.”
“I might actually enjoy this.”
“That's the spirit.”

That’ll do it, Guardians. Get out there and enjoy the St0mp-EE5. Or, leave them in your vault until you have to pull them from Collections for a jumping puzzle. Either way, hit up the Destiny 2 strategy guide we’re building out for more help serving the Traveler.