The fourth elusive target in Hitman is making his second, and assumedly final, appearance in the game. The Sensation will be in Paris starting on Friday, January 12, 2018, and players will have about 10 days to eliminate him before he leaves. Of course, simply killing the target isn’t worth your time since suit unlocks are tied to getting a silent assassin rating. Luckily, The Sensation is an easy kill for those that want to make a silent assassin run. 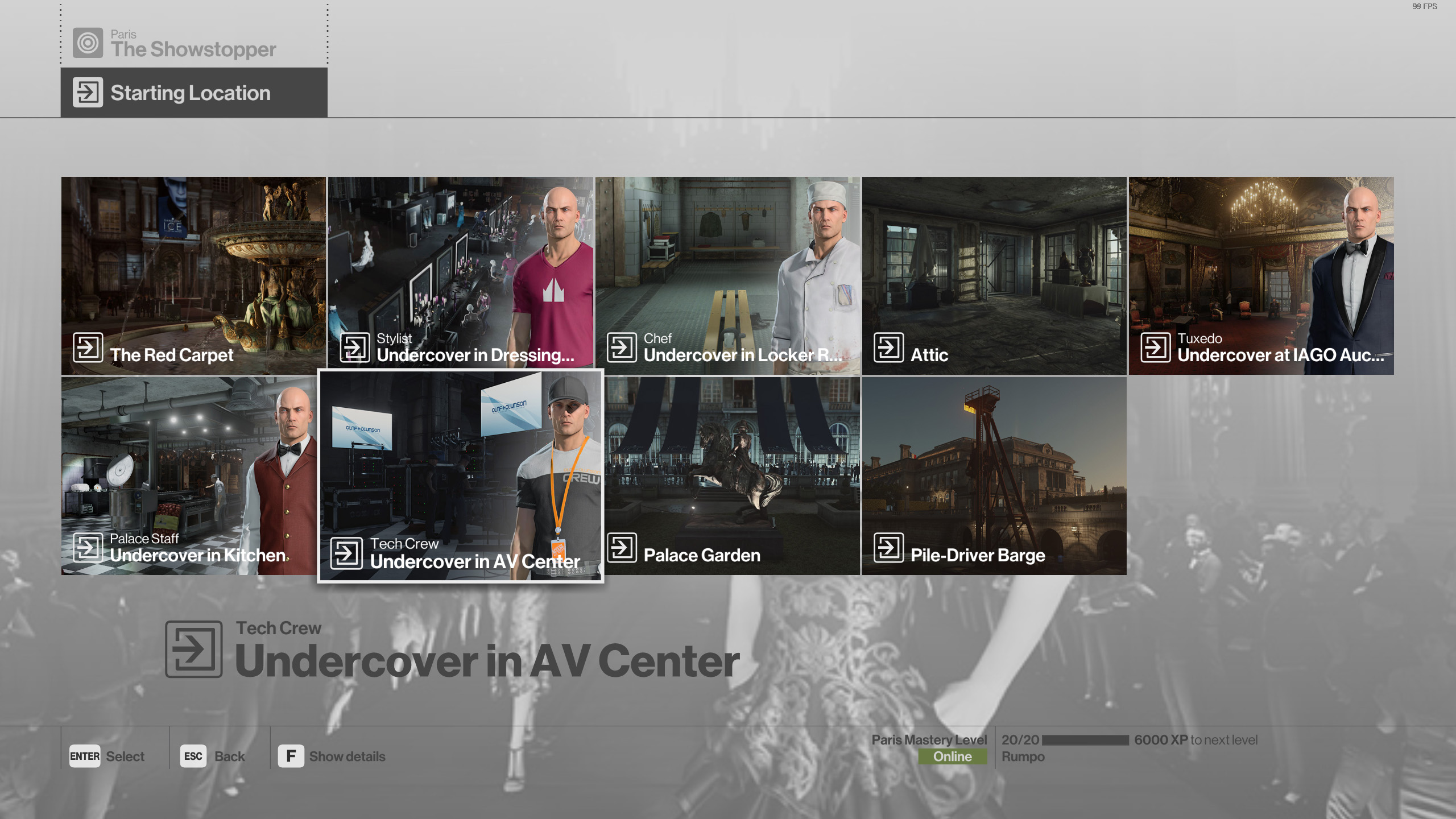 For this route there are two things that you’re going to need unlocked in your game. The first is the Undercover in AV Center starting location, and the second is the Lethal Poison Vial. The former is unlocked by reaching mastery level seven in Paris, and the Lethal Poison Vial is unlocked when you hit mastery level 10 in Sapienza. Since The Sensation is around for about 10 days, you have plenty of time to grind these unlocks to use this strategy.

As with all elusive targets, you only get one shot. If you die, or fail to kill the target, that’s it. Once the mission is failed it cannot be started again. However, you can restart before you kill the target or before you die. If you find that your timing is off, or you make a silly error, simply restart and try again. Don’t try and force a rough run when the stakes are this high. 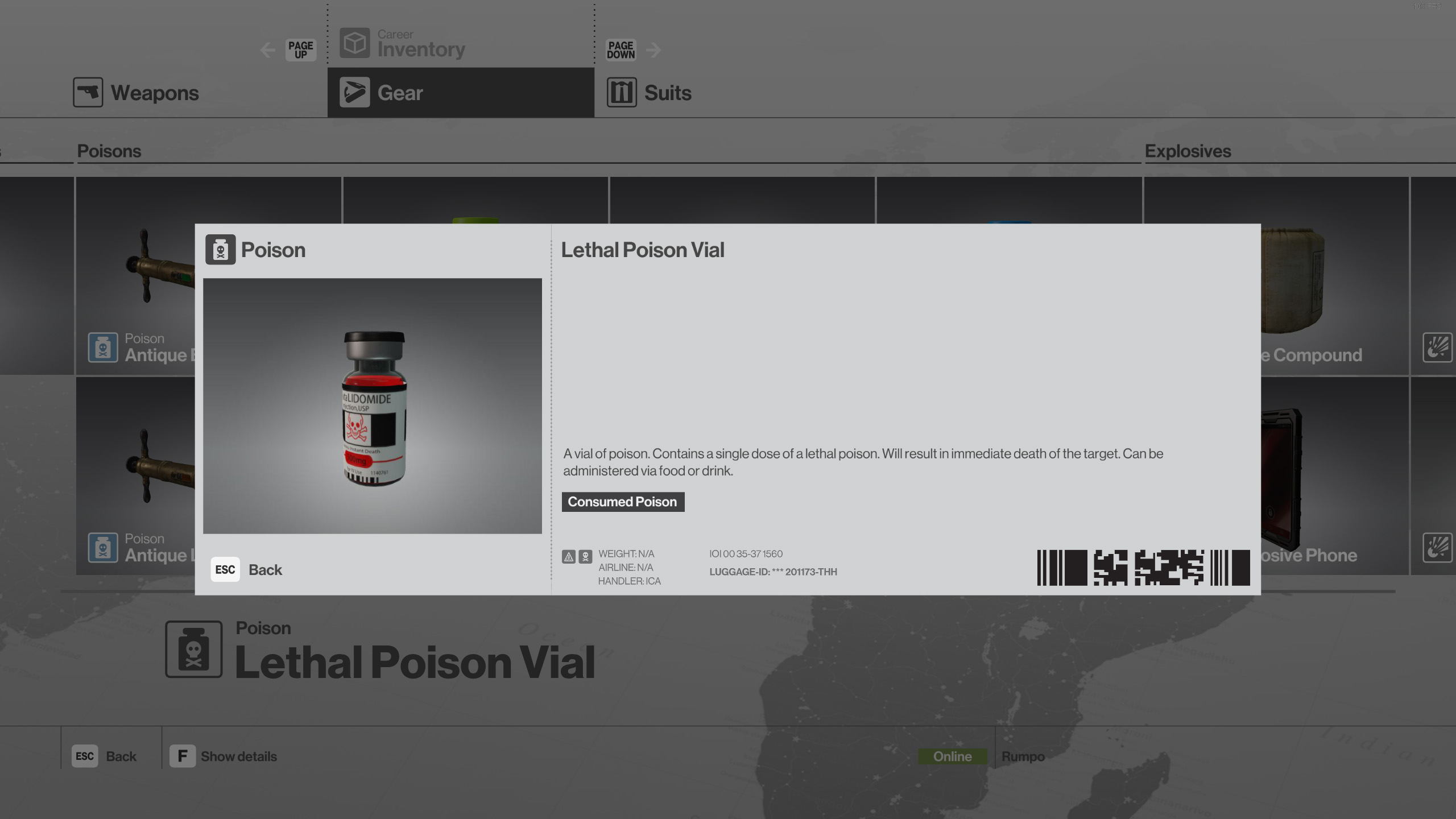 As expected, begin in the starting location Undercover in AV Center. You will need to immediately make your way to the large room to the north. To do this, turn right and go through the nearby door. Run down the very short hallway and turn right. Run past the guard (he won’t pester you) and into the open door on your left. Close that door, and then close the remaining door that’s open in the same room. The one near the chefs who are preparing food. With all the doors closed, subdue the lone NPC in this room and equip the Auction Staff disguise. Quickly hide the body.

Exit the room on the east side and run down the stairs to the ground floor. Go out the big doors to the north leading outside and looking at the helicopter. You want to head west once you’re outside, which will take you into the area where The Sensation is having his private party.

When you get into the area, look for a gazebo. It’s the one where you complete the challenge A Private Meeting if you’re doing the main Showstopper mission. Near that gazebo will be a table with a glass of vodka on it. Approach it and use the Lethal Poison Vial. You must be quick from the start of the mission until now to beat your target to the glass. Once it’s poisoned, though, you can make your way to whatever exit you prefer. Your target should be dead before you get there and, because it’s an accident kill, there is no danger when the body is found.

Now that The Sensation is dead, be sure to look through all our Hitman content on Shacknews, where we’ll be helping you eliminate every elusive target on this second run.

ShackStream: Exploring the deserts of Icarus with the devs