If you haven’t taken the time to work through the lost sectors in Destiny 2, you should. While you’re in the process of leveling characters, they can provide you with some good boosts in gear. They become a bit less useful in the end game, but if you want to complete the challenges on a given planet each day, looting a lost sector is mandatory. Today, you must loot a lost sector in Lost Oasis on Io to complete that planet’s challenges. 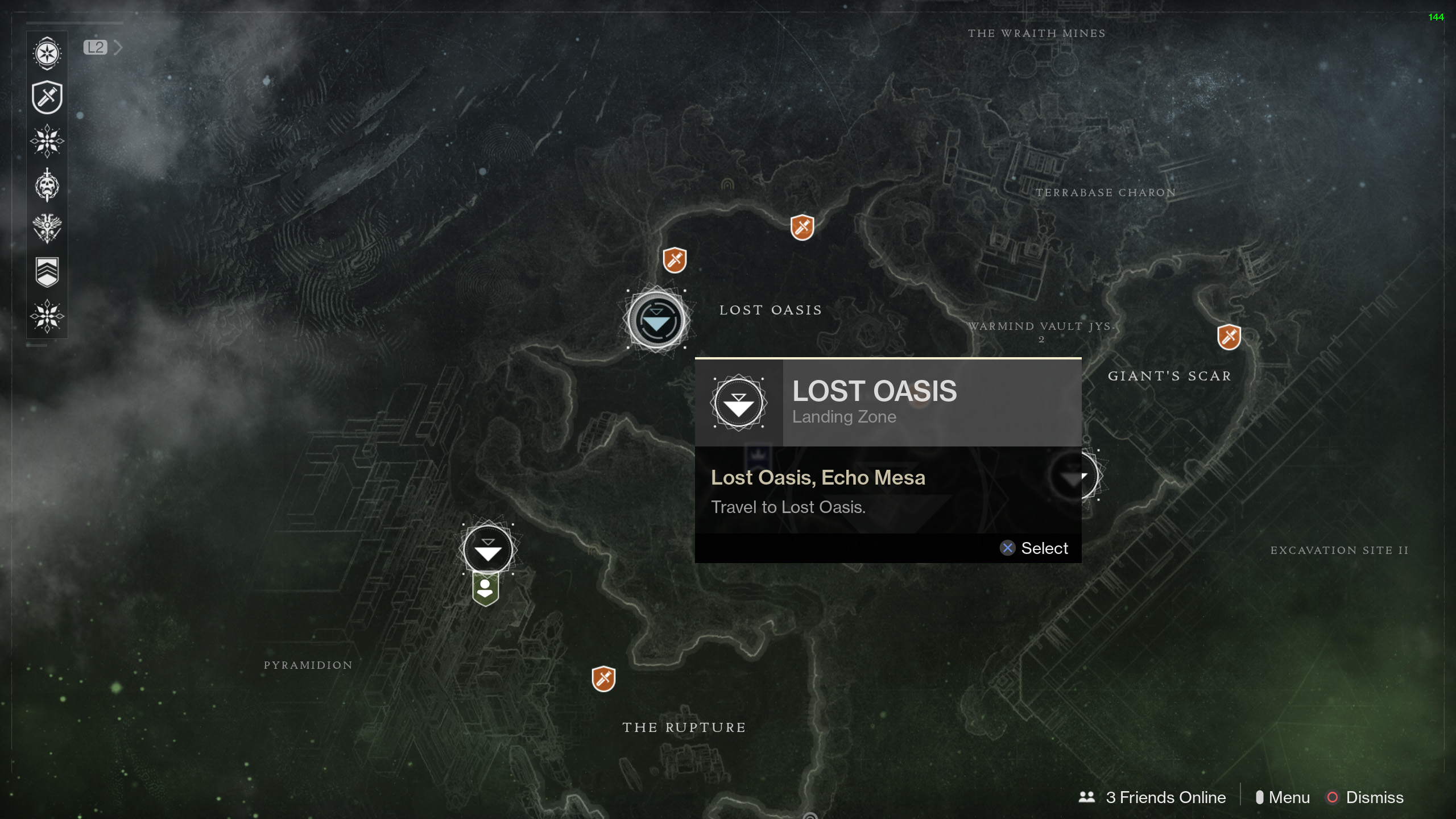 From your Director, bring up the world map and choose Io. Spawn in at the location available in Lost Oasis, but not before you take note of where the lost sector is. Above the spawn point and slightly to the right, along the edge of the area, you’ll spot the symbol for the lost sector. If you’ve never completed it, they symbol with be a bit easier to spot. If you have completed it, the symbol will be slightly greyed out, but less visible. 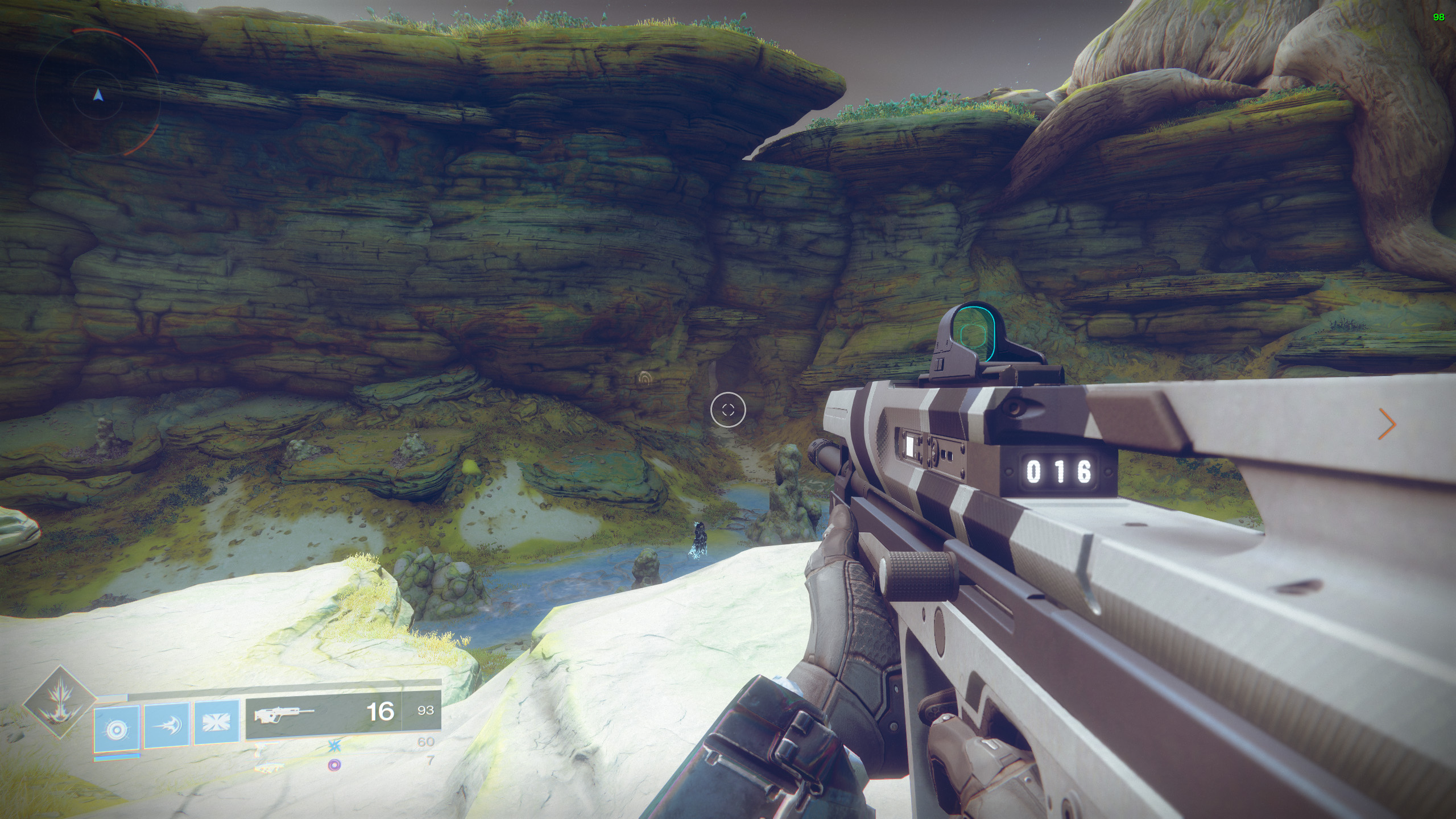 Make your way to the cave entrance and run inside. As you move forward you will get a notification on your screen that you are in a lost sector called Grove of Ulan-Tan. Keep going forward until you reach a large area with many Vex. If you look to the right, you’ll see the top of a broken wall with a light shining above it. That’s the lost sector chest you want. 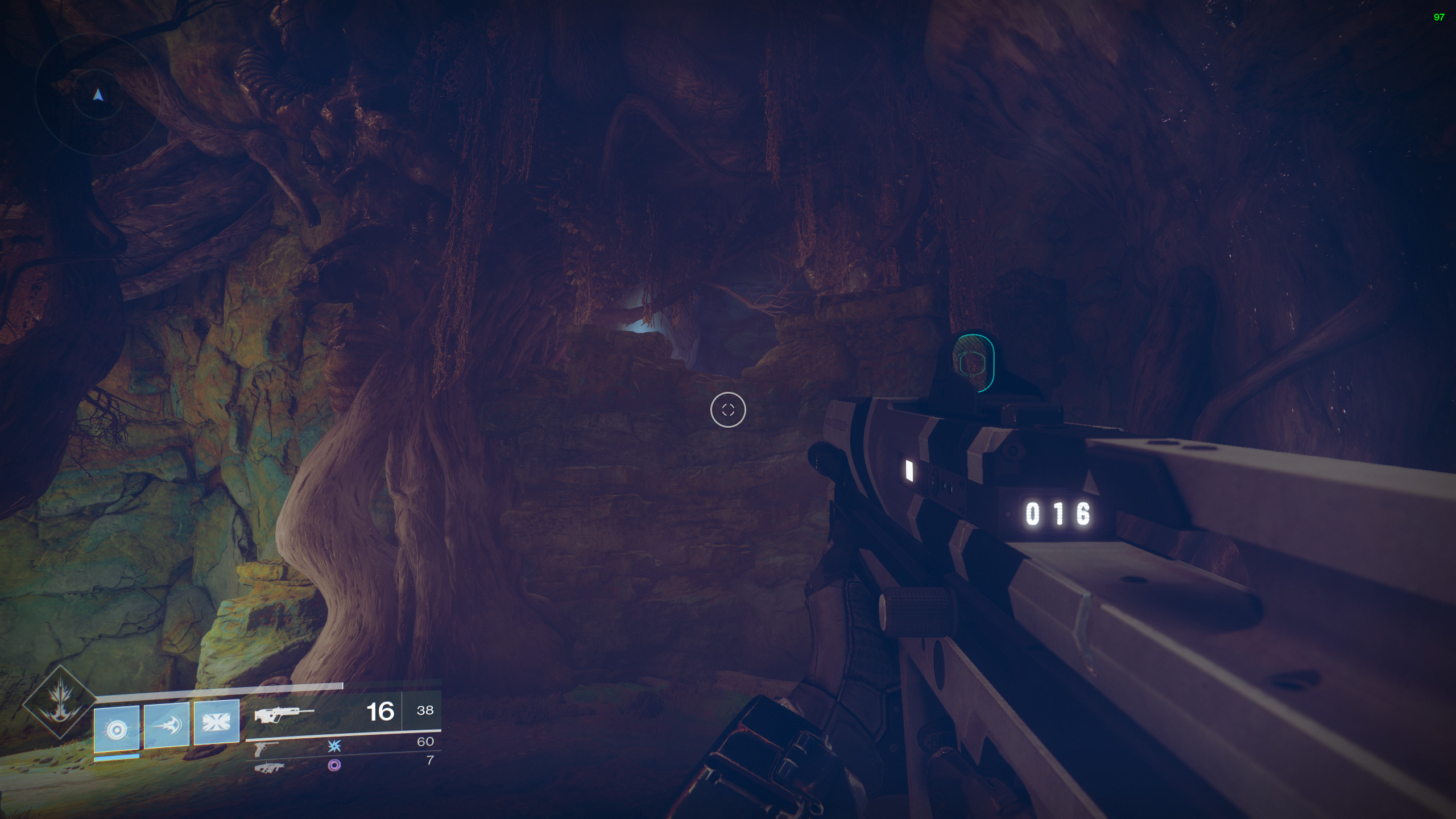 The game would like you to fight through all the Vex, moving counterclockwise around the area until you naturally reach that chest. However, you can make the jump to the top of the wall if you get creative. I stepped on a small rock to the left of the big tree beside the wall, then jumped around the tree to get up to the chest. 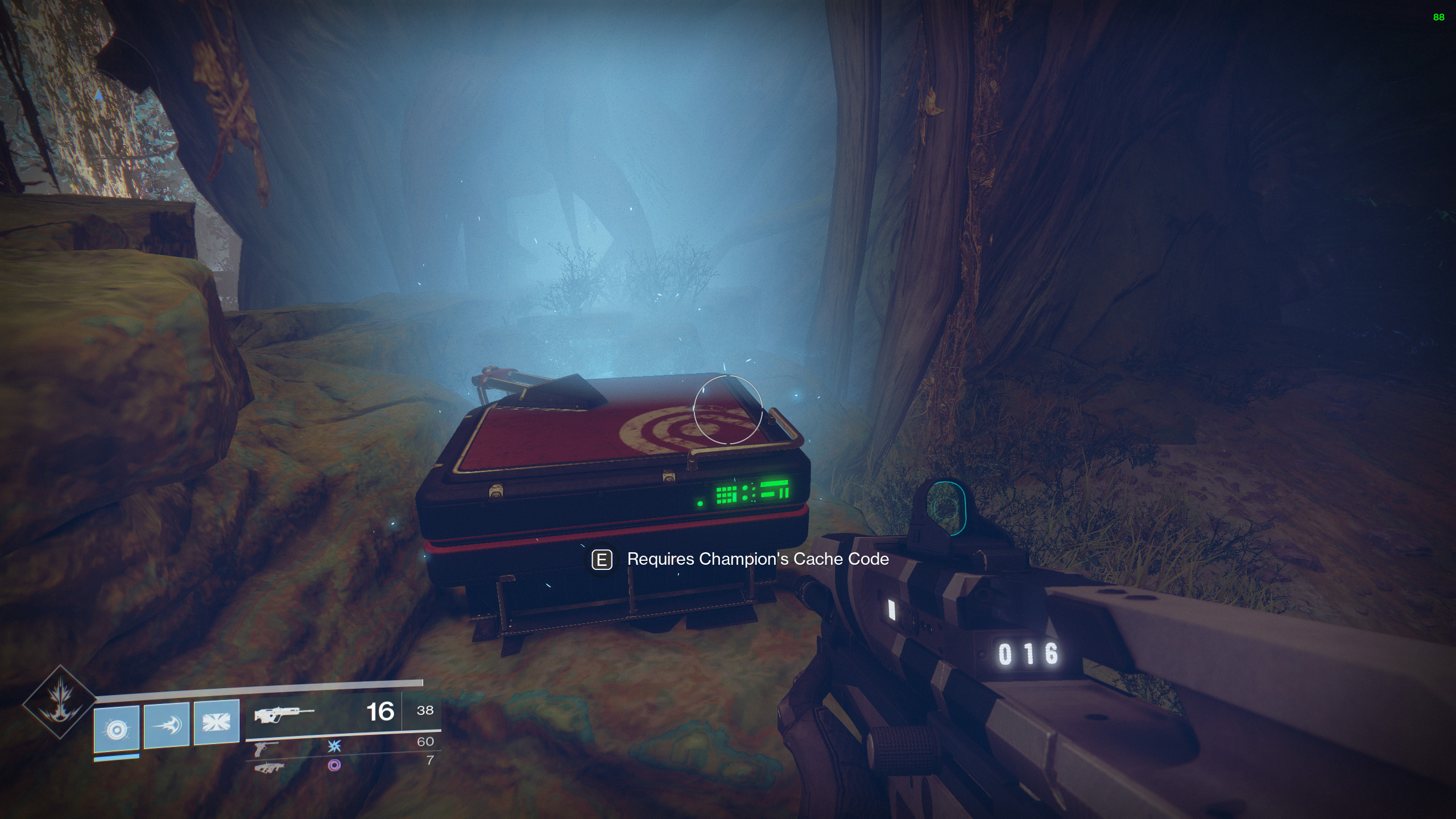 Of course, the chest requires that you secure the Champion’s Cache Code from the boss of the area, a Minotaur called Queldron, Keeper. You’ve fought tougher before, so smash this fool and all its minions, then loot the chest. From here, you can simply hop back down to where you jumped up the wall, and exit the lost sector with your (unimpressive) loot in tow. 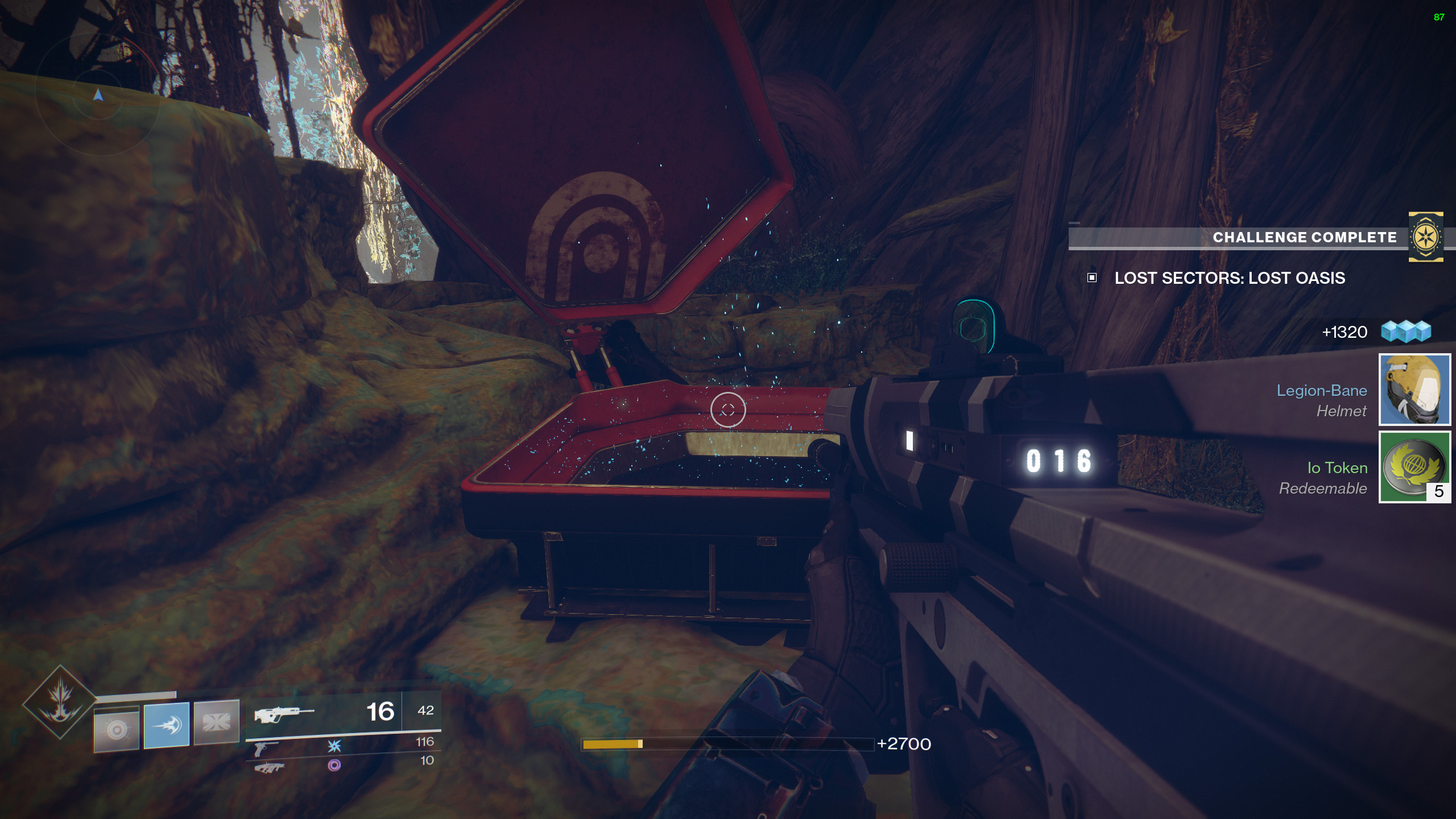 Now that you’ve managed to loot a lost sector in Lost Oasis, check out our extensive coverage with the Shacknews Destiny 2 complete strategy guide.