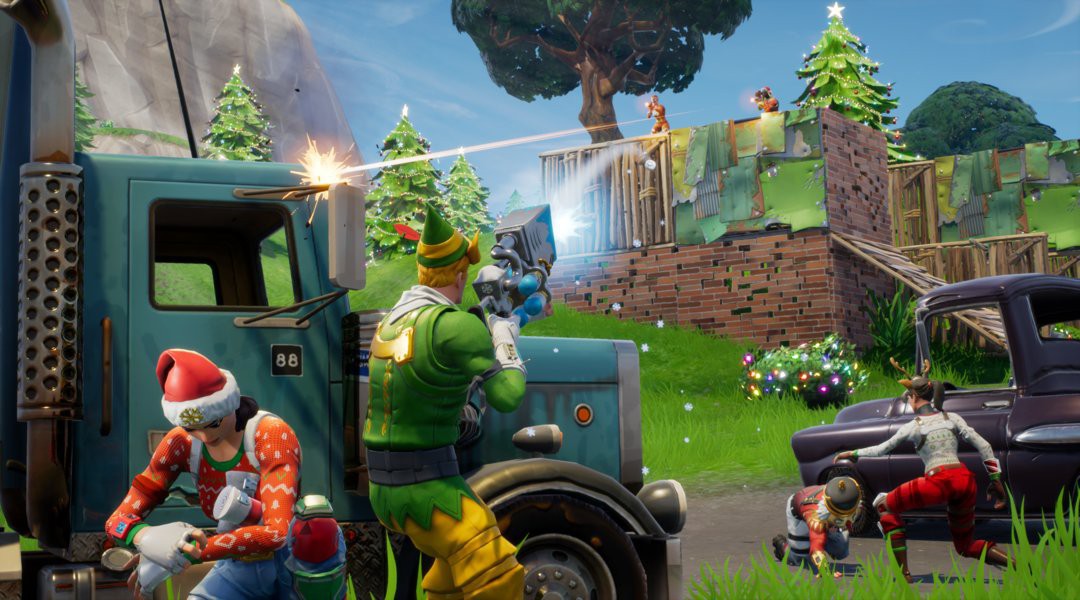 Whether you're into their PvP or PvE modes, Fortnite has some new content to keep you occupied this winter. The game has kicked off its "Survive the Holidays" event and has announced a brand new battle pass for their Battle Royale players.

Fans of the PvE "Save the World" mode are getting a new "Survive the Storm" event that offers up 3-day and 7-day winter-themed maps. Players will explore the winter wonderland during the day and defend an increasing number of generators at night from an onslaught of festively dressed husks and some brand-new mini-bosses. There's also a handful of new limited-time quests that can help players earn holiday heroes and weapons.

According to a press release from Epic, Season 2 battle pass for Battle Royale mode will offer up new cosmetic loot and 65+ new rewards that players will be able to unlock through game progression. Along with some festive holiday visuals, players will also have shot at earning a limited-time Snowball Grenade launcher.

Along with all the Christmas-themed holiday updates, new daily quests, UI updates, and a few bug fixes are also included in the latest patch. Fortnite is still in beta, and players can check out their Battle Royale mode for free, or purchase a founders pack to experience an early access Save the World mode. The full game is planned for a 2018 launch at which point both modes will be free-to-play.