Guardians can get through a lot of Destiny 2 by mixing and matching subclasses and armor without much care as to how they complement each other. There’s typically someone in your fireteam who will carry you through, or your base power is high enough that you can brute force your way to victory. However, there will come a time when your choices do matter, and where making the wrong one means you don’t finish the activity you’re attempting. This will often come in the form of a prestige difficulty. Because they are often viewed as the weakest class, I wanted to focus on the Hunter and their Raiden Flux exotic chest armor, a deadly combination that can turn the tides in some of the most intense moments Destiny 2 has to offer. 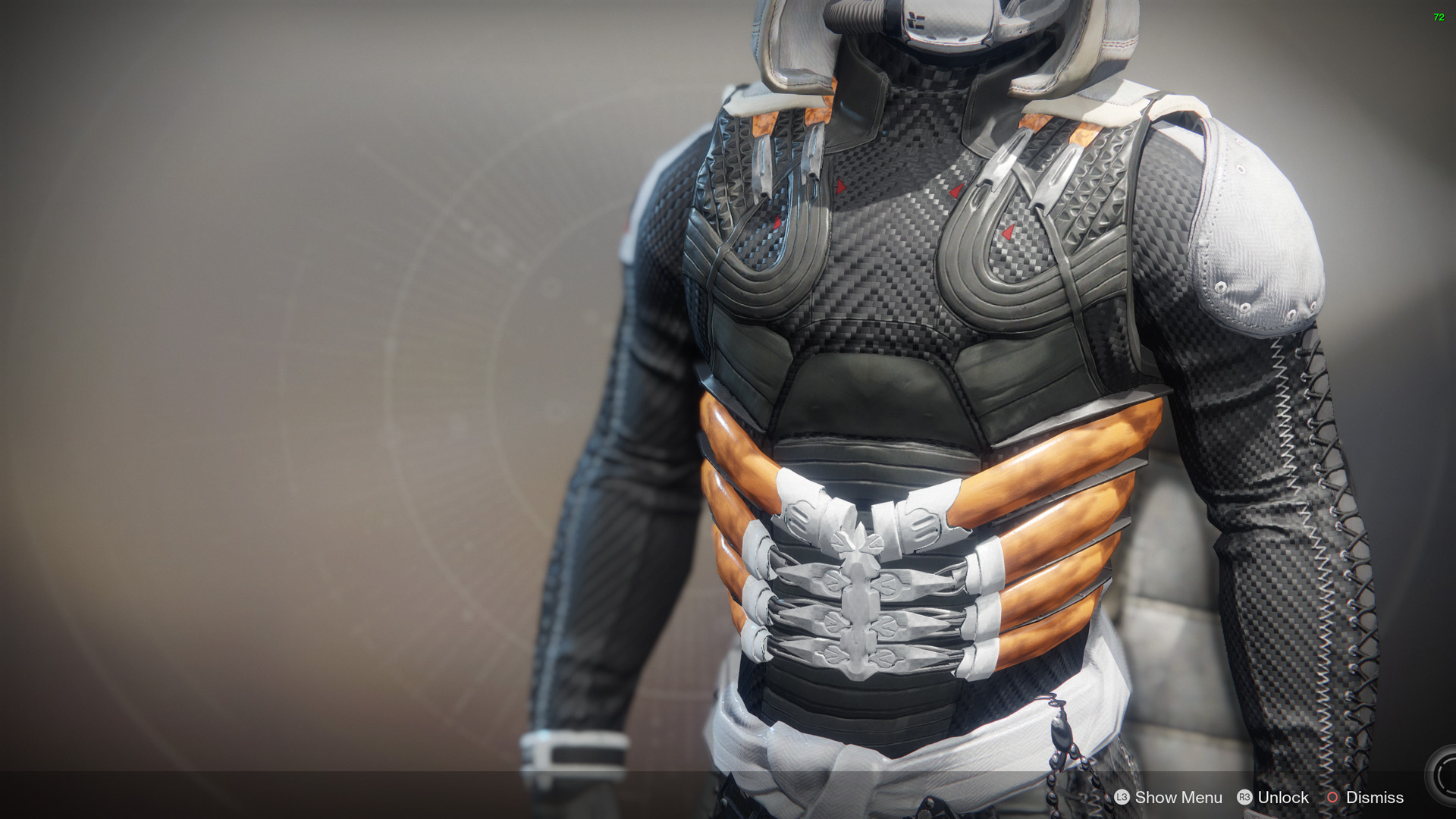 The point of an exotic weapon or armor piece is that it comes with an intrinsic perk that offers the player a bonus that standard legendary gear lacks. In the case of the Raiden Flux, the intrinsic perk is called Synapse Junctions, which makes quick successive attacks with Arc Staff increase its damage output and duration. The Arc Staff super ability that benefits from Raiden Flux requires the Arcstrider subclass. If you’re not using the Arcstrider subclass, there is zero reason to use the Raiden Flux, unless you just think it looks cool.

The two standard perks that you can configure your Raiden Flux with are the Plasteel Reinforcement Mod and the Restorative Mod. Your choice here will either increase the amount of damage you can take or how quickly recover after taking it. That’s a guide for another day, though. Choose whatever you wish or whatever complements your build the best.

The Raiden Flux and Arcstrider subclass pair very well with the Way of the Warrior skill tree when you’re configuring your subclass. This is mainly because, after dodging during your Arc Staff super ability, your hits will cause a lightning aftershock that will damage nearby enemies. It’s not a huge deal, but it’s one more thing you can do to get the most out of your Arc Staff.

When to Use Raiden Flux 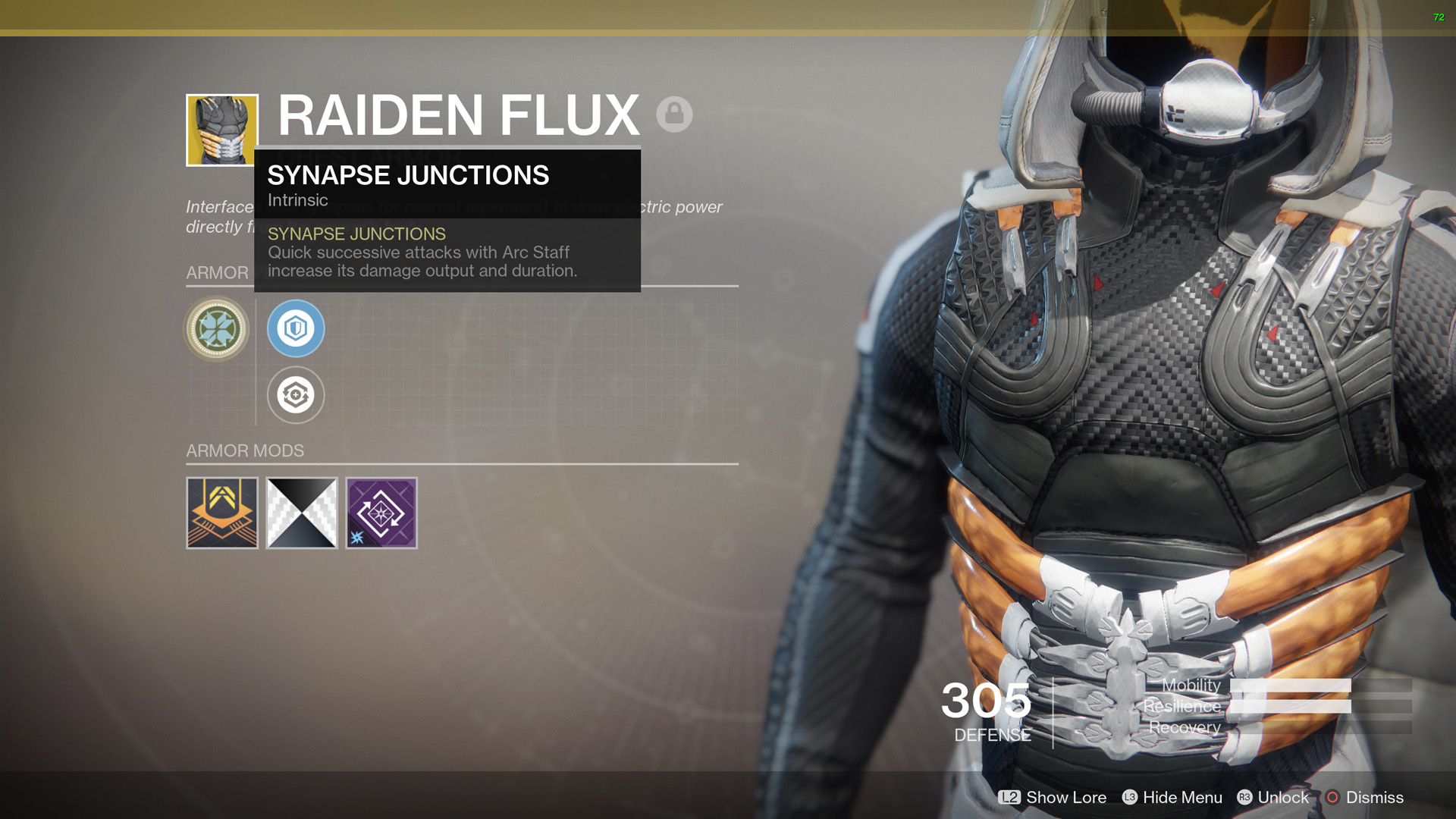 Unlike my breakdown of the Celestial Nighthawk, the Raiden Flux is a bit more subjective in terms of when to use it. For example, Raiden Flux and Arcstrider can struggle to be effective in the Crucible due to how easily it can be countered. Golden Gun, Fists of Havoc, Daybreak, Nova Bomb, and Sentinel Shield are all effective counters to Arc Staff. Even the Shadowshot can neutralize it. If you can get in close to a group of opposing players, though, you can do some damage. The problem here is that there are only ever four enemies on the opposing team. The likelihood that you can find and kill them all is low. Even then, why do you need to extend the duration of Arc Staff? You’d be better off running Knucklehead Radar so you can see enemies on your mini map while you ADS (aim down sight).

When you get to PvE situations, Arc Staff is far more effective when paired with Raiden Flux, especially if you are faced with large groups of enemies. With Raiden Flux equipped, quick successive hits with Arc Staff increase its damage and extend its duration. Find enough enemies and this can cause Arc Staff to last a very long time. Add the Way of the Warrior skill tree, do a bit of dodging to close the gap, and the area you are in becomes a giant mess of Arc lightning and death.

My favorite uses for Arc Staff and Raiden Flux is in the Leviathan raid. In the Castellum, while defending the standards, you can demolish the Cabal attackers when things get crazy. It’s also very good during the Pleasure Gardens section. One Arc Staff super ability while you have Raiden Flux equipped can take down a Royal Beast. You can strike the Royal Beast over and over, increasing the damage each time, and causing the duration to extend. This is an excellent alternative for Hunters who might not have the Curtain Call rocket launcher.

How to Get the Raiden Flux 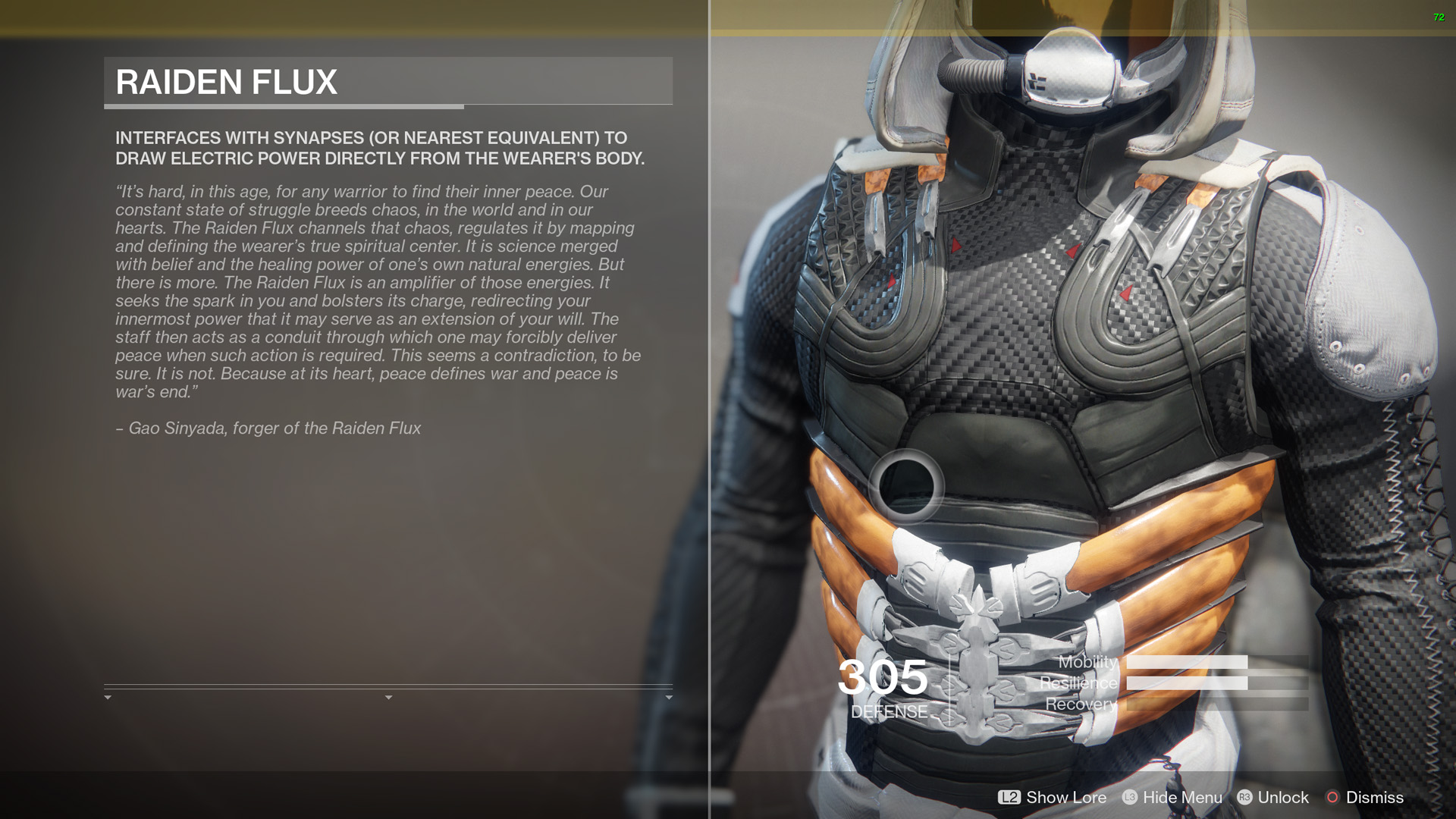 Getting Raiden Flux is quite easy to do. After you complete Riptide, a main story mission on Titan, it will be offered as a reward by Sloane. She’ll let you choose between that, Lucky Pants and the Mechaneer’s Tricksleeves. The Power level that it drops at will be comparable to your overall Power at the time, so you’ll need to infuse it to keep it relevant when you compete in the raid or weekly Nightfall.

If you missed getting Raiden Flux during the campaign, acquiring it requires you to either get an exotic engram and get lucky on what drops, or to have it pop from an NPC while receiving a powerful engram. There is no quest that you can complete to get this chest armor, so playing naturally as the Hunter is your best bet. There’s always the chance that Xur will have it in stock, but you’re likely going to have to spend some time farming for exotic engrams.

Now that you have a good idea why you should be aiming to get the Raiden Flux exotic chest armor, be sure to visit the Shacknews Destiny 2 complete strategy guide. We play a lot of Destiny 2, and we’ll keep working through every inch of the game to help you become a more effective Guardian.