Destiny 2 introduces a few new flashy Subclasses into the sandbox, along with a whole lot of abilities and moves. One new ability that has garnered the attention of a lot of gamers is the Phoenix Dive, a Warlock-exclusive maneuverer in Destiny 2. 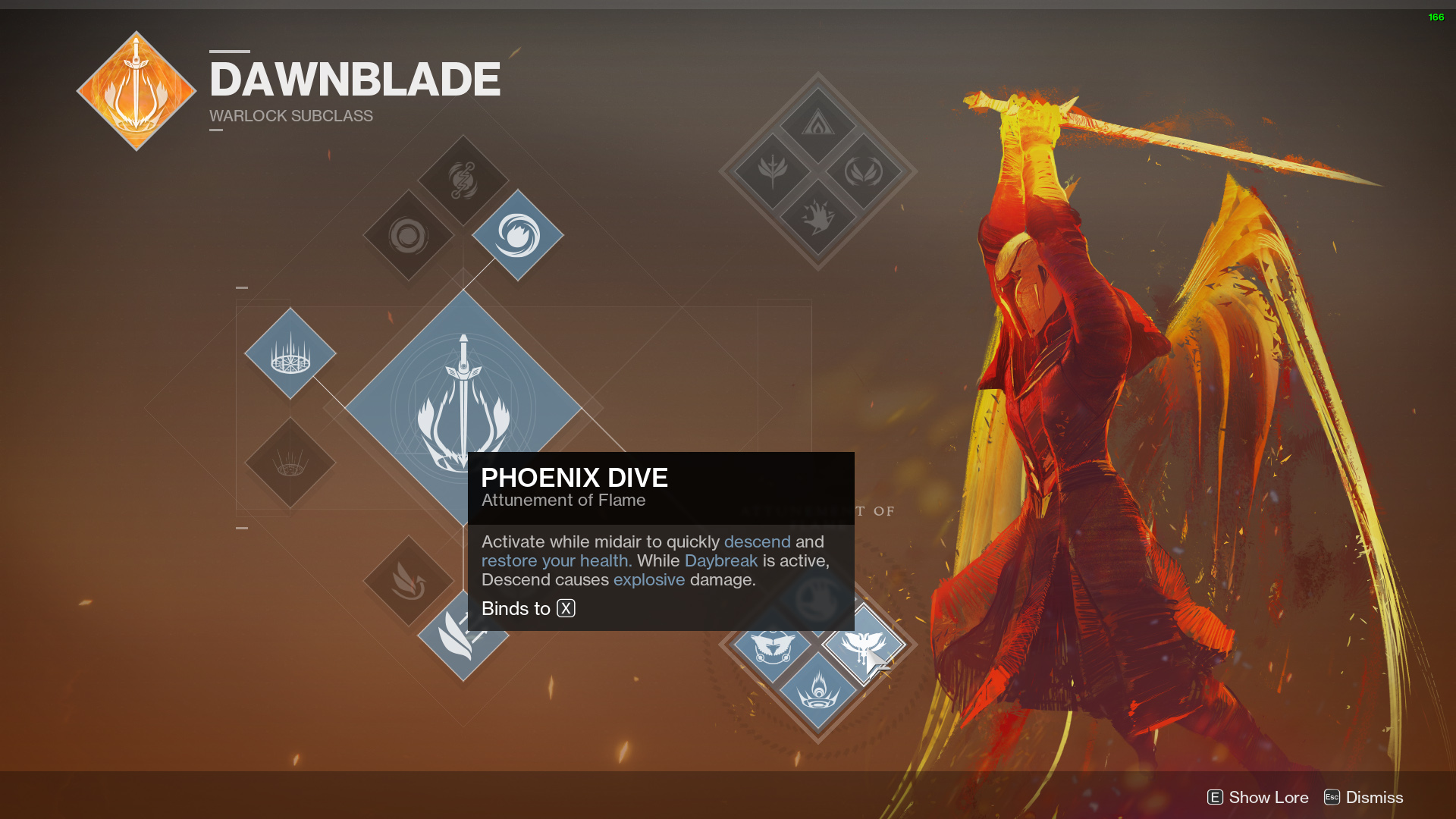 The tool tip for the Phoenix Dive reads:

Activate while midair to quickly descend and restore your health. While Daybreak is active, Descend cases explosive damage.

The amount of health that is restored from using Phoenix Dive is always roughly the same, regardless of your fall-height. You will always regeneration roughly 50% of your total health. Even if you only jump a little bit into the air, activating Phoenix Dive can still restore a significant portion of your health, making it extremely useful in some of the more difficult end-game activities, such as the Leviathan raid, Trials of the Nine, or Nightfalls containing health-limiting modifiers. 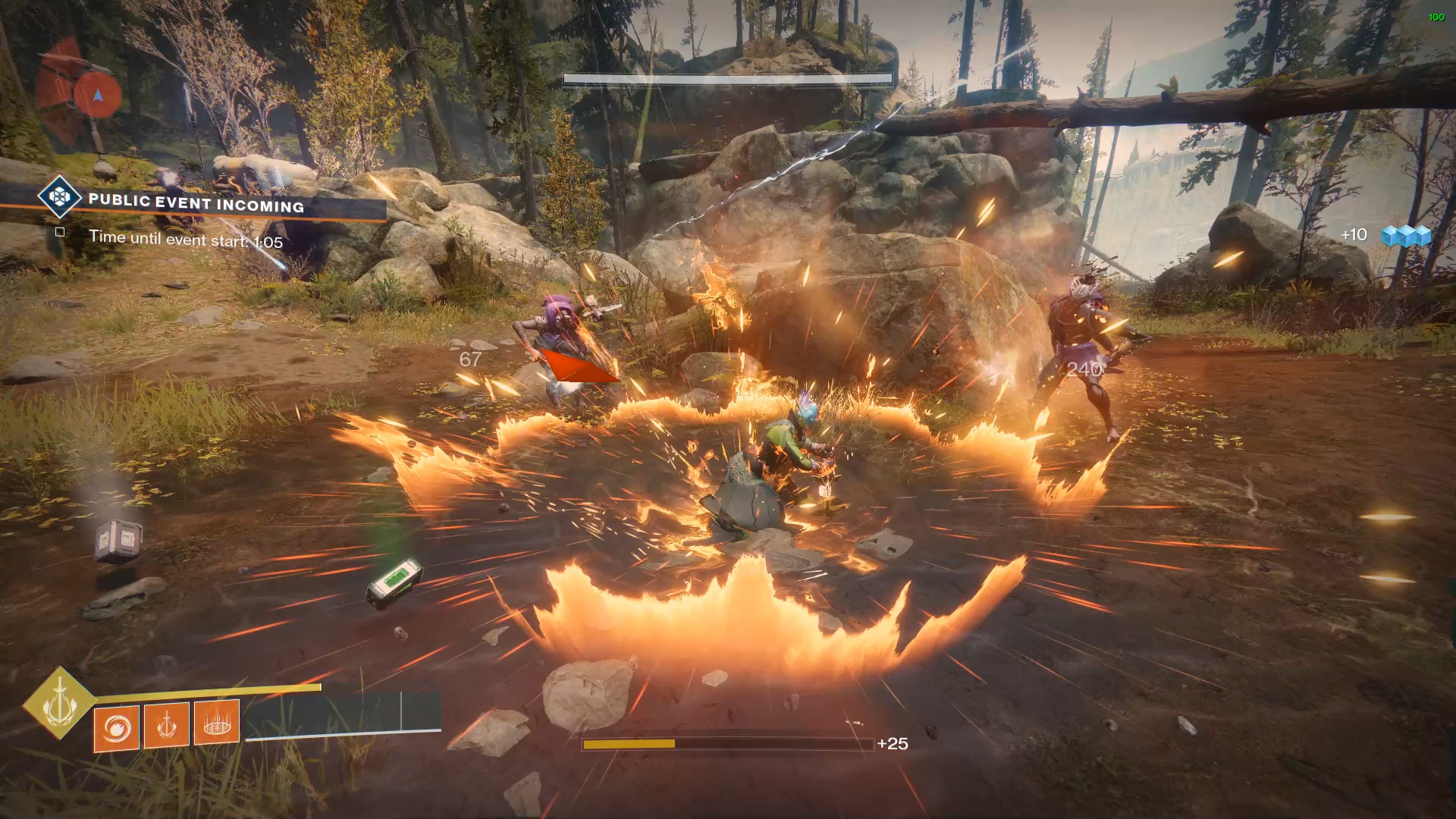 The second aspect of the Phoenix Dive is that, while the Dawnblade’s Super is currently in-use (Daybreak), activating Phoenix Dive causes a massive area-of-effect explosion around the landing site. This lets the Warlock perform a stomp-like move, bursting enemies into flames wherever it lands. This also acts as a kill, meaning it extends the duration of Daybreak and generates Orbs of Light.

Even though the Dawnblade is largely considered to be the weakest of the three Warlock subclasses, the Phoenix Dive is extremely versatile in its own way. When cast during the Super, it not only allows you to keep your health full, but it also generates Orbs of Light and keeps the Super going for longer.

If you want to learn more about the different abilities and skills in Destiny 2, be sure to check out our Destiny 2 Complete Strategy Guide!