Path of Exile Gets Corrupted in 'War for the Atlas'

Path of Exile continues to rack up more and more castaways and adventurers to the lost continent of Wraeclast. But as more and more players find their way to Grinding Gear Games' MMORPG, the more danger starts to pile up. Following the Atlas of Worlds and Fall of Oriath expansions, the Path of Exile world has begun to decay. Many parts of Wraeclast are becoming noticeably corrupted.

That's the setup for the next Path of Exile expansion, titled War for the Atlas. While last year's Atlas of Worlds expansion introduced an incredibly powerful entity called the Shaper, War for the Atlas introduces another boss that rivals his power. The Elder has arrived to battle the Shaper for control of the Atlas, only he will do so by rotting parts of Wraeclast and wresting its control from the Shaper through pure rot. Shacknews got to take a first look at the upcoming War for the Atlas expansion and see some of what's coming. 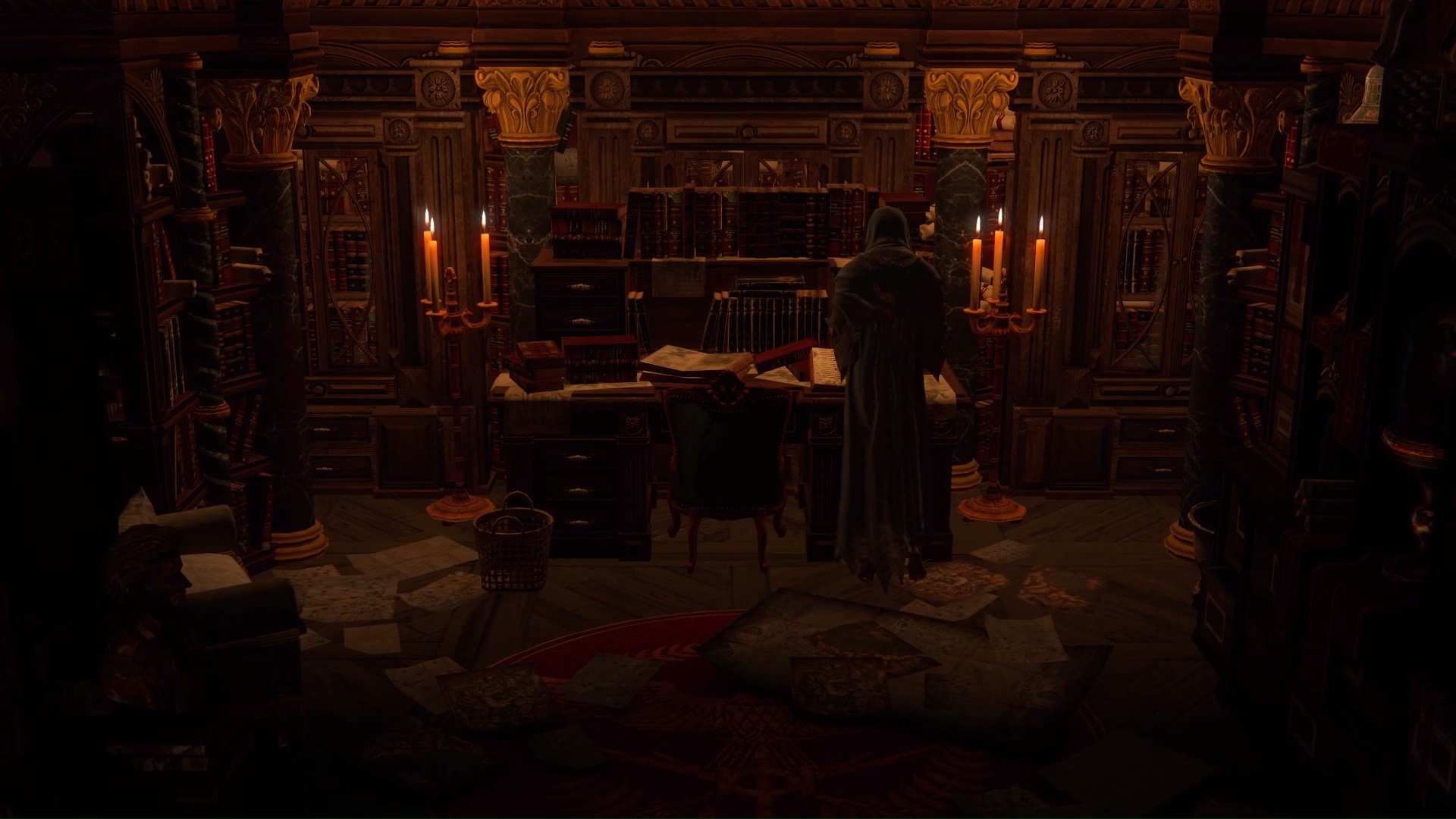 With Wraeclast becoming corrupted, players journeying through Path of Exile's end-game will notice tentacles start to pop up across different parts of the play area. Walking into these areas will weaken player characters, since they're an indicator of the Elder's corrupting touch and a sign that infection is spreading across the Atlas. Players will notice the Elder's effects, as the game's maps start to show scars that include destructed areas and anomalies that will explode when players get too close.

While players can continue to explore Atlas as they've been able to do for the past year, the mission now becomes to try and ward off the Elder's growing reach. The idea will be to reach him by defeating his powerful Guardians. The Guardians won't be easy to beat or even reach. Players can access purple areas on the Atlas and try to fight that map's boss, as normal. However, there's a chance that the Elder will emerge in that area and completely siphon power from that map's boss, using its power to create one of the Guardians. 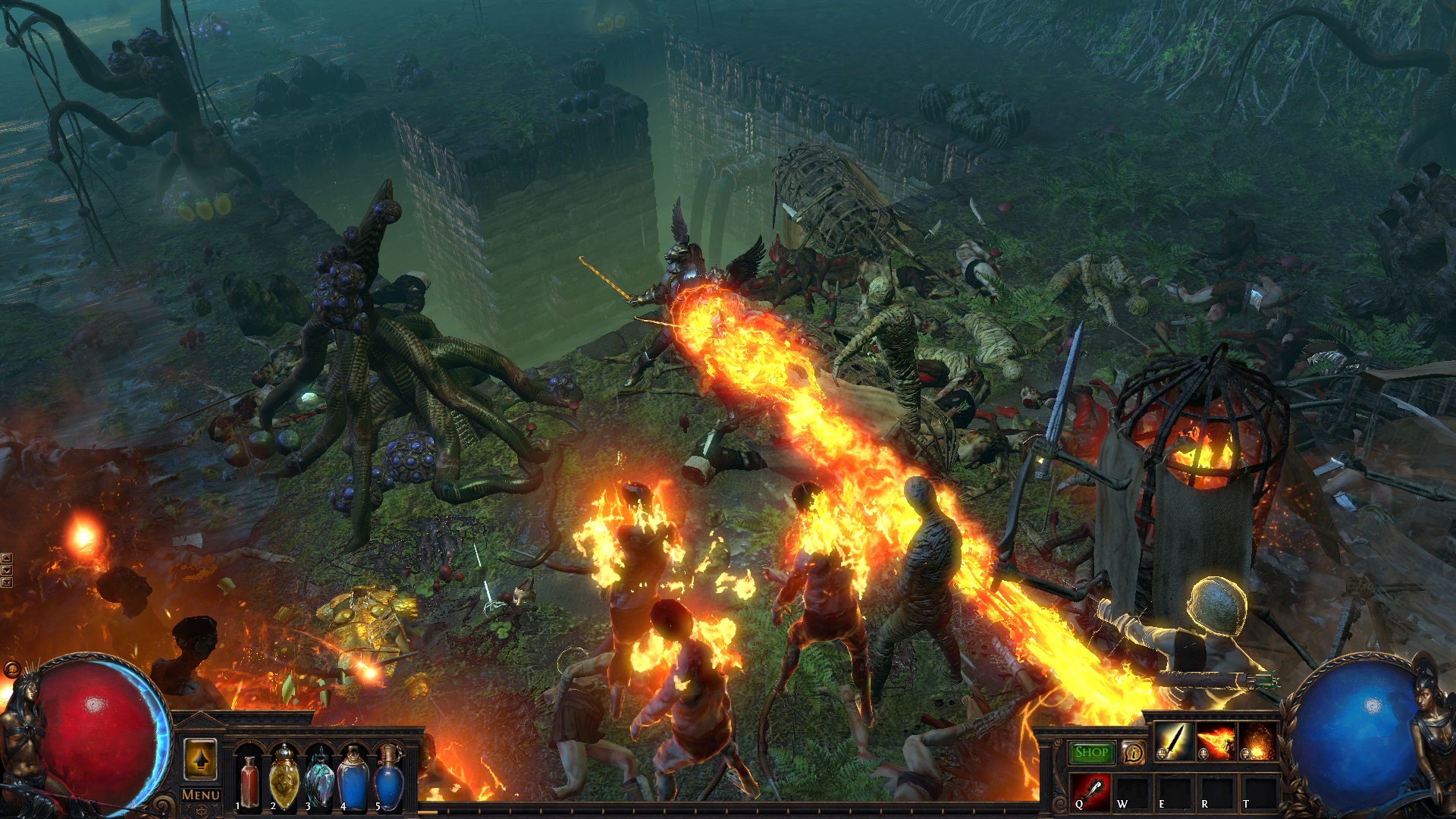 One example that Lead Programmer Jonathan Rogers showed off was a high-powered Guardian called The Eradicator. This uber-boss will fill the arena with lightning powers, keeping players on their toes by surrounding them with lightning pylons that go off for massive damage. This is just one example of an Eradicator battle, since the arena players confront the Guardian in will depend on the map he's inhabiting. Players can try to take on these Guardians early or they can try to power up a little more, but if they try to take on higher-level Guardians, the fights might go a little longer. Rogers indicated that higher-level Guardian fights would span across multiple arenas and multiple phases.

Now given that players likely have no love lost for the Shaper after last year's expansion, one might wonder what happens if they just sit back and allow the Elder to completely horn in on his territory. And that is definitely an option, to just leave the Shaper to rot. Rogers does note that it is possible to allow the Atlas to decay completely, but also mentioned that something potentially bad would happen if it does. What that is, exactly, is not being revealed at this time.

So how can players hope to take on the Elder and his Guardians? New end-game items are being added, which contain special properties. Shaped Items and Elder Items each wield unique abilities that will give players a big boost. Like any other item in the game, these items can be modded to be even more powerful. On top of that, new Skill Gems are being added, offering players some new necromancy-based abilities. This isn't simply raising the dead and having them fight for you. Grinding Gear wants to be a little more creative with necromancy abilities. One example involves raising corpses and combusting them in a fiery volcano effect, taking out any surrounding enemies. Another example is a Corpse Warp ability, which sees players raise a corpse and blow it up, while also teleporting players to that corpse location. The latter example can be chained endlessly, creating massive strings of corpses and allowing players to warp around like crazy.

Veterans and newcomers alike will also see the start of the Abyss League. This latest Challenge League sees players travel the world, but find cracks start to form in various areas. Monsters will emerge from these cracks and players are tasked with clearing them out. Clearing out these monsters will continue to open new cracks, which leads to the potential for greater rewards. Veterans will find new challenges here, while newcomers will find a quick path to level up. More details on what kind of rewards the Abyss League will offer are set to be revealed in the weeks ahead.

The battle between the Shaper and the Elder is only just beginning. Path of Exile: War for the Atlas is set to deploy on December 8 on PC, with the expansion expected roughly a week later on Xbox One. This will also mark Path of Exile's official release in Europe. As is the case with all of Path of Exile's expansions to date, this additional content will be added as a free update.