Nintendo Switch owners have been impatiently waiting for video streaming services to come to the hybrid console. The tablet form factor makes it the perfect device for binge watching your favorite shows while you lay in bed. So far, we have not heard a peep about YouTube or Netflix coming to Switch, but today Nintendo slipped us a tiny morsel of hope.

In their latest "Nintendo Download" PR email blast, the company confirmed that Hulu will be coming soon to the eShop on Nintendo Switch. 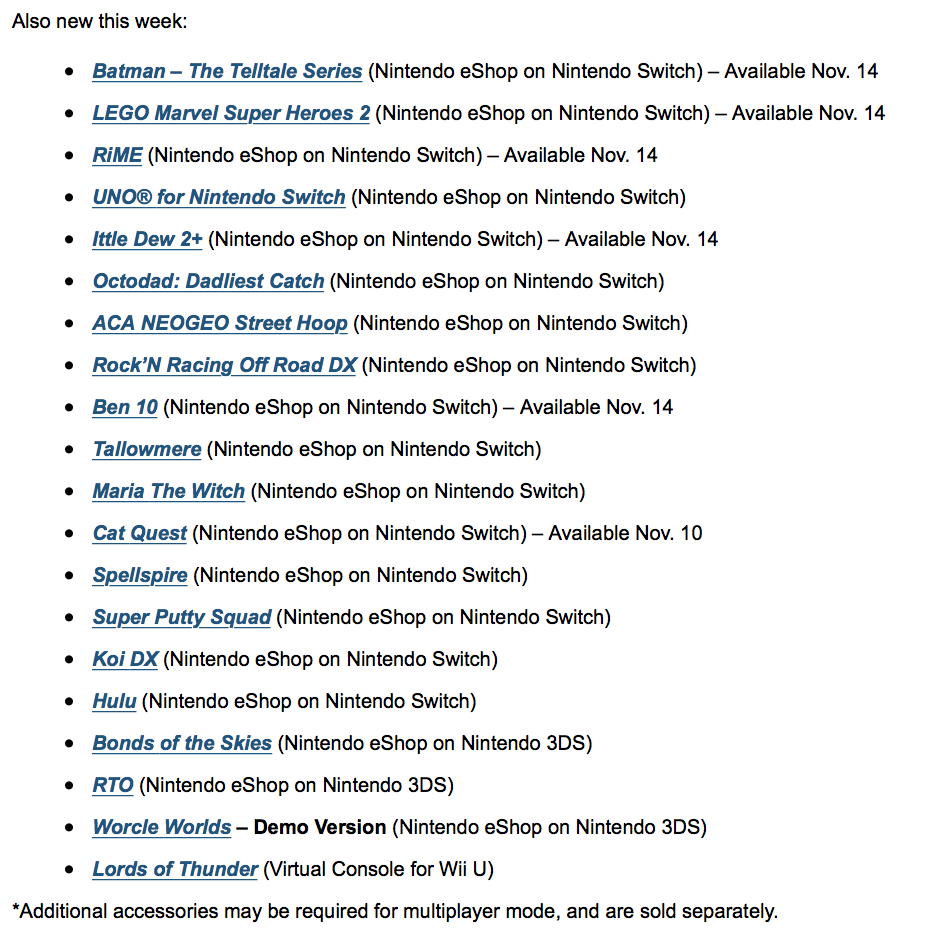 Clearly, Nintendo didn't think the announcement deserved any hype, but this is somewhat exciting news for fans of video streaming services. Up until now, there was no way for Switch owners to watch video content. Hulu is home to shows like South Park and The Mindy Project, but most Shackers eagerly await the news that Netflix will be coming to Switch as it is the most popular streaming service of them all. Personally, I would like to see YouTube make its way to the platform as well.