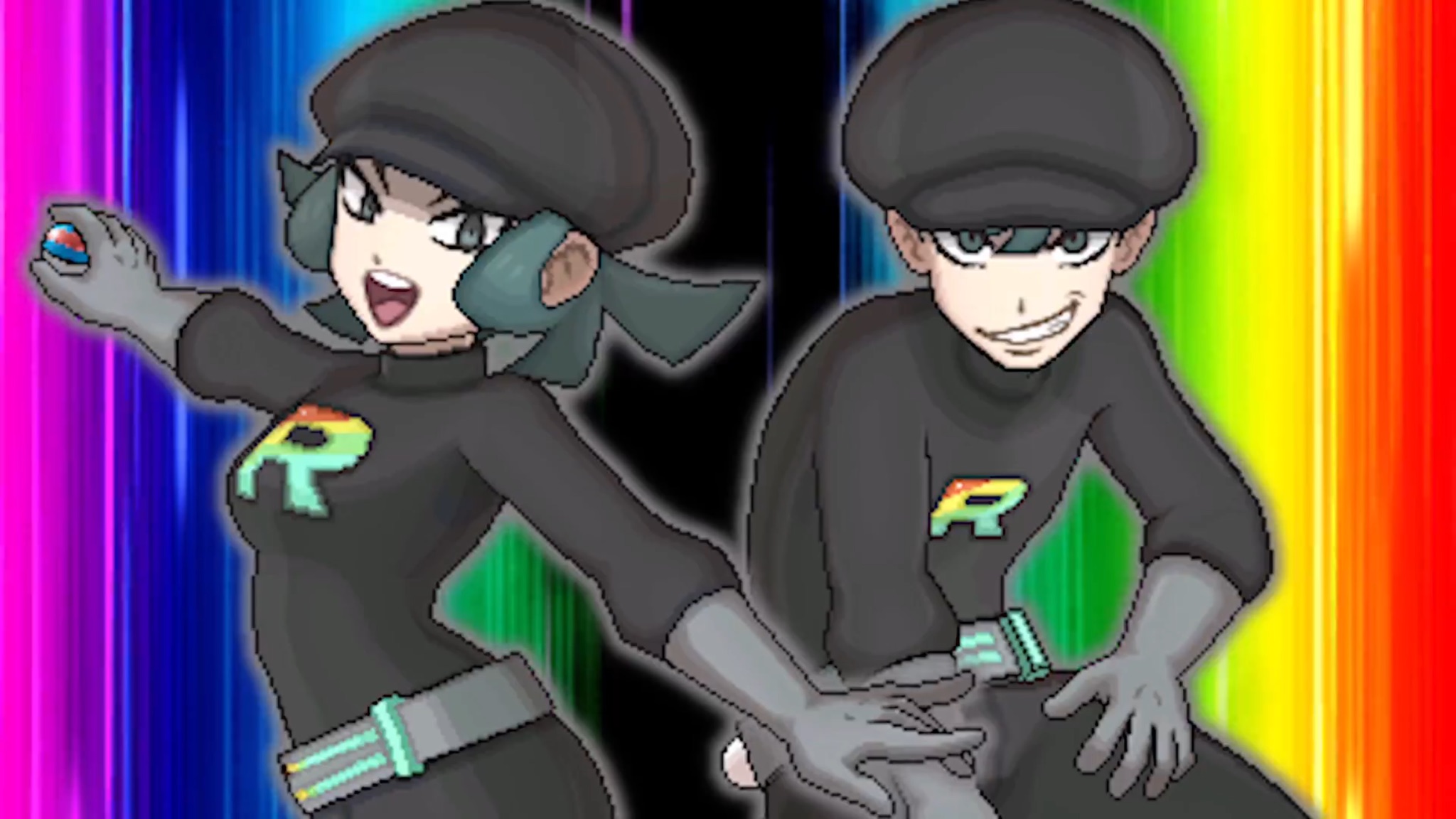 It’s been implied that the upcoming Pokemon Ultra Sun and Ultra Moon will be the final games on 3DS before the franchise makes the jump to the Switch. If this holds true, it looks like generation 8 is going out with a bang.

This morning, Pokemon released a new trailer unveiling Team Rainbow Rocket, a new and improved version of the most iconic group in the Pokemon series. In addition, players will be able to battle all of the big bad bosses from throughout the franchise. This includes Archie (Team Aqua), Maxie (Team Magma), Cyrus (Team Galactic) and Ghetsis (Team Plasma). Perhaps Giovanni is uniting all of these crime heads under one roof, hence the name Rainbow Rocket?

This trailer also shines the spotlight on the Battle Agency. A feature that will allow players to “rent powerful Pokemon and battle one-on-one.” This seems similar to modes we’ve had in previous Pokemon games, and could potentially be replacing the Battle Tree that was introduced last year in Sun and Moon.

While completing island trials in Sun and Moon, players would encounter Totem Pokemon; larger and stronger versions of Pokemon with enhanced stats. Ultra Sun and Ultra Moon will give players the opportunity to have their own Totem Pokemon by collecting and trading in the Totem Stickers scattered around the Alola Region.

Lastly, the trailer shows an all-star roster of legendary pokemon that players will have the chance of catching via an Ultra Wormholes. Most major legendary Pokemon from every generation make an appearance in the trailer. From Mewtwo, Lugia, and Ho-oh all the way down to Yveltal and Xerneas.

There’s only a couple of weeks left before Pokemon Ultra Sun and Ultra Moon launch worldwide on November 17!