How To Skip The Intro Videos for Wolfenstein 2

The PC version of Wolfenstein II: The New Colossus is the definitive version of the game. It looks and performs better than its console counterparts if you have the hardware to handle it. A shoe-in for inclusion on year-end top ten lists, Wolf II satisfies the need for filling nazis with lead. Once you’ve tasted a bit of the carnage, the urge to return will eat at you.

Unfortunately, each time you load the game, you will be treated to a parade of unskippable cutscenes, copyright notices, and epilepsy warnings. Having to sit through these is a first world problem, for sure, but with a small bit of tweaking, you can bypass most of them and get right into the action.

How To Skip The Intro Videos in Wolfenstein II

The first thing you need to do is track down the library listing for Wolfenstein II in your Steam Library. Right-click the entry for the game and select “Properties”. Once the Properties screen pops up, click the button labeled “SET LAUNCH OPTIONS”. In the prompt that pops up on your screen, paste in the following command:

Click Okay on the command prompt and the properties dialogue window and you are good to go! 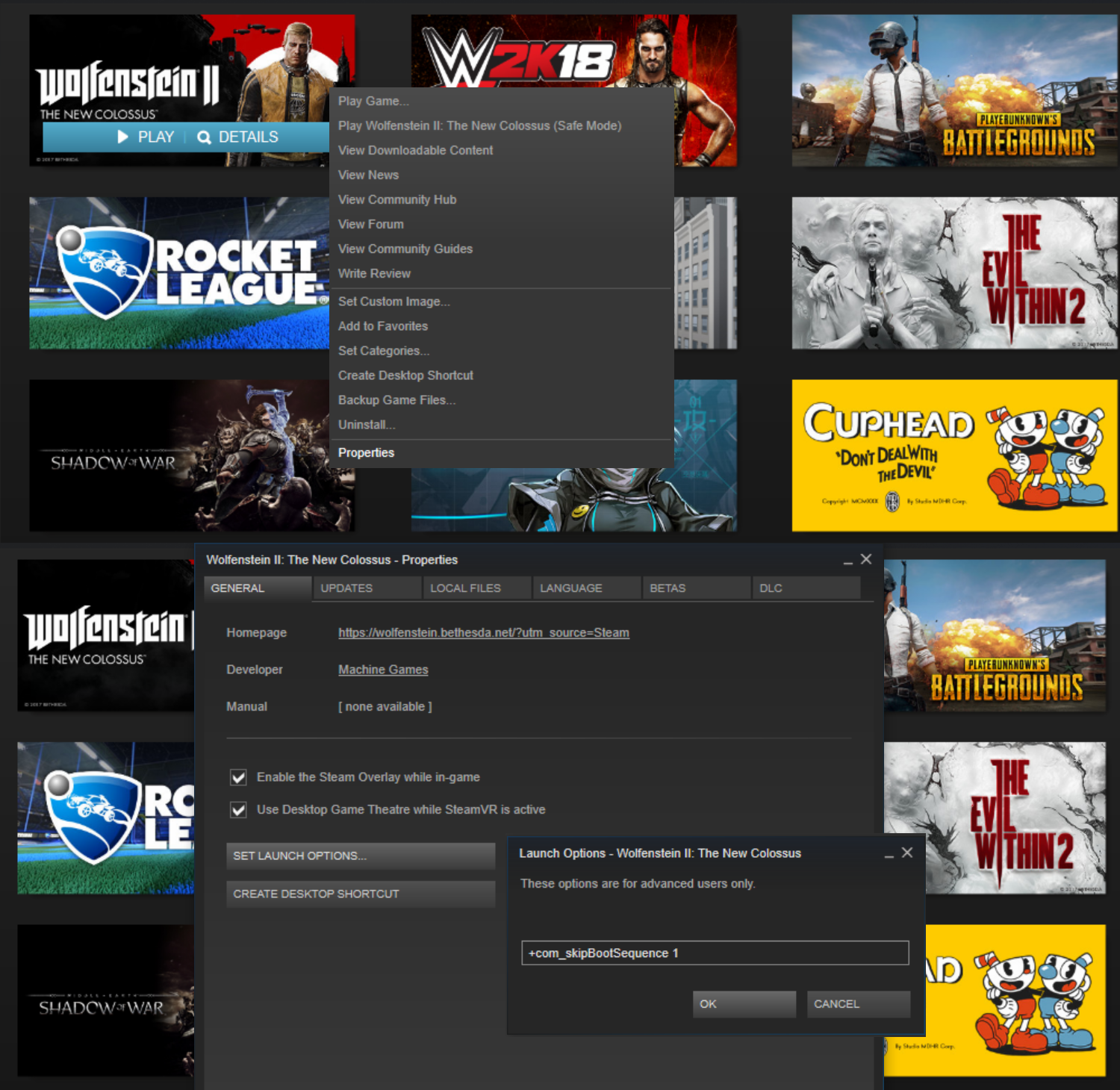 How To Enable The Steam Overlay for Wolfenstein II

By default, Wolfenstein II will not launch with the Steam Overlay enabled. You can get it working again by following most of the steps used to disable the intro videos. In the same launch options prompt opened from the game's Properties dialogue box, type in the follow command:

If you are using more than one launch command, make sure each is separated by a space and that each command begins with a +