Junkrat has cemented himself as one of Overwatch's most popular characters, through his wacky mannerisms and also through his penchant to annoy opponents with his endless array of explosives. So now Junkrat is taking his act to the Nexus as the next member of the Heroes of the Storm roster.

As one would expect out of Junkrat, his trait is Total Mayhem, in which he drops five grenades that all explode after 0.75 seconds. Each of the grenades deals 250 damage to nearby foes, giving Junkrat a tempting reason to kamikaze himself at certain points in the game. It also makes Nexus rushes near the end of the game a hairier proposition for teams on offense, since a well-placed Junkrat death could do some heavy damage. 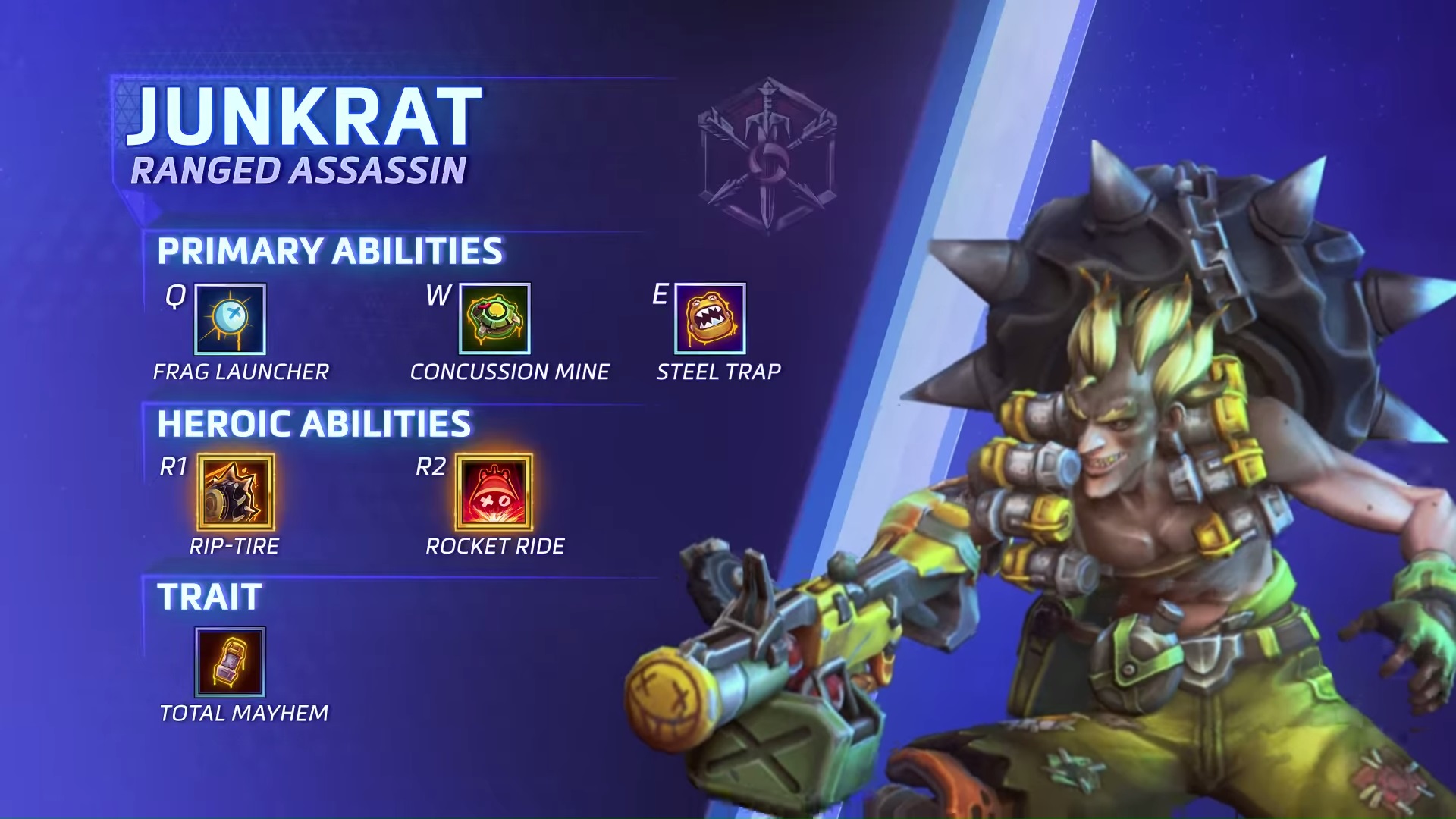 Here are Junkrat's attacks and abilities:

Junkrat will look to cement himself as the crowd control hero of choice for the Heroes of the Storm world. Those on the Public Test Realm can start picking up the Overwatch hero today. The full PTR patch notes can be found here For more on how to wreak havoc with Junkrat, watch the video below.

EPOS Sennheiser is partnering with BLAST Premier on a new project