Microsoft officially launched its Windows Phone platform back in 2010 in an attempt to shoehorn itself into the lucrative smartphone market with Apple and Google. In October of that year, HTC delivered the first handset featuring the Windows Phone operating system, the HTC 7. The Windows Phone operating system used Microsoft’s Metro UI and offered a smattering of live tiles for its homescreen. The Metro UI was also featured in the company's largely unpopular Windows 8 desktop OS, possibly contributing to consumer hesitation towards the mobile counterpart. Windows Phone never gained traction with users or app developers and has been on life-support for years. It appears that the plug has finally been pulled.

In a tweet posted yesterday, Joe Belfiore, a Vice President in Microsoft’s operating systems group, revealed that the Windows Phone platform would see no further hardware or software feature updates and that existing users should expect nothing more than bug/security fixes going forward. 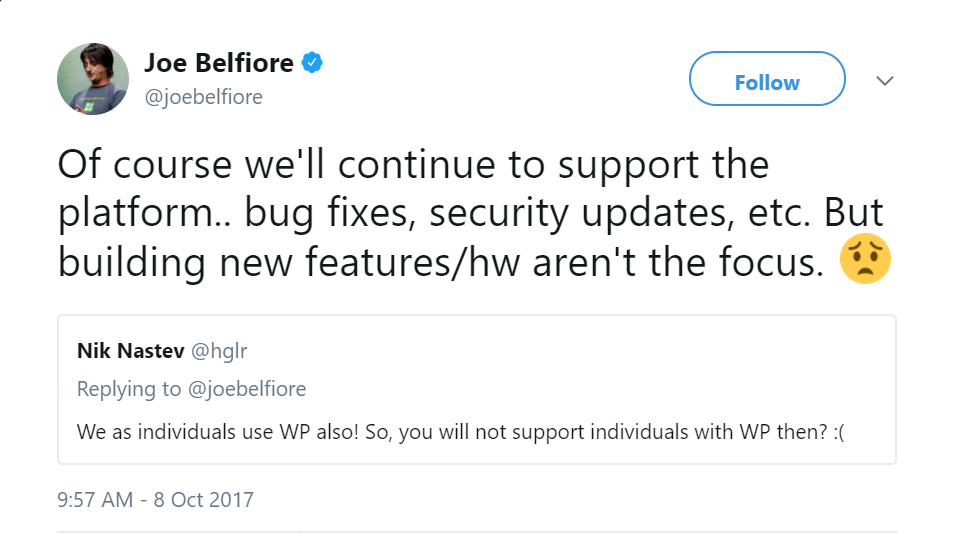 Belfiore also touched on the struggle Microsoft had getting third party developers and end users to pay attention to its baby. Maybe people would have been more willing to smile and wave at that baby if it wasn’t so ugly and unpopular. That one guy on the forum you read occasionally is going to be super-bummed about all of this.

Knockout City: Season 4 gets visited by Alien Invaders next week