The first season of Overwatch Contenders wrapped up Sunday at the all-new Blizzard Arena. The former Tonight Show studio was packed with Overwatch fans and they were witness to some incredibly close matches, capping off with a victory for Team Gigantti and a dominant showing for Team Envy.

Team Envy was in full control throughout the entirety of the NA Grand Finals, showing poise even as runner-up FaZe Clan attempted to get back into the game. FaZe ultimately had no answer for George "ShaDowBurn" Gushcha and his Genji, who looked unstoppable throughout the finals. Team Envy caps off a tournament of total destruction, going through the entirety of Overwatch Contenders without dropping a single map.

FaZe Clan had a brief chance to get back into it, taking an early 2-0 lead on Temple of Anubis in the third set, but ShaDowBurn led a fierce rally, culminating in a convincing control point win on the final round. A quick early lead in the final set was also lost, with Envy's Timo "Taimou" Kettunen bringing the Blizzard Arena crowd to its feet with a late switch to Bastion.

The EU finals kicked off the day, with Misfits entering heavily favored. The team had not lost a set and only dropped two maps entering the semifinal weekend and already had a victory notched over Team Gigantti. However, the Finnish squad was ready for Misfits this time around. Behind the lights-out play of Jiri "LiNkzr" Masalin (who traded off between Widowmaker, Genji, and McCree), Team Gigantti was able to ward off a Misfits comeback and hang on for a 4-3 victory. 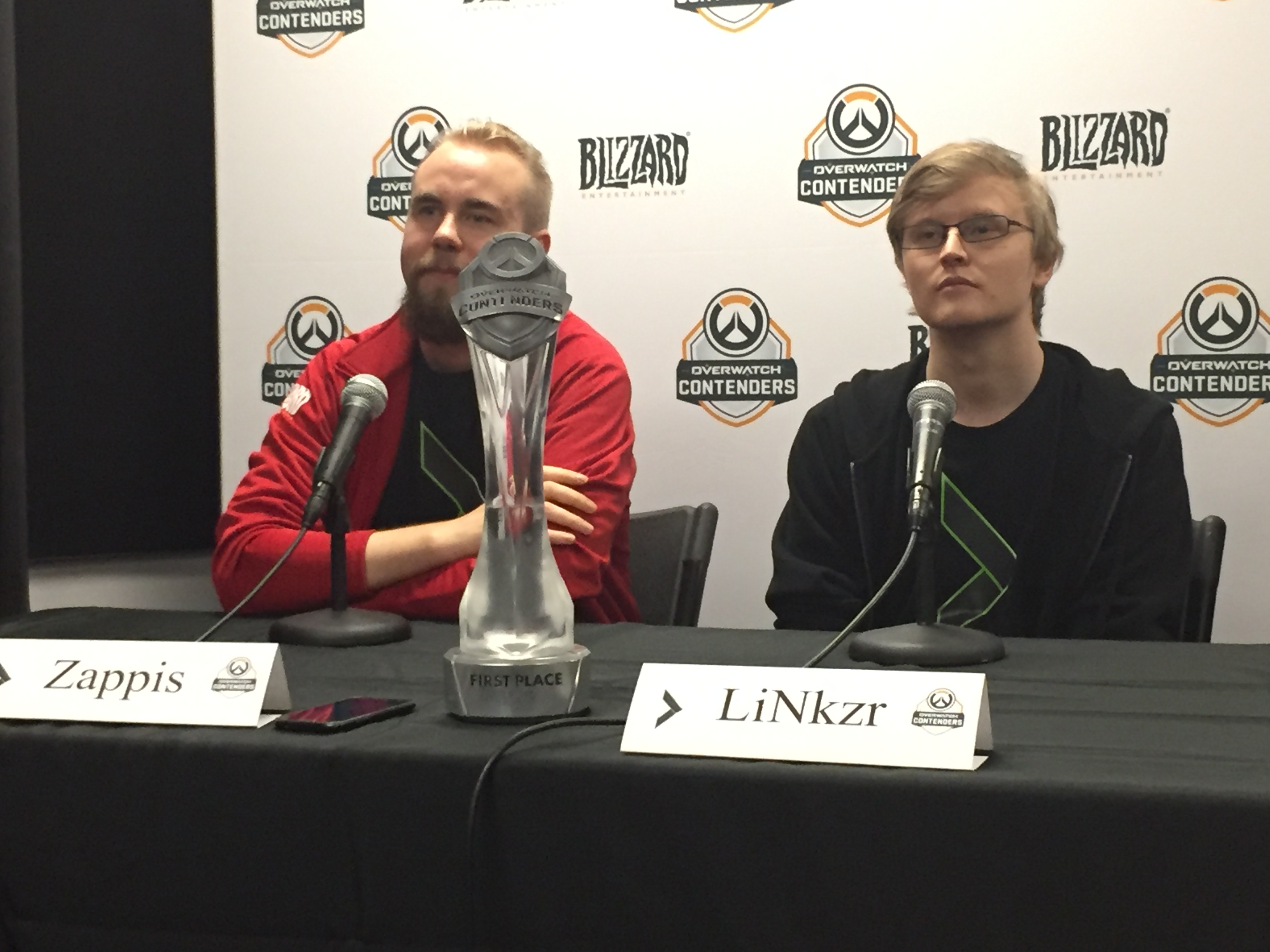 "I'm just really happy I won my first major tournament," LiNkzr said in the post-game press conference. "It feels amazing and I'll always remember this day. It's like something that, with Overwatch League coming, hopefully I get in. This is like the stepping stone, basically."

Some Overwatch esports followers may recognize Team Gigantti as the former Ninjas in Pyjamas. The Finnish squad was released into free agency after NiP opted to step away from Overwatch, citing a lack of European tournaments.

This looks to be a small taste of what competitive Overwatch will have to offer in the coming months, as the Overwatch League is set to begin its first season in January, where Team Envy will compete as the Dallas Fuel.