Google Lens and ARCore Will Augment Reality on Pixel 2

Various rumors and leaks have surfaced as we got closer to today's official reveal of the Pixel 2, including Google courageously removing the headphone jack from the new version of their flagship phone. Google took the stage during their live event and showed off a plethora of new features for the Pixel 2, a large collection of them influenced by machine learning.

The Google Assistant can now be triggered by squeezing your Pixel 2, even working when in a case. This makes the use of the Assistant that much easier to initiate so that users are more inclined to utilize the dynamic tool.

The Routines feature brings a custom string of tasks for the Assistant based on your voice input. For example, telling Google Assistant "let's go home" will set off events like sending a text message, initiating Google Maps, starting a podcast you were listening to on your drive, and more. 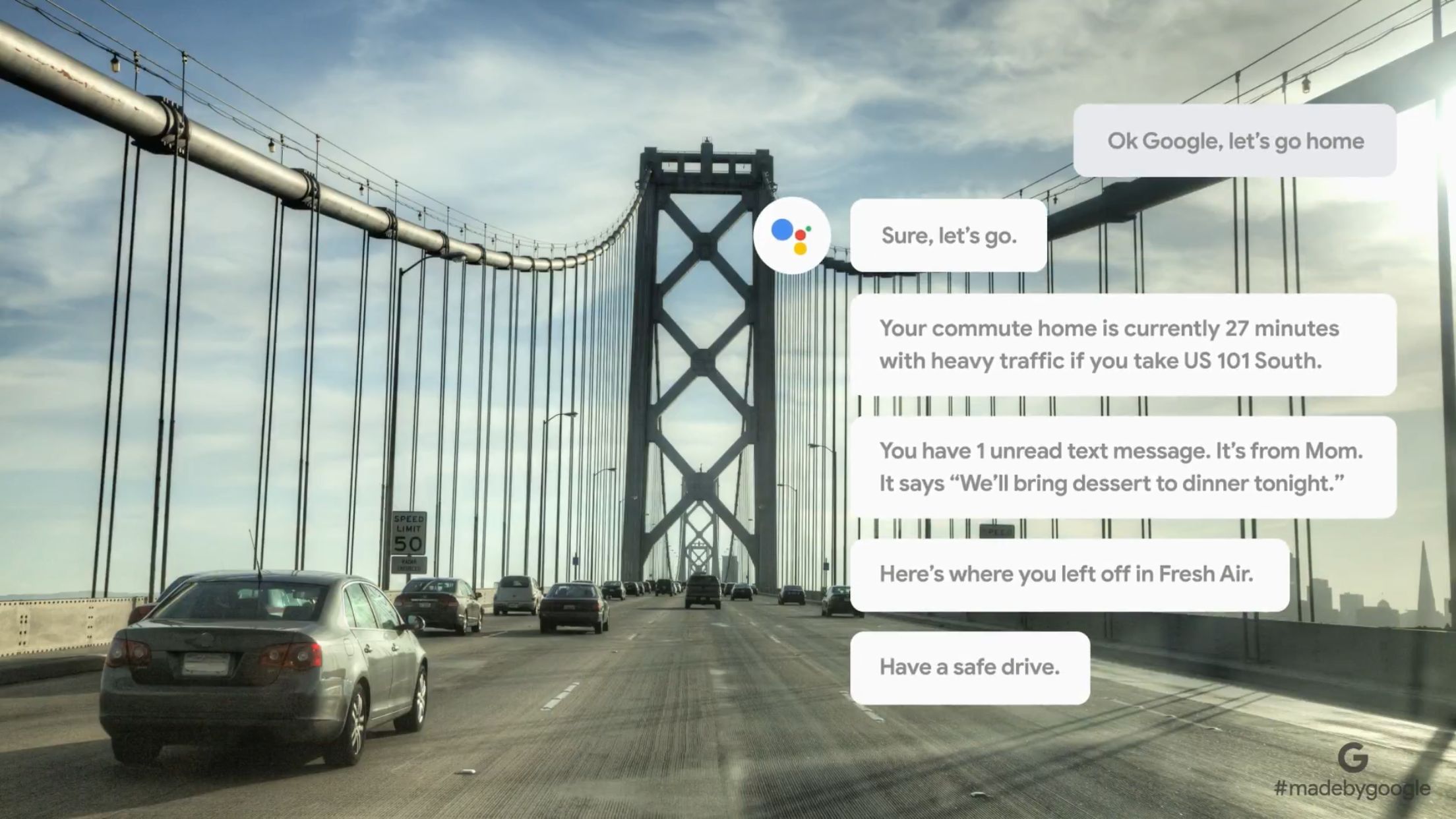 Google Lens is an image recognition feature that can answer questions like "how good is this book" or "is this movie any good" by pointing your camera at the subject and asking the question. is powered by Google Search's comprehensive library of content, giving users nearly infinite well of information to tap with Lens and Google Assistant. The search index has reached a number in the trillions now. Lens will be available to Pixel users first and will come to other Android users in the future. 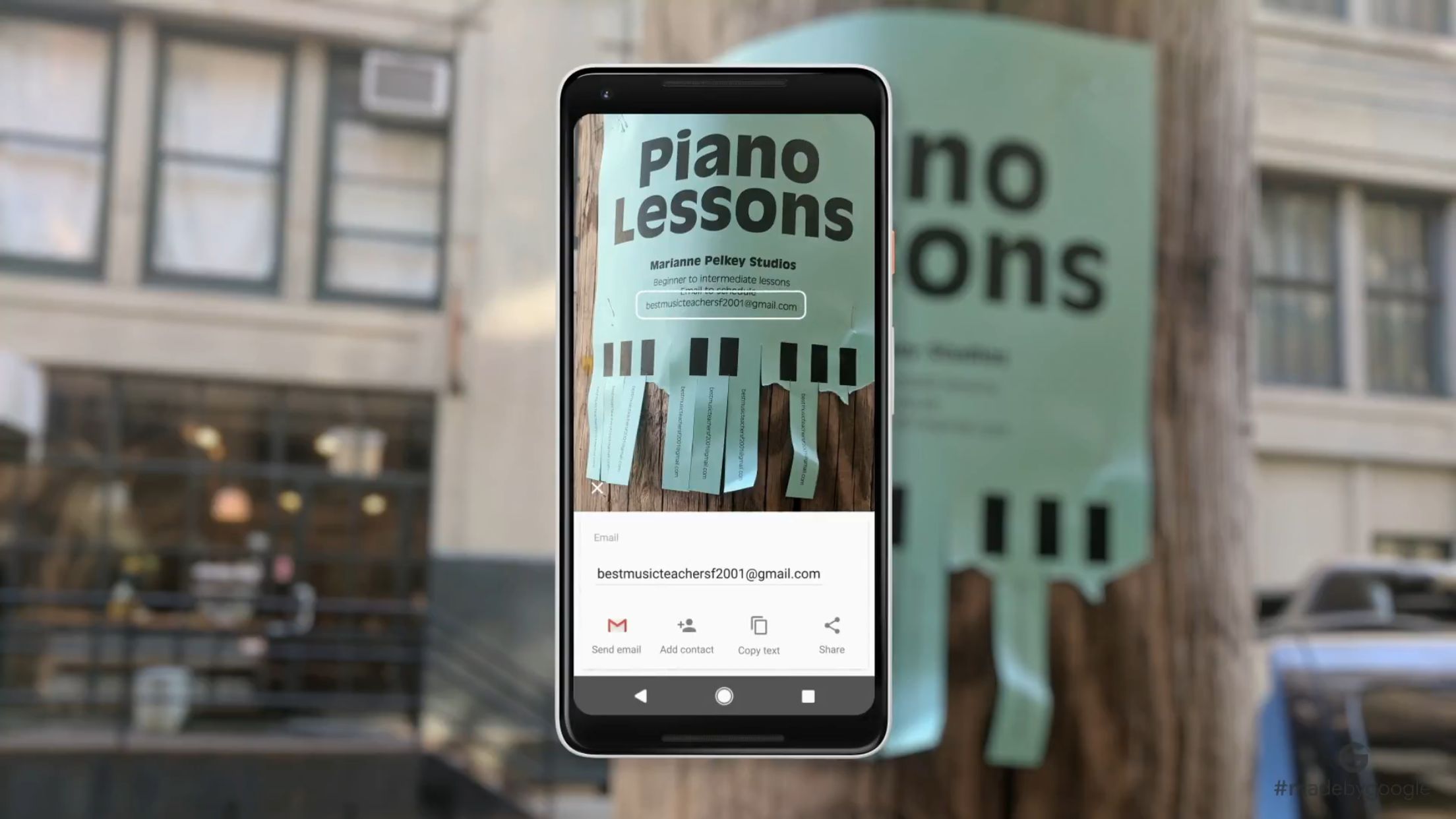 During the reveal of the Pixel 2's features, the company took an opportunity to showcase some projects powered by their ARCore platform. The first major showing involved the AR Stickers feature and they showed off some content inspired by the Netflix original series Stranger Things. In the on-stage demo, Stranger Things character 11 was placed on the stage via AR and fought against the Demogorgon monster from the show.

As expected, the Pixel 2 has upped the ante when it comes to digital photography on smart devices. The phone receives a DxO Mark score of 98, which is the highest score of any smartphone camera. Pixel 2 uses a single lens and pairs it with machine learning to get great portrait shots. This feature will be available for both the front and rear cameras on the Pixel 2 and Pixel 2 XL. The camera also takes stealth images before and after your picture to help fix with motion in images. 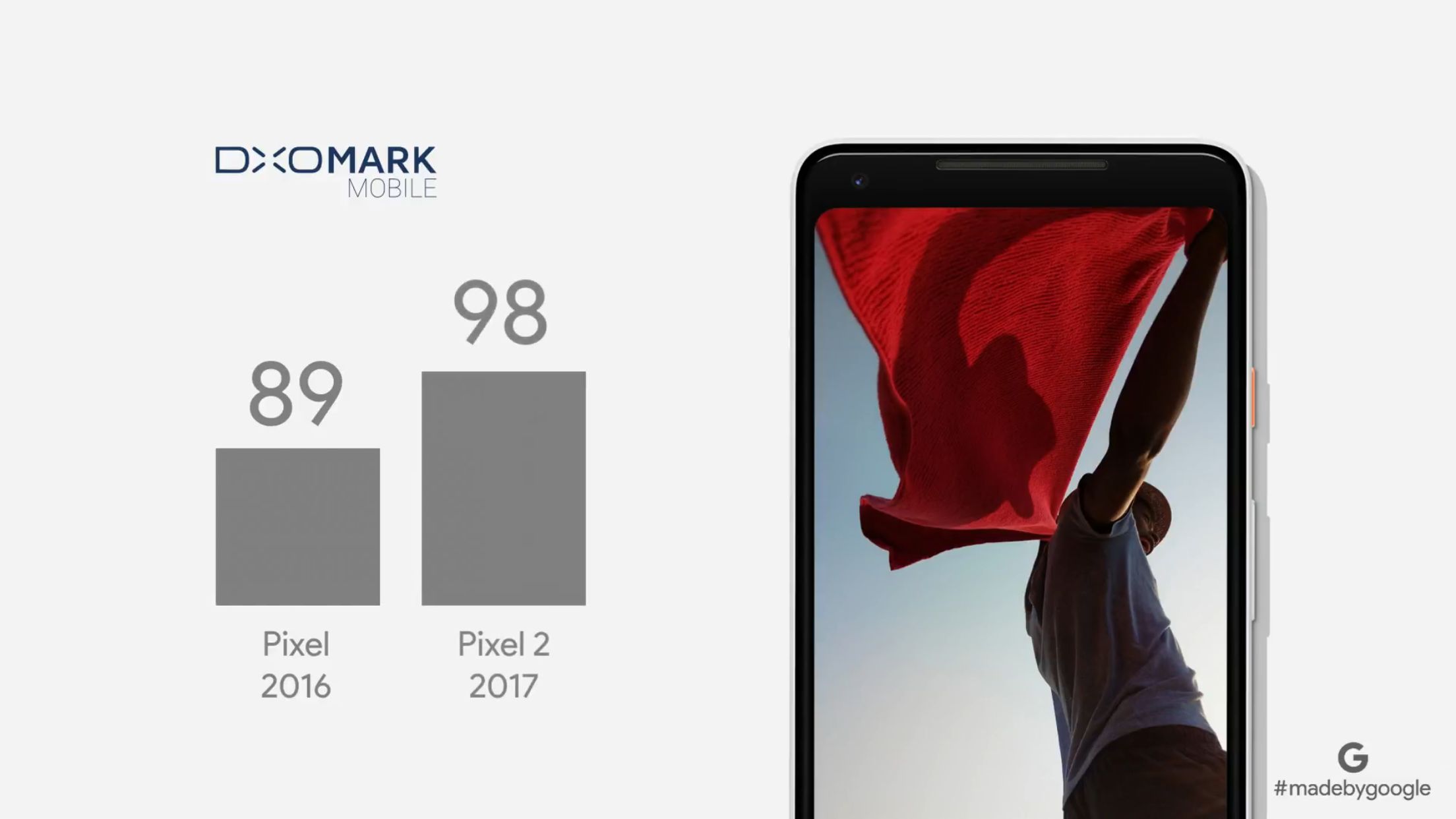 Preorders for the Pixel 2 and Pixel 2 XL are available beginning today. The Pixel 2 will be available for $649/$749 (64GB/128GB) with the XL version priced at for $849/$949. The standard Pixel 2 is being manufactured by HTC, the company that Google has initiated a deepened relationship with, and the XL will be made by LG.