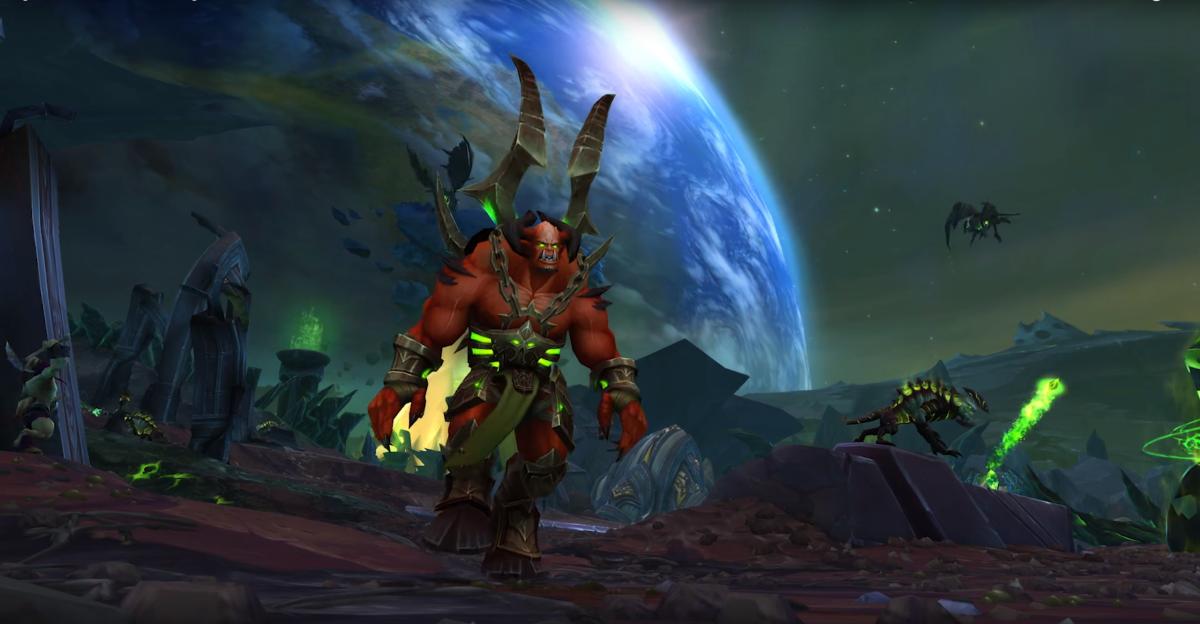 World of Warcraft 7.3 Update Takes the Fight to Argus Today

World of Warcraft's next massive update goes live today, with the 7.3 Shadows of Argus patch taking players to the Legion homeworld and reuniting players with two long lost heroes of lore, Alleria Windrunner and High Exarch Turalyon. Servers were supposed to be down until 3 p.m. PT / 6 p.m. ET, but they have already come back up.

Shadows of Argus will add a new heroic and mythic four-boss dungeon called Seat of the Triumverate, and add new invasion points that will take anywhere from 3-10 players to a Legion world to fight unique world bosses, each dropping unique loot. The Draenei ship the Vindicaar will be base of operations for players, who will be able to unlock teleport pads around Argus to get around the world quickly, since flying will be disabled.

The patch will add new Argus world quests, two new factions for reputation and gear upgrades, as well as a new way to enhance relics for your artifact weapon through the Netherlight Crucible. There will also be new crafting materials for professions and a new currency to gather (similar to Nethershards when the Broken Shore opened up) to trade for gear and items.

If you are a fan of your class hall missions, followers gear levels have been boosted from 900 to 950, and new missions on Argus will become available. Player gear levels will also get a boost through mythic dungeons, capping at 915, with the possibility of 935 through weekly loot chests.

All of this is the initial phase likely leading to patch 7.3.5, which should open up the new raid, Antorus, the Burning Throne. That raid is expected to have nine bosses, beginning with the return of dreadlord Varimathras and ending with Argus itself. Unfortunately, ultimate Legion bad guy Sargeras is not to be found in the raid, which means that a 7.4 patch could also be in the works as well with a new raid and preparations for the next as-yet-unannounced expansion.

As with any patch, there are also a ton of bug fixes and balance tweaks. Here is are the patch notes: