It is now easier than ever to share proof of you chicken dinner and world-class bike flips using nVidia’s new Shadowplay Highlights system. Officially introduced today at Gamescom 2017 in Germany, Shadowplay Highlights allows player to quickly and easily find and share captured clips of the best moments in PUBG matches.

Using the new Shadowplay Highlights requires that player have the nVidia Geforce Experience version 3.8 or newer and today’s PUBG patch installed. Shadowplay Highlights can intelligently capture and save different types of moments or interactions during rounds and makes them available to the player to view, trim, and share via social media from within the game.

The captures are triggered by specific game events, and which of these events will be automatically captured is customizeable within the GeForce Experience settings. When one of these highlights is recorded by Shadowplay, players will get a notification that the clip was captured. At the end of a round, a shortcut button will open up the GeForce Experience overlay and display the clips from the preceding match or clips that were captured in earlier rounds.

To celebrate this new feature, PUBG developers Bluehole and nVidia are running a contest to find the best Shadowplay Highlight clips. Winners will be eligible to receive GeForce GTX 1080 Ti GPUs or some awesome GeForce-styled USB drives. The full details of the contest can be found here.

In addition to PUBG, the Shadowplay highlights feature will also work with the recently released Lawbreakers. nVidia plans to add support for more games in the future with updates to the Geforce Experience. Gamescom 2017 also saw the announcement of the partnership between Microsoft and PUBG for the Xbox One X.

To go along with the automatic clip capture, today’s PUBG update also adds support for nVidia’s HBAO+ ambient occlusion. This effect allows for more realistic shadows and shading where two objects meet (for the folks who play at something other than low settings). The screenshot below demonstrates the improvement that HBAO+ provides to PUBG. 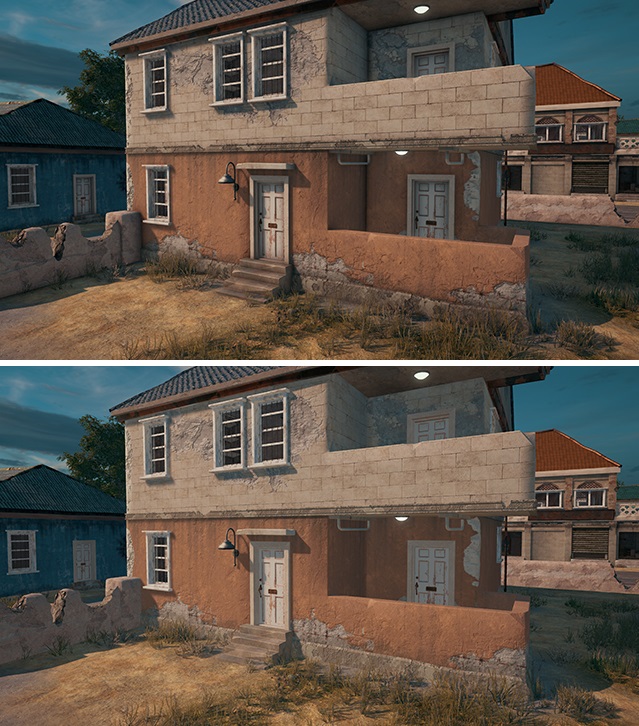