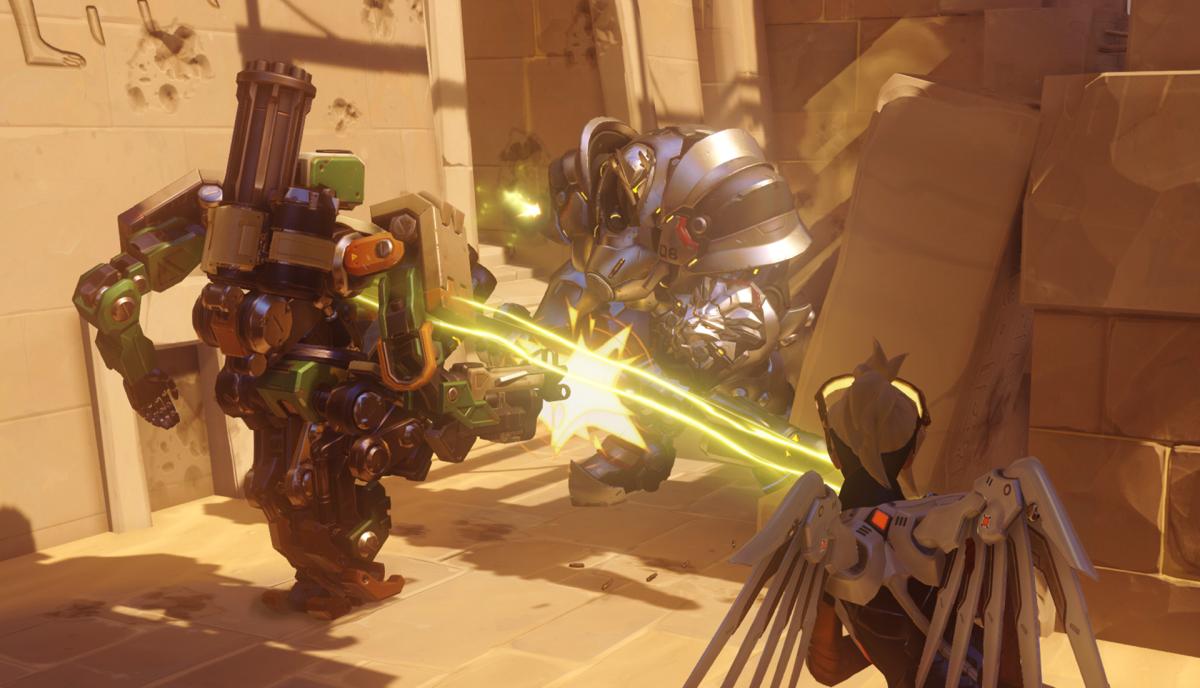 Never Say Never: Overwatch is Getting Deathmatch After All

At BlizzCon last year, Overwatch game director Jeff Kaplan said that he didn't envision a Deathmatch mode coming because "it wasn't right for the game." Well, it appears Blizzard has found a way to reconcile the two, as Deathmatch and Team Deathmatch are now available on the Public Test Realm.

"Our thought was that, in Quick Play and Competitive Play, we always wanted teams focused on objective-based combat, and not off kind of doing their own thing," Kaplan said in a new Overwatch developer update video. He said that, with the introduction of Arcade last year, it has given the dev team a chance to look at new modes that we wouldn't have done previously for Quick or Competitive Play. Enter the Deathmatch.

The new Deathmatch and Team Deathmatch modes will be a bit different in feel, Kaplan said. Regular Deathmatch will pit the players against seven other players to see who can get to 20 kills first. There is no limitation on what characters you can play, and a new scoreboard has been created to track kills. The good news is that you don't have to be the top player each to get credit toward your three loot boxes each week, just in the top four.

As for the maps, some of the Assault, Escort and Control have been modified to better accommodate Deathmatch mode. Also, a brand new Guillard Chateau map, located at Widowmaker's family home in France, is being introduced specifically for Free-For-All Deathmatch, It includes jump pads, open areas and tight corridors, but the best part is that players who love the lore and like to dig into what could be coming in the future should be able to find clues littered across the map.

The other mode is Team Deatmatch, and with 6v6 combat in a battle to get 30 kills. Kaplan expalined that Mercy could be a key team member as her Resurrect ability takes kills away from the opposing team. Also, maps will be pulled from different pool, such as CTF or Arena, because the dynamics of Deathmatch and Team Deathmatch are different enough to warrant it.

"I think a lot of you who played old-school shooters will really love the vibe that this brings," he said. "And more important to me is that I look at this as just the beginning of what we can be doing with the Game Browser, Custom Games and Deathmatch as almost a platform." he said they will looking for ways to add new and interesting rules to Deathmatch and Team Deathmatch going forward,

Kaplan said the mode was coming to the live servers "really soon," which could likely mean the update this week or next. You can check out the full PTR patch notes and update highlights on the official site.