The Seventh International Dota 2 Championships, TI7, are going on right now and the final matches are set. Please take a look at our guide for how to enjoy the last day of the biggest esports tournament of the year.

How much is the Dota 2 TI7 Prize Pool?

The International's Prize Pool is above $24 million this year. Here is how Valve plans on splitting up all that loot. 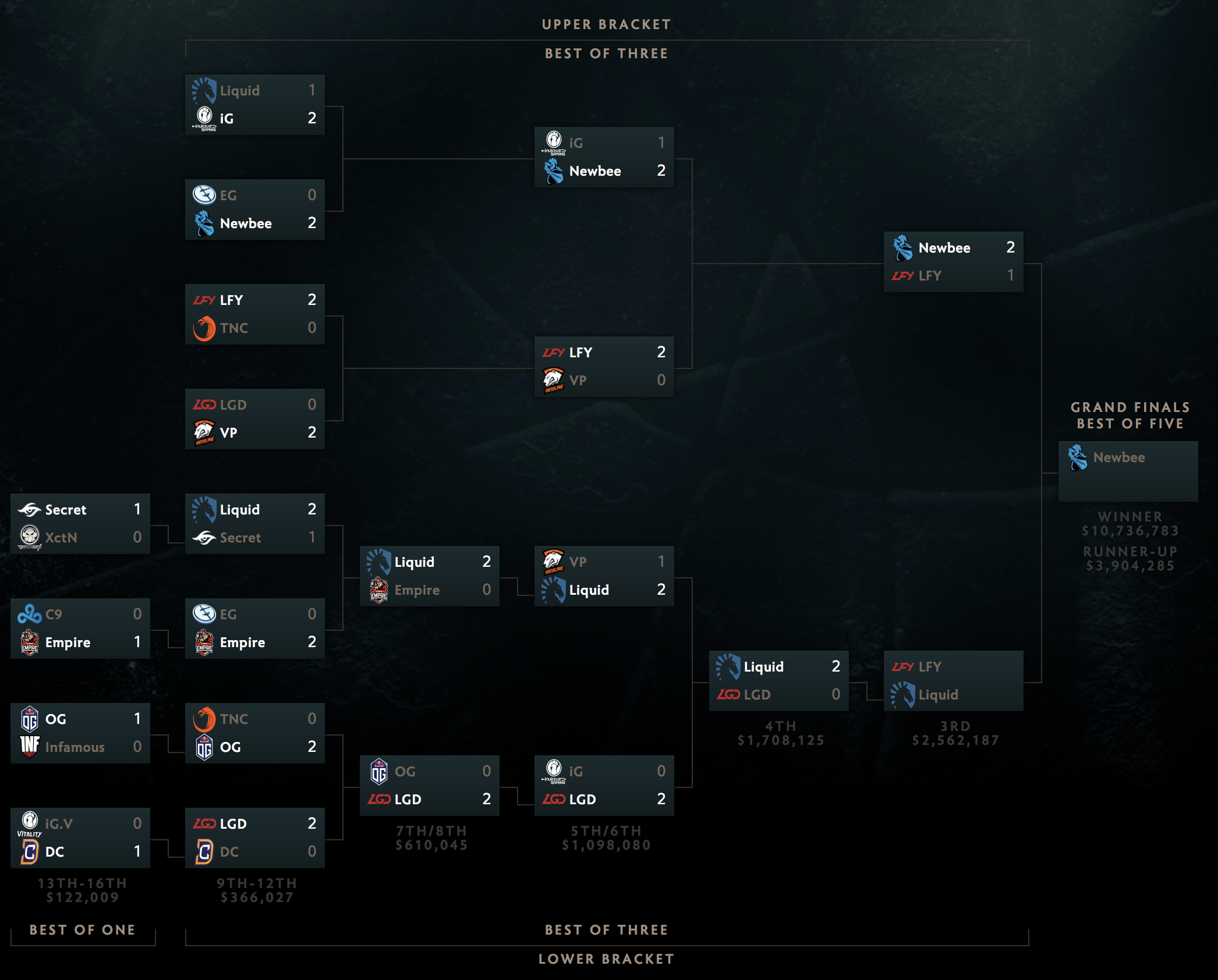 There are a number of ways to watch the International Dota 2 Championships. Please take a look.

How to Watch The International Dota 2 Championships VODs?

DotaVODs Subreddit has a great list of TI7 VODs

Saturday's final day of play will begin at 10 am Pacific  with the last (lower bracket) semifinal between LFY and TeamLiquid. Following that match, the winner will face Newbee in the best of five Grand Finals.

The final three teams are competing for the top spot in a record-setting prize pool of over $24 million.The largest purse in all of esports, the seventh annual International's prize pool recently broke last year's record of $20,770,460, and is still growing.

For more on the event and all things Dota, please visit http://www.dota2.com/play/

Did you see that Elon Musk's AI project, OpenAI, beat a pro Dota 2 player on stage at TI7? Crazy!