Hearthstone: Knights of the Frozen Throne - Analyzing Malfurion the Pestilent 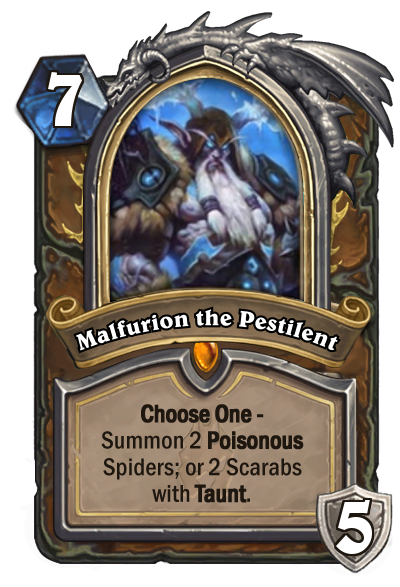 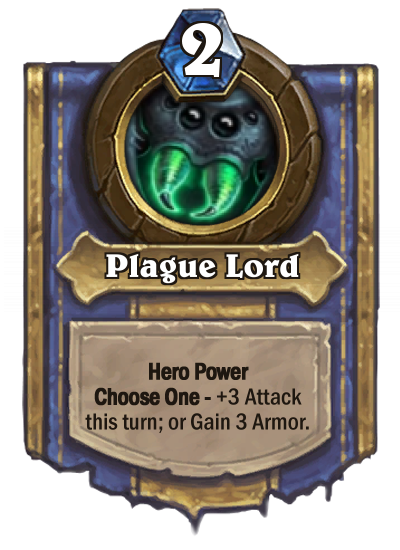 Let's be honest. After some of the insane Death Knights that have been revealed to this point, Malfurion the Pestilent (or "Malfurious") looks... uninspired.

His Hero Power goes from a +1 Attack/+1 Armor play to a +3 Attack/+3 Armor choice, which doesn't sound as much fun. However, it is pretty effective. It can act as better versions of the Hunter and Warrior Hero Powers and be chosen as the situations on the board change.

The Druid gets board presence, but the board presence feels minimal. 1/2 Poisonous Spiders feel like they're easily washed away with spell removal, while 1/5 Taunt Scarabs are a nuisance, but ultimately a dent in the opponent's board presence. This Death Knight play doesn't give the Druid a lot to work with.

Part of the reason for that is because the Druid has been given substantial resources over the course of this expansion and previous ones. Jade Druid, Token Druid, Quest Druid, and Zoo Druid are all powerful in their own ways. Given all of those resources, it may be that Blizzard simply determined that Malfurion didn't need any extra help. 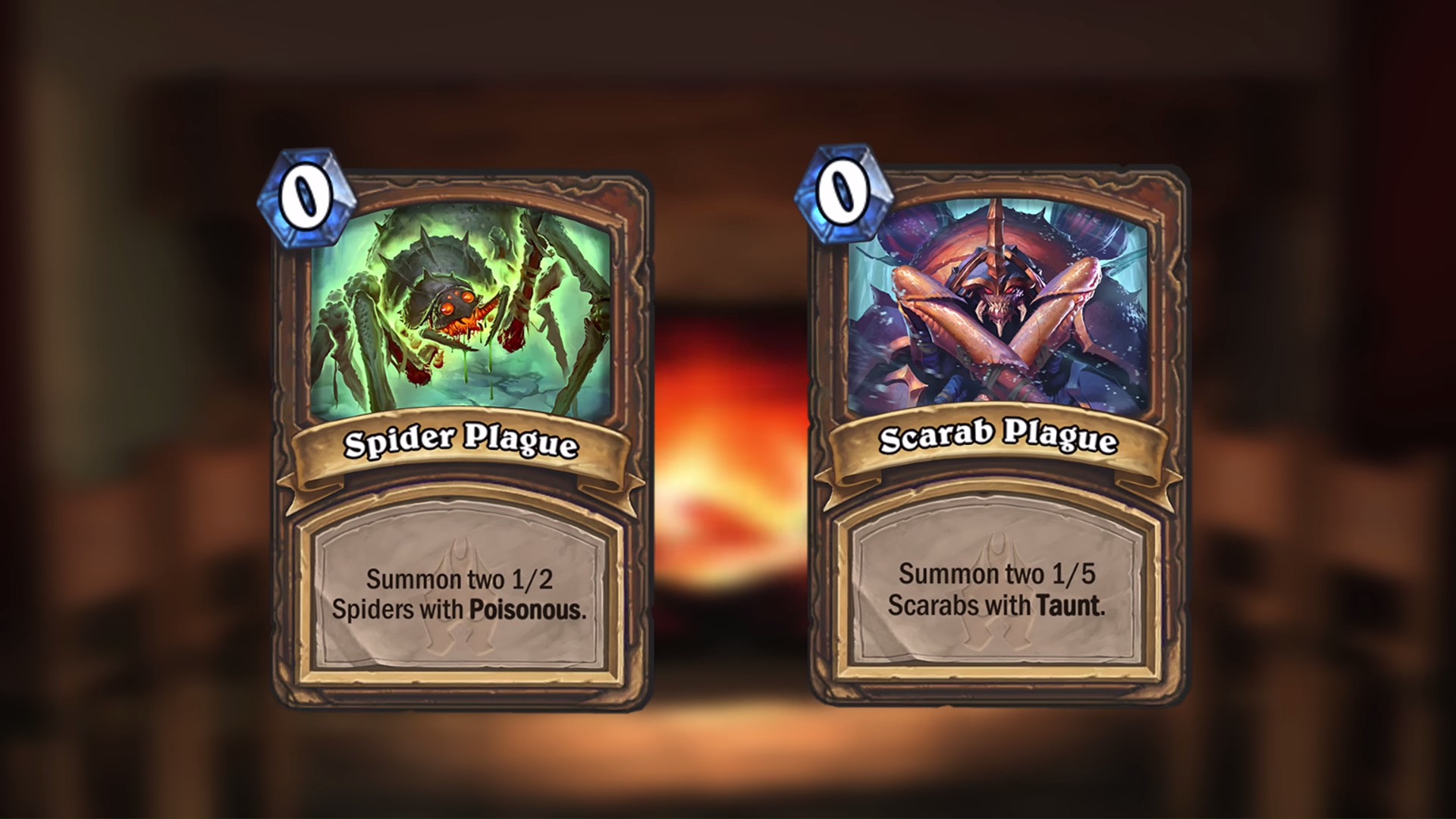 There isn't a lot here in the way of synergy. However, this play makes Fandral Staghelm essential. This would mean the 7-mana Death Knight Druid play would summon both the 1/2 Poisonous Spiders and the 1/5 Taunt Scarabs, creating some daunting board presence. When flanked by Taunt minions, the Poisonous Spiders become a lot more dangerous, even if they're still vulnerable to spell removal. Sadly, it doesn't look like Fandral will work on Malfurion the Pestilent's Hero Power, since the card text clearly states he only works on Choose One cards, which is too bad, because a Hero Power that grants 3 Attack and 3 Armor would be pretty amazing

It should be noted right now, though, that Fandral Staghelm is due for rotation into Wild next Standard year, so enjoy him while he's around.

The Death Knight Druid will benefit from not just the Armor boost, but from future Armor boosts, which should help ward off threats as he gets his own on the board. However, the severity of the Druid's threats will ultimately depend on the player's own deck, whether it's endless Jade Golems or the 0-cost monstrosities of the Quest Druid. (The video shows Malfurion the Pestilent being played in a Quest Druid deck.)

What does make this Death Knight Hero interesting is that because he's not dependent on any particular constructed deck, he becomes an intriguing choice for Arena. As those games start to go later and later, having a 3 Attack or 3 Armor play to call upon at any time can be a godsend. It should be interesting to see what Arena players can do if given the opportunity to wield Malfurion the Pestilent.

Playing Against Malfurion the Pestilent

Nothing special needs to be done against Malfurion the Pestilent, as any standard strategy will apply. The only difference is that the game is suddenly going to drag out a lot more, thanks to his Hero Power.

Aggro decks should have no trouble against the Death Knight Druid. The aggro strategy can take him out before the Death Knight hits the board. Shaman and Hunter, in particular, will be a good matchup for Malfurion. Pirate Warriors always have a chance, but given the Druid's influx of Taunt options, including the ones from the Death Knight play, they may (literally) hit a wall.

Freeze Mages have the potential to finish in one turn, but the problem now becomes the sudden influx of Armor. The Hero Power will add to the Druid's Armor options and an Earthen Scales play might keep him completely out of reach. At that point, go Death Knight and hope that Frost Lich Jaina's power can keep her in the game long enough to outlast Malfurion the Pestilent's growing Armor reserve.

The rest of the Death Knights are coming! With the big expansion set to drop on the 10th, the remainder of the reveals are imminent. Also, be on the lookout for analysis on the rest of the expansion's cards over the next couple of days.