To start off, let's analyze the first batch of cards revealed during the initial announcement stream. From there, it'll be time to move on to the fresh batch of cards announced over the course of the week. 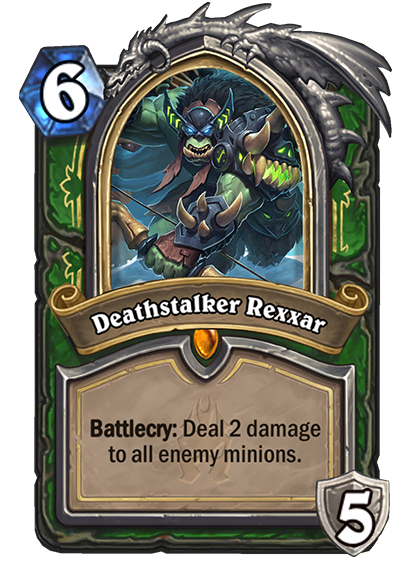 Quick Analysis: The first of the new Hero Card types revealed, Deathstalker Rexxar's Hero Power allows players to build up custom "zombeasts." These are unholy amalgamations of two beasts out of a random assortment, potentially creating game-changing minions. Assuming the Hunter player can maintain control of the board, as noted in our recent interview with members of Hearthstone's dev team, Deathstalker Rexxar will have a neverending supply of late-game options. 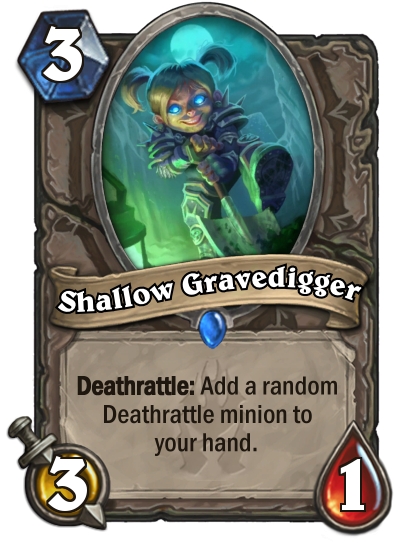 Quick Analysis: Blizzard promised more Deathrattle minions and Shallow Gravedigger starts things off. A decent 3-mana option that provides some additional help for later in the game, look for this minion to become a staple of N'Zoth decks, especially in Priest decks. Quest Priests will find this card incredibly valuable. 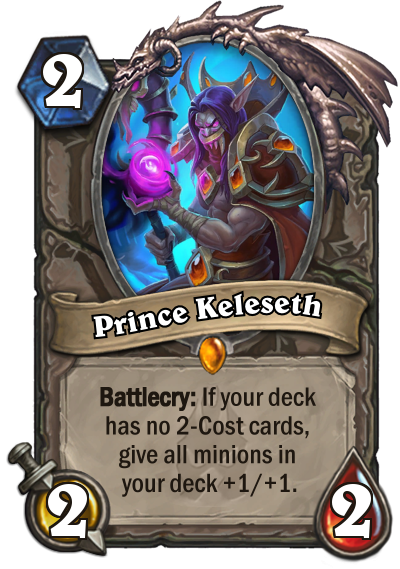 (2) Prince Keleseth (2/2)
Type: Minion
Class: Neutral
Rarity: Legendary
Battlecry: If your deck has no 2-cost cards, give all minions in your deck +1/+1.

Quick Analysis: An experimental Legendary, this is far too circumstantial to work in any sort of viable deck. On top of that, there are way too many valuable 2-cost cards out there for all classes. Imagine a Mage without Frostbolt, a Paladin without Hydrologist, or a Hunter without Crackling Razormaw. This card isn't worth sacrificing those other far more useful staples, so don't expect to see much of the Prince in action. 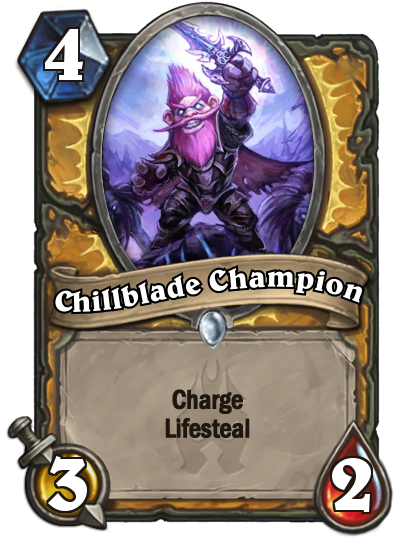 Quick Analysis: There isn't much to say about this guy, other than he's the first of the new line of Lifesteal mechanics. Of course, he's not the first Lifesteal minion in the game, but he's the first of this expansion. He's a pricey proposition for such menial stats, but more than that, he doesn't fit into any particular constructed Paladin deck. I wouldn't see him taking any spots on the Paladin totem pole, especially given that class's momentary focus on Murlocs. He might find a home in Arena, though. 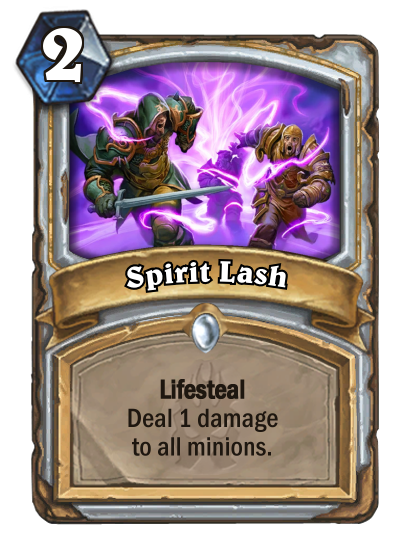 Quick Analysis: For the early game, this could be solid for Priests. Look at it as a hard counter to the increasing number of zoo decks across Shaman and Druid, not to mention those Pirate Warrior decks that don't seem to die. It could be considered a mini-Holy Nova, but look at it more as a mini-Maelstrom Portal. Priest doesn't have enough area-of-effect removal and this is a decent one for the early game. But it won't replace Dragonfire Potion in the late game.

That's all for now, but come back later in the week as Shacknews analyzes the full first week of Hearthstone card reveals.