Twitch Streamers Have Raised More Than $75 Million for Charity

Despite some negative publicity and some bad apples, gamers are really good-hearted folks. Case in point, Twitch has announced that its community has raised more than $75 million for various charities since the popular streaming service launched in 2011.

Various charity streams on Twitch raised more than $25 million last year, while more than $9 million has been raised so far this year, the company said in a blog post. Here are some of the bigger events:

Twitch maintains an active Charity Twitter account, and even has a desktop charity server for those that want to keep up with the events and possibly donate down the road.

And while the Twitch numbers are wonderful, don't forget other charities helping others, such as Extra Life and Ablegamers.

Congrats to the awesome people helping others. 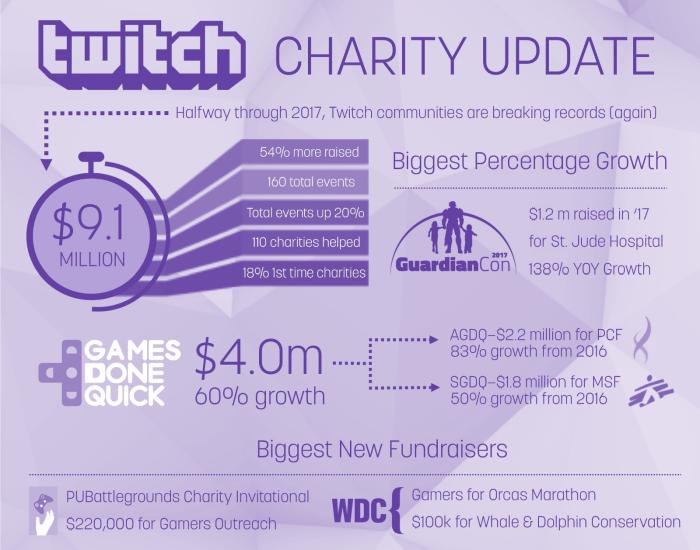